Two of Siem Reap’s gallery owners give us their tips on how to experience the arts scene in the city they call home. With its rich Cambodian heritage and close proximity to the ruins of Angkor, Siem Reap is a hub for the traditional arts, from ornate Khmer architecture and carvings to traditional puppetry and dance. But, the city also has a burgeoning contemporary arts scene, as artists and designers set up shop with their own boutique galleries, studios and stores. John McDermott and Narisara Murray, co-owners of Siem Reap’s McDermott Gallery give us their tips on how to experience the city’s intimate arts scene. Plus, from his experience as a photographer, John tells us where to go to get the best scenery and street shots.

THE ART SCENE: “The arts and literary scene here is small, intimate and laid back — there’s a sense that everyone knows everyone else. Certain galleries like our own McDermott Gallery and 1961 – an art and co-working space – anchor the arts scene here, along with shows and exhibitions at a variety of venues.  In the last couple of years, it feels like there’s been a tipping point as increasing numbers of writers and artists are drawn to this spot for the culture and lifestyle. For a small city that’s surrounded by countryside, nature and temples, there’s a surprisingly international vibe.”

THE SHOWCASE: “The Angkor Photo Festival shows dozens of exhibitions and slideshows every year in late November or early December and draws hundreds of photographers from around the world. In February, artists and puppet-makers converge in Siem Reap to create the giant rattan and paper mache puppets that take to the streets, along with acrobats and musicians, in the annual Giant Puppet Parade.” 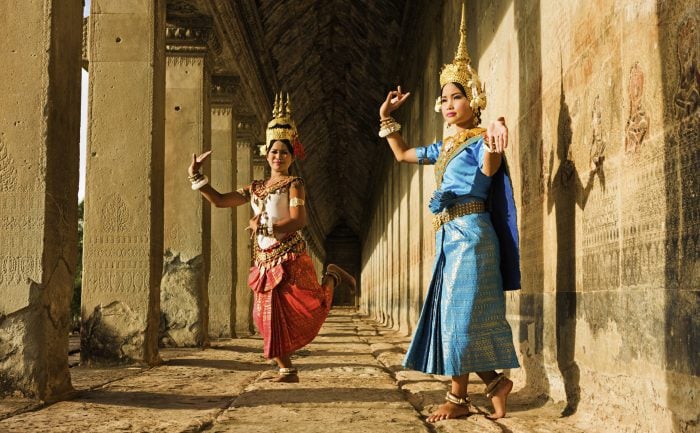 TRADITIONAL ARTS: “For those who want to experience classic Khmer traditions, there are several organizations that have worked hard to bring back the traditional arts such as shadow puppetry, traditional Khmer music and classical Khmer ballet.”

Narisara is currently working on a murder mystery novel that’s set in Cambodia, and a work of nonfiction on the history of an elephant from the 19th century.

SCENIC SPOT: “If you had to pick one spot to photograph, of course you’d have to go to Angkor Wat.  But many people don’t realize that there are actually dozens of temples spread out over a huge archaeological zone — over 400 square kilometres of forest, fields and villages that surround enormous, hauntingly beautiful temples. As far as a view goes, it is hard to beat Phnom Krom. From there you can see the Tonle Sap lake and miles and miles of rice fields and villages, which are especially beautiful in the seasons when the rice is green. Even after all these years, I still love photographing the temples. The light here shifts so dramatically that I can go to a temple that I’ve photographed thoroughly and still be surprised at what the light does to it at a different time of day.”

TIME OF DAY: “Photographers love the ‘golden hour’ just after dawn and just before sunset, but in the tropics the sun rises and sets so quickly, it’s more like the golden twenty minutes. Sometimes you can find dramatic light right at noon, when the light pours down through cracks in the stone roofs into the dim temple interiors. Rainy season is also a good time to find moody patterns of light and darkness.”

CULTURAL EVENTS: “Traditional Khmer dance is exquisite, with elaborate costumes and headdresses and stylized poses. Any events at the temples are good to photograph, but for street photography, the annual Giant Puppet Parade is a great event as the five-metre high puppets, which are lit from the inside, walk through the town in a massive street festival.”

LOOK OUT FOR: “Kenro Izu is one of the premier photographers of Angkor.  And, he uses the proceeds of his Angkor photography to help fund the hospital he founded, the Angkor Hospital for Children.  His platinum prints can be seen in the hospital’s visitor center, the Friends Centre.”

See John’s photography at McDermott Gallery, in the National Museum in Phnom Penh and in his book ‘Elegy:Reflections on Angkor’.