After exploring the palaces of Rajasthan on my first visit to India, on my next trip I concentrated on the northeastern region of the country. I was rewarded with a vibrant celebration of life on the Ganges at Varanasi and the intricate and tantric temples of  Khajuraho. Travelling by car down to Bandhavgarh was a long but scenic journey. Once there, I stayed in an incredible lodge in a remote destination, which gave real insight into the self-sufficiency of rural life in India and some up-close sightings of the elusive tiger. Here are some of my favourite photos from my trip. 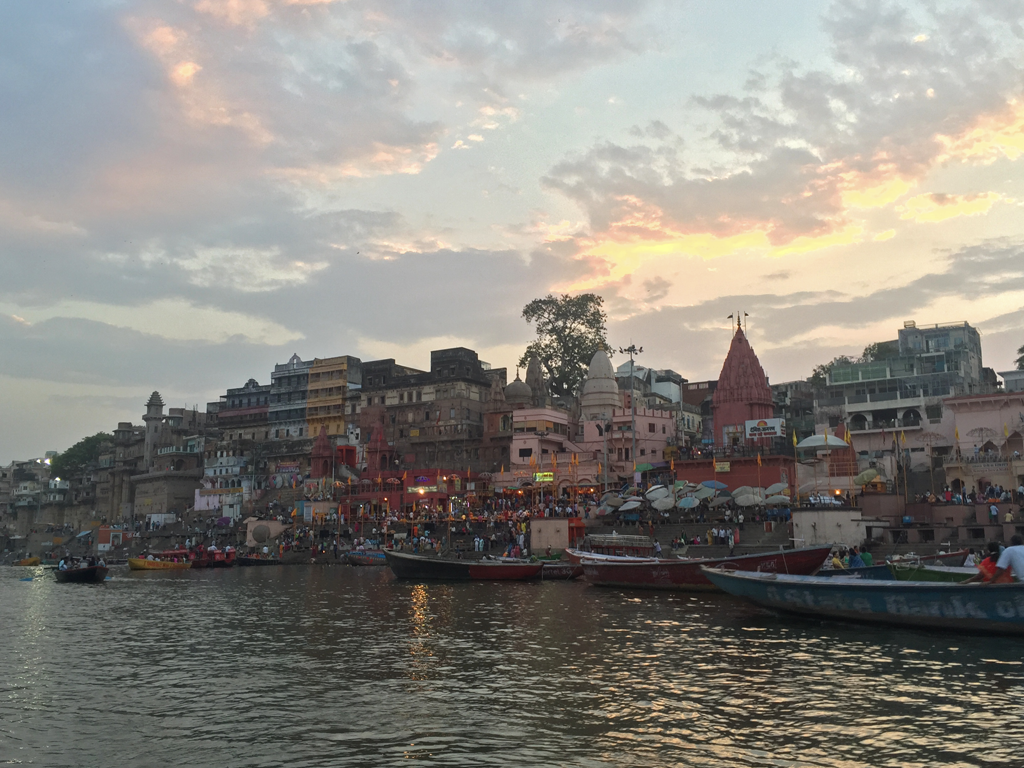 Regarded as the spiritual city of India, many people come to Varanasi on a Hindu pilgrimage searching for purification in the Ganges. On our first evening, we witnessed the sacred and moving rituals taking place along the burning ghats on the river. These funerals take place every day. 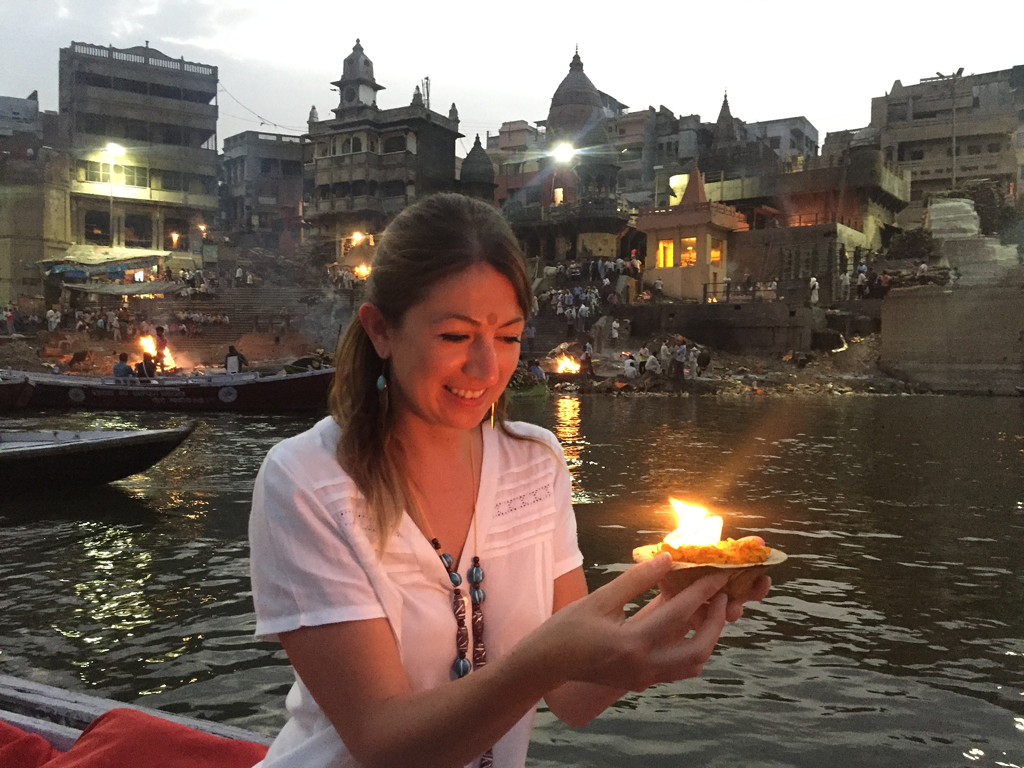 Here I’m taking part in an Aarti ceremony at dusk, where a cup made from leaves and flowers encompasses a small candle and then placed on the river to float down it, as an offering to the Goddess Ganga. 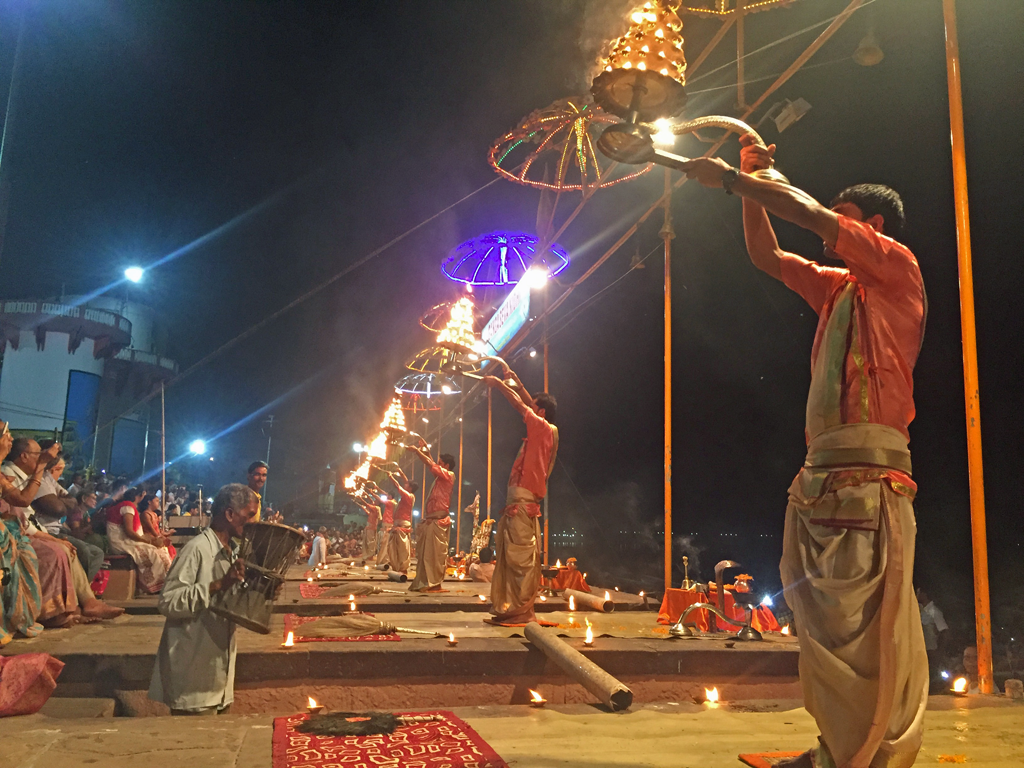 As part of the ceremony, oil lamps are lit and men chant and dance to series of choreographed moves. It was mesmerizing to watch and the atmosphere was electric.

Another festival was taking place in the streets where I just had to capture a photo of this gentle cow. 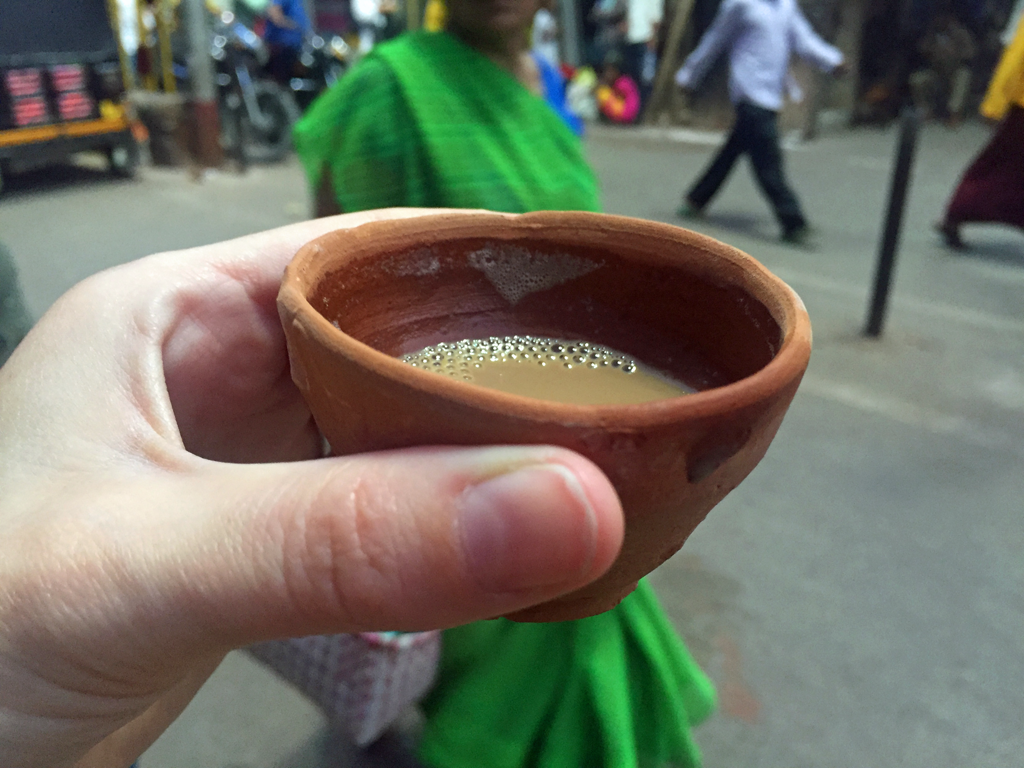 The following day, we woke for sunrise and were greeted by a chai wala who handed us these terracotta cups of deliciously sweet and warming tea. Very welcomed so early in the morning! 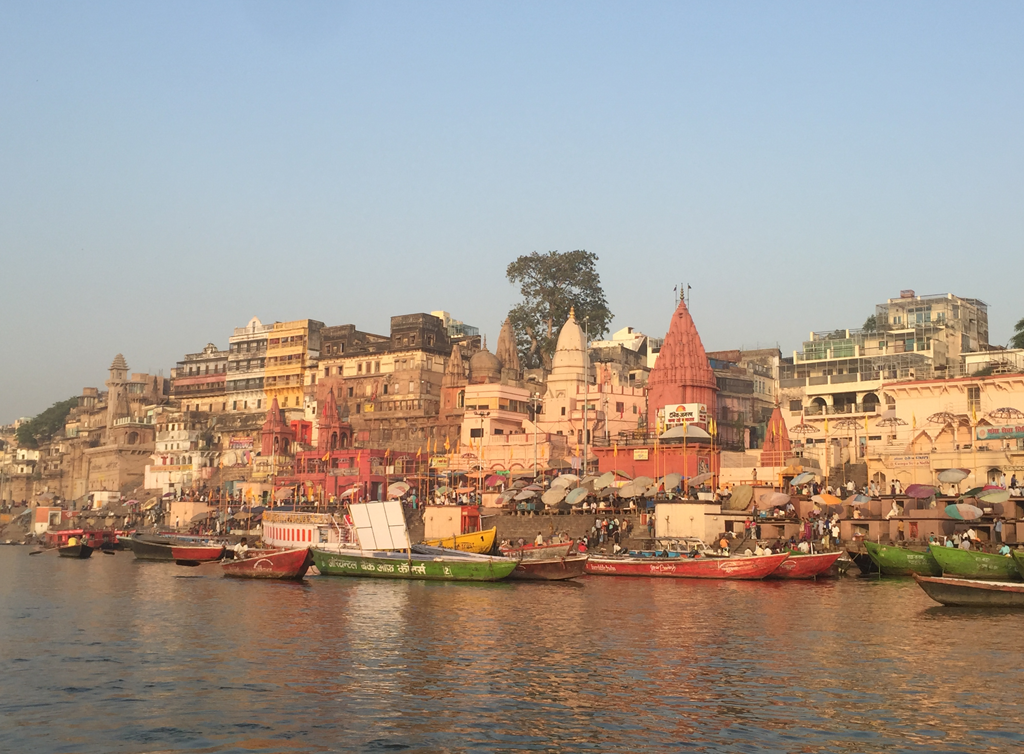 This is the same area of the Ganges, taken as the sun was rising, casting an ethereal glow over the buildings. 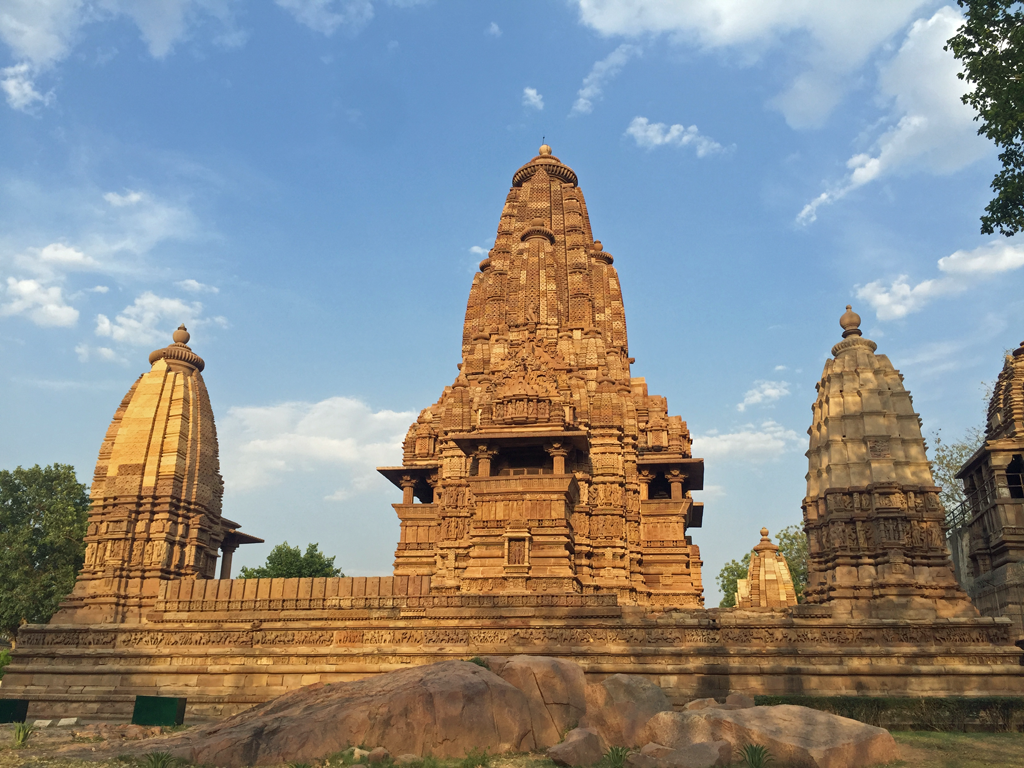 We then travelled down to Khajuraho, half an hour’s plane journey away from Varanasi. One of UNESCO’s World Heritage sites, these temples are known for their tantric carvings and intricate designs. 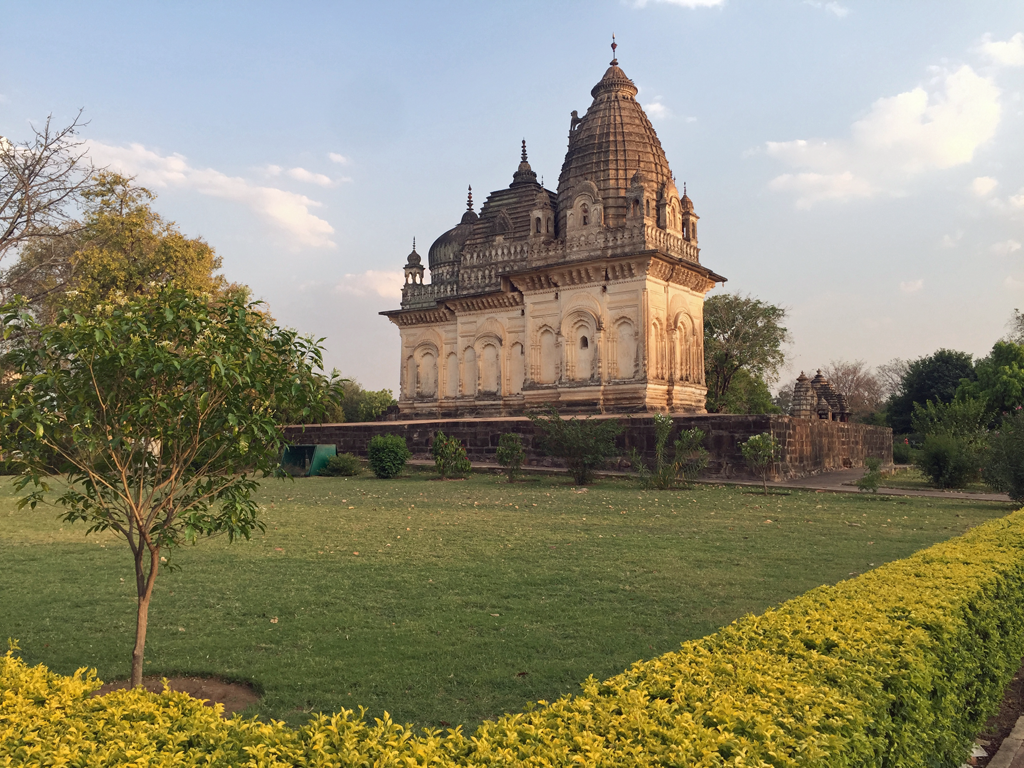 This was my favourite temple as each of the roofs all represented a different religion, apparently symbolising a tolerance for each other. 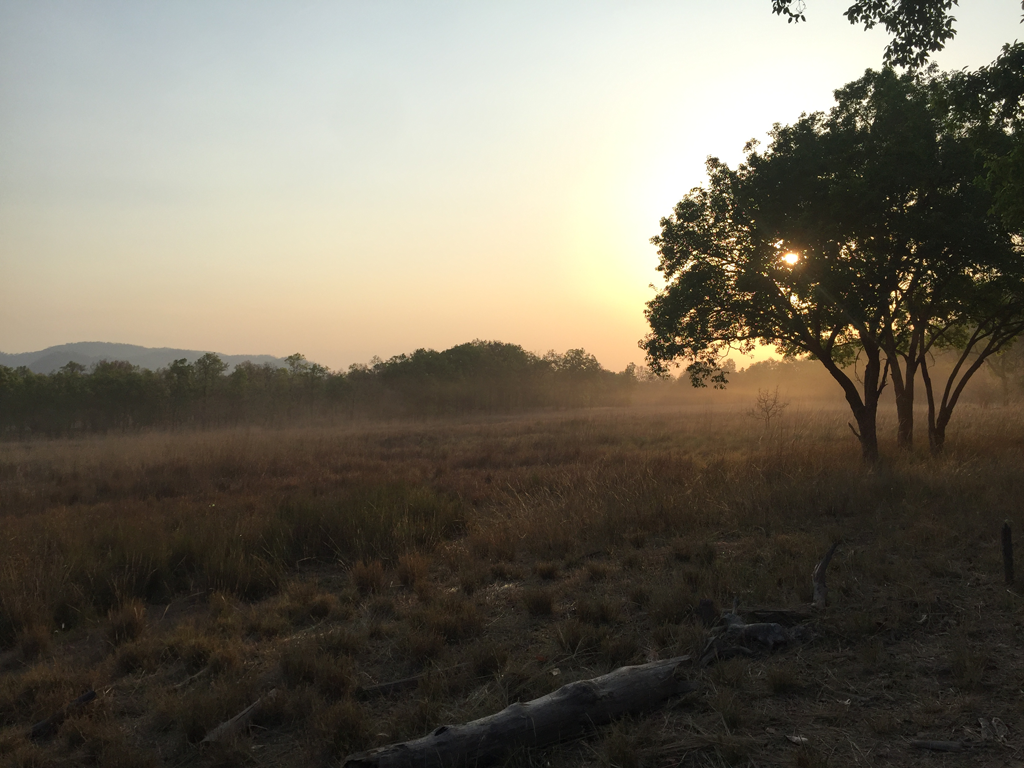 After a six-hour drive, we arrived at the rural Bandhavgarh National Park where we stayed at the Samode Safari Lodge. We woke early the next morning to go on safari where we were rewarded with this misty view as the sun was rising over the plains. 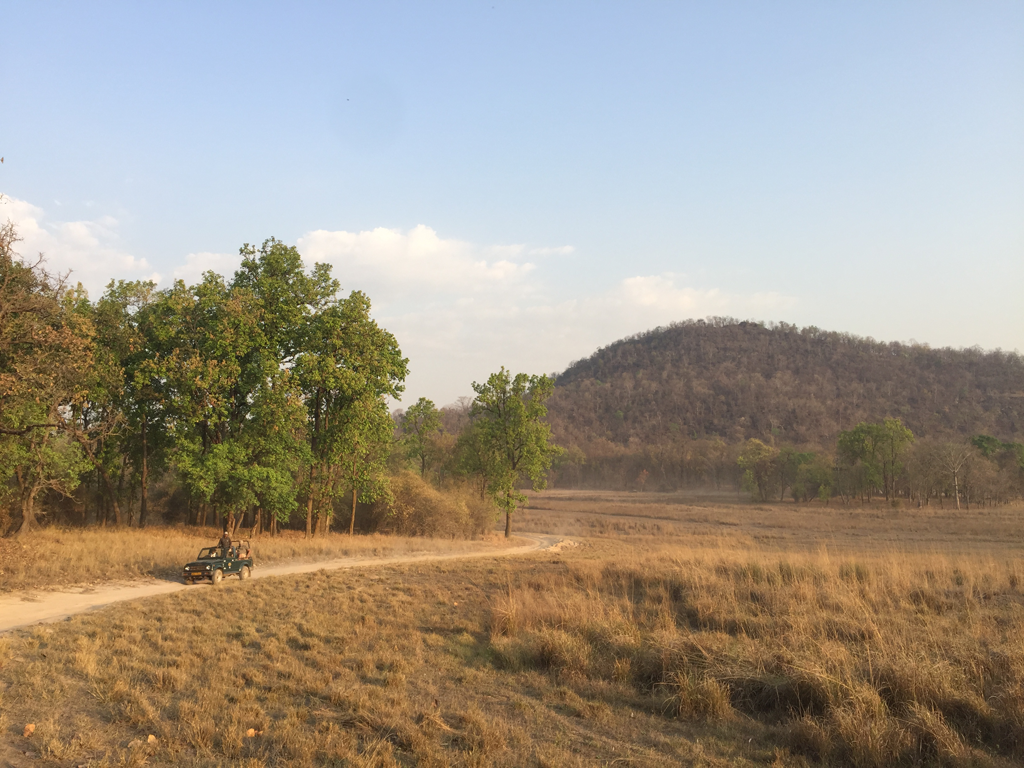 With open fields, it was a wonderful place to catch sight of some tigers, which has the highest concentration of tigers in the region. Although not captured on camera, we spotted four lively young cubs playing together on a branch. 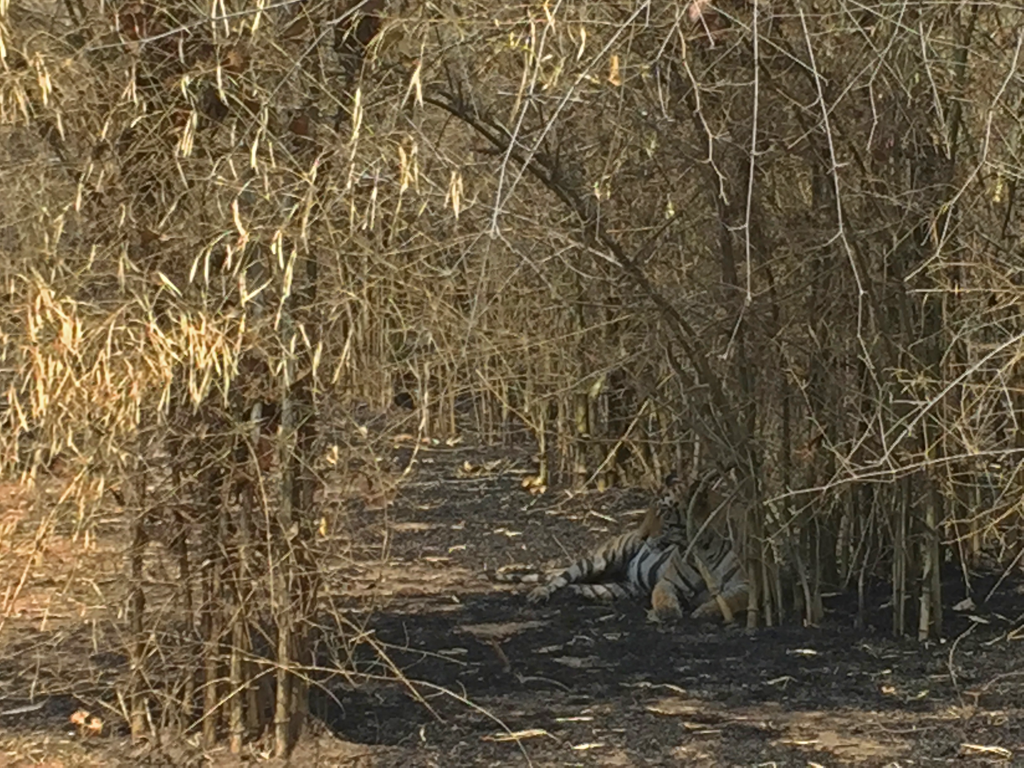 We spent hours watching this tiger, sensibly staying out of the intense sun and lounging around in the shade. Not a perfect photo but it was an incredible sighting and a perfect end to my trip.

If Kate’s trip has inspired you to visit the colourful country of India, one of our expert travel designers can help you plan your perfect trip. Get in touch or call  +44 (0)2035 536914