Nine Historic Hotels for a Glimpse into Latin America’s Past

Take a step back in time by staying at these historic hotels in Latin America, from Belle Epoque mansions to renovated monasteries. With its early influx of settlers from Italy and Spain, Buenos Aires was already heavily influenced by European aesthetics by the early twentieth century, but when businessman and socialite Rafael de Miero returned from living in Paris in 1932 he wanted to bring the Belle Epoque grandeur back to his hometown too. He took on the project of building the Alvear Palace Hotel, with architecture and interiors that are reminiscent of Louis XVI style in its furnishings, crystal chandeliers, gold leaf on the walls and Louis XVI paintings. Now the hotel is a reflection of Buenos Aires’ multicultural past in all its opulence and grandeur, and from its location on Alvear Street in La Recoleta neighbourhood, guests are just moments away from parks and avenues of classical architecture.

DON’T MISS In the hometown of Tango, catch a performance and be a part of it by taking Tango classes. Read more about Tango in Buenos Aires. 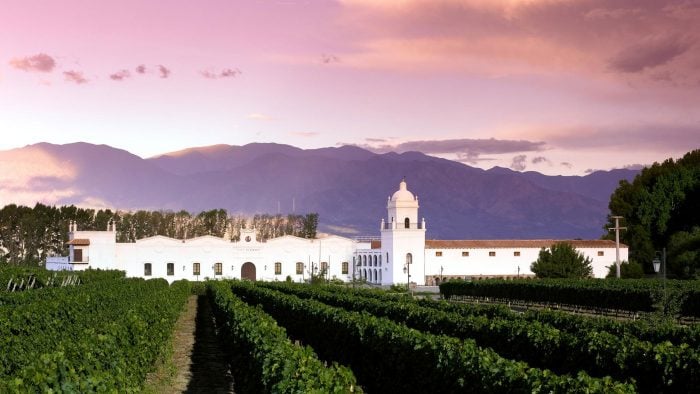 Built in 1892, this colonial mansion was originally a private residence but has since been converted into Patios de Cafayate Resort & Spa, while retaining the original architectural structure, maze of colonial-style patios and gardens and a chapel with hand-painted images inside, as well as some of the decor such as loom woven carpets and the original clay tiles. The hotel is situated alongside El Esteco Winery with a view over the vineyards of Calchaqui Valleys and with its own expansive wine cellar to explore.

DON’T MISS Tour the wine estates of Argentina’s Calchaqui Valleys. Find out where to go. Within Cartagena de Indias on Colombia’s northern coast, explore the walled old town that’s now been declared a UNESCO World Heritage Site. Wander along cobbled streets that are overlooked by bougainvillea-entwined balconies and stumble across plazas with ancient churches. The renowned luxury hotel Sofitel Santa Clara is also located here. As the original home to the Clarisas Order of Nuns, this ochre-coloured monastery was renovated into a colonial-style hotel, making it the oldest hotel in Cartagena. The celebrated Colombian author Gabriel Garcia Marques also brought fame to the establishment as he often frequented the hotel bar. Dating back to the sixteenth century this Belle Epoque mansion was once home to Juan Diaz de Hidalgo, one of the Spanish conquistadors who founded Quito. The residence first became a hotel in 1943 and to this day retains its original glamour with opulent interiors, original tapestries and art work, albeit now the addition of all modern amenities. The hotel is located on Plaza de las Independencia in the city’s UNESCO World Heritage old town – the ideal setting for exploring Quito’s historial sites, with landmarks like Quito cathedral and the Presidential palace amidst the winding cobbled streets and plazas.

DON’T MISS While other Latin American nations are more famous for their food, Ecuador has an exciting culinary scene too. See our Ecuador Insider Food Guide to find out where to go. 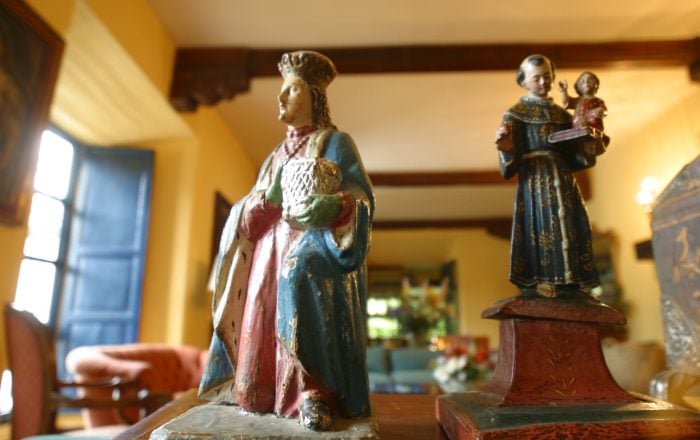 Just two hours north of Quito, Otavalo lies at 9,600 feet above sea level. Hacienda Zuleta was built back in 1691, then in 1898 it was sold to Jose Maria Lasso who passed the residence down two generations to the former president of Quito, Galo Plaza Lasso. Still owned by the same family, the hotel reflects its heritage through antiques that were originally used to furnish the house, plus photographs and paintings. The surrounding 2,000 acres is put to good use too, with cattle, stables for 100 horses and a trout farm.

DON’T MISS Set out on horseback to explore the surrounding Otavalo countryside. 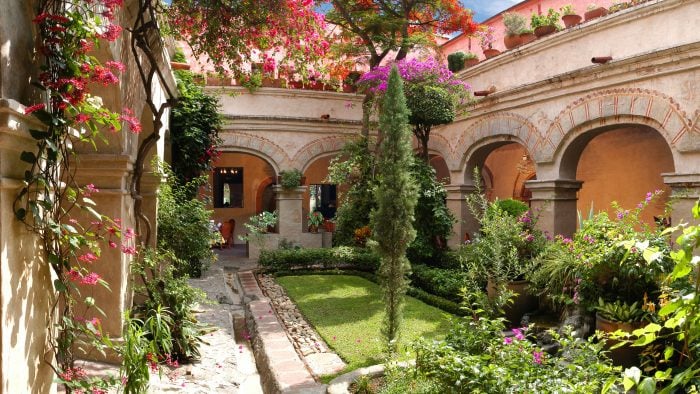 Quinta Real heritage hotel is set in the beautifully converted Dominican Santa Catalina Convent, dating back to 1576, with restored frescoes and tiled floors, idyllic courtyards, patios and terraces, and the more recent addition of a swimming pool. The hotel’s restaurant El Refectorio serves regional cuisine,and traditional dance performances are held in the chapel. From its setting in Oaxaca’s historic quarter – now declared a UNESCO World Heritage Site – the hotel is well located for further cultural exploration.

DON’T MISS As well as hopping between cultural sites, discover Oaxaca’s incredible culinary scene. Take a look at our Mexico Insider Food Guide for an idea of where to start. This atmospheric hotel lies alongside the city’s ancient arched viaduct and is built into the grandstand of the restored seventeenth century San Pedro bull ring. Colonial decor fills the hotel’s interior and both the restaurant and bar overlook a plaza that was once the site’s bull ring, where they regularly have live music. At 8,100 feet above sea level, Zacatecas was founded back in 1548 as a silver mining town. As a result it has a rich colonial history, which you can find out about by taking historical city tours and hopping between the museums, cathedrals and galleries.

DON’T MISS Take a cable car up to Cerro de la Bufa to see old mines that are now open to tourists. Situated right in the heart of Cusco, hotel Aranwa is in a renovated sixteenth century colonial mansion, and with colonial sculptures, carvings, a permanent collection of paintings from The Cuzco School art movement, wall frescoes and chandeliers it definitely looks the part. To make the stay more comfortable, the hotel has also installed underfloor heating and an intelligent oxygen system that helps guests adjust to the altitude. Use the hotel as a base to explore Cusco and the surrounding region, and dine on fine Peruvian cuisine in Mishti Mestizo Restaurant.

DON’T MISS Hiking along the Inca Trail to Machu Picchu is an essential experience for many visitors to Cusco, but there is so much more of the region to explore. See our guide to Cusco’s hiking trails. Considered a historic monument and protected by the National Institute of Culture, Hotel Monasterio is justifiably the city’s most famous luxury hotel. Constructed within a restored monastery, the structure dates back to 1592, and while the city’s foundations hail back the Incas, the hotel’s decor reflects Spanish colonial design with a Baroque church and rooms that overlook a peaceful central courtyard. Just steps from Plaza de Armas, the hotel is a great base for getting to know Cusco and its historical sites.

DON’T MISS Delve into the city’s culinary scene by exploring its restaurants, cafes and markets. See our Cusco Insider Food Guide for inspiration on where to go and what to try. Alternatively, take a cacao tour and chocolate making class.