Local guide Henry Porras tells us what it is he loves most about Costa Rica and what not to miss on your journey through his homeland. 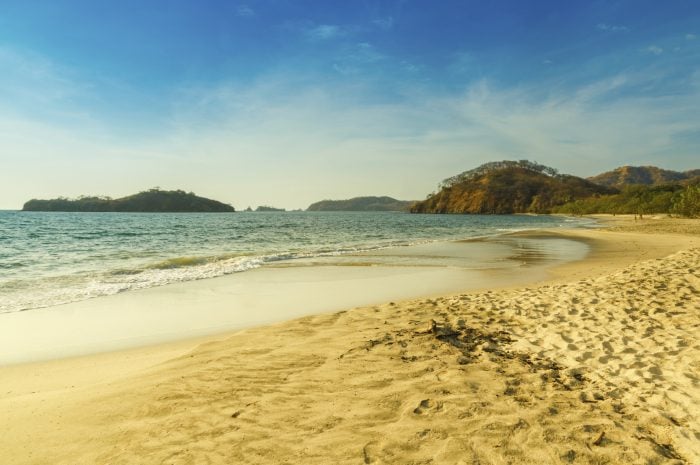 On a journey through Costa Rica you’ll often hear the phrase ‘pura vida’, reflecting the lust for life of a nation that’s known as one of the world’s happiest. Local guide Henry Porras is no exception, with a real passion for his homeland and a wealth of knowledge that’s been acquired from over 25 years of guiding travellers to every corner of the land.

“I love everything about my country,” Henry enthuses, “Many travellers that come here seem to have arrived in Eden, with this colourful landscape of mountains and lush forest with giant trees, rivers and waterfalls.”

“Costa Rica is a paradise of flora and fauna, with over five percent of the world’s biodiversity.”

It’s the country’s rich wildlife and lush environment that draws many of its visitors. “Costa Rica is a paradise of flora and fauna, with over five percent of the world’s biodiversity,” Henry explains, “It’s believed that Costa Rica has inherited its biodiversity from both North and South America, making it the perfect spot for wildlife.”

“We have the channels of the North Caribbean coast with its Amazonian environment,” he continues, “ and Corcovado, which is a stunning place of exuberant natural wealth. I feel fortunate to live with so much wildlife.” 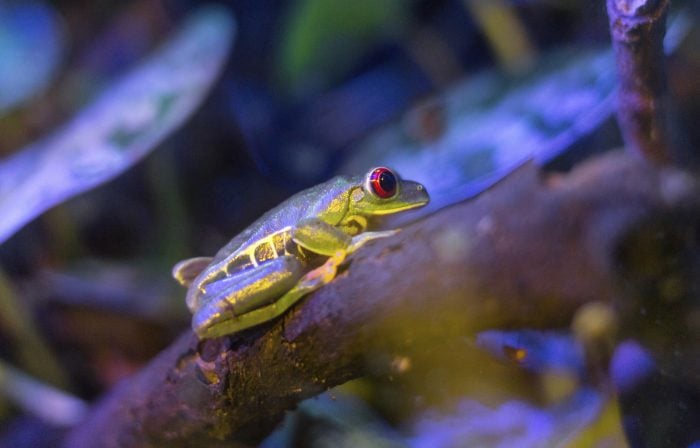 Despite being such a small nation, Costa Rica has an incredible 10 percent of the world’s bird species – more than the USA and Canada combined – while turtles nest along the coastline. Throughout both the highlands and lowlands there are seven types of forest, situated across the country’s 12 different climate zones.

“It is one of the most biodiverse places on the planet and it now has a programme of environmental conservation.”

“It is one of the most biodiverse places on the planet,” Henry says, “and it now has a programme of environmental conservation. More than 25 percent of the land is made up of national park, forest reserves, conservation areas and shelters. Getting involved with our conservation programmes is the best way a traveller can contribute to our goals.” 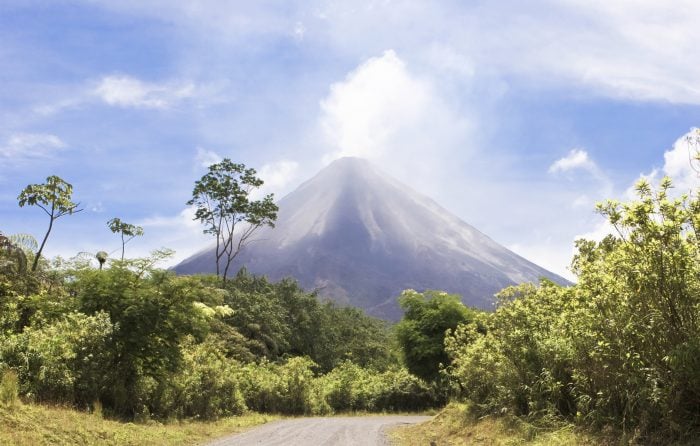 “Those who visit our country for the first time – just like Christopher Columbus when he arrived in Costa Rica – are struck by the scenic beauty, whether they’re on the beaches of the Caribbean or Pacific coast, in the mountains, among volcanoes or amidst the diverse forest vegetation. It inspires not only their eyes but also their soul.”

“The power of being away from your world is what makes the journey one of the most memorable moments of your life.” 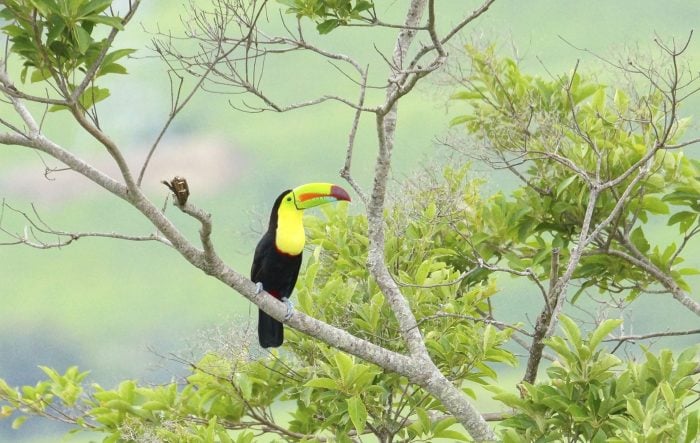 “The activities on offer here are diverse and for all desires, from a peaceful hike to an exciting activity like bungee jumping. You can try zip lining, rafting down river rapids, horseback riding in the mountains, hiking in search of wildlife in both the day and night, reaching the summit of a volcano or beach activities like surfing, diving and sport fishing. There are several places for hikers and climbers, throughout the lowlands and mountains, with different forest types and a variety of climates. Chirripo National Park has the country’s highest peak at 3,820 metres, offering the best trekking experience in Costa Rica.”

ADVENTURE SPORTS Arenal is one of the country’s best known spots for outdoor activities such as rafting, canopy tours and horseback riding, but Pacuare Reserve, Rio Celeste and Turrialba are all top locations for adventure seekers too. 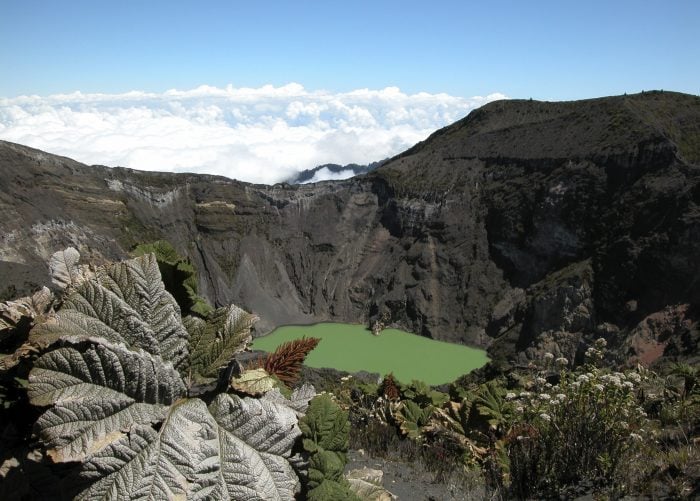 “Costa Rica is world-famous for surfing, so travellers, expats, and locals all come together during the summer months. The Pacific beaches are very popular for surfers who want to find the famous long left-hander wave.”

THE SURF Beaches to head to are Jaco and Pavones on the South Pacific coast; Santa Teresa and Mal País on the Nicoya Peninsula; and Tamarindo, Avellanas, Playa Grande and Samara on the North Pacific coast. 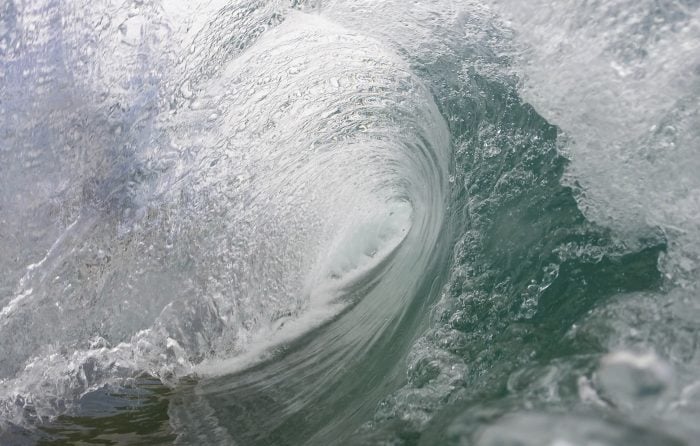 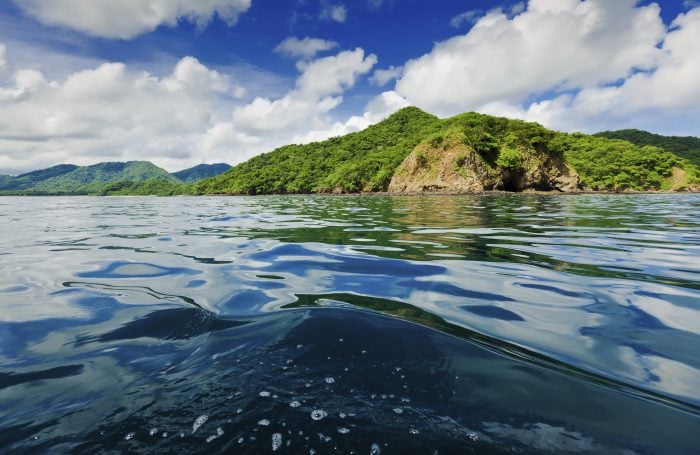 “You can see the natural landscape in coexistence with the indigenous communities, historic sites and archaeology, which is all a part of our country’s identity.”

VISIT CULTURAL SITES Visit the Maleku indigenous tribe in Rio Celeste and the archaeological site of Guayabo in Turrialba. 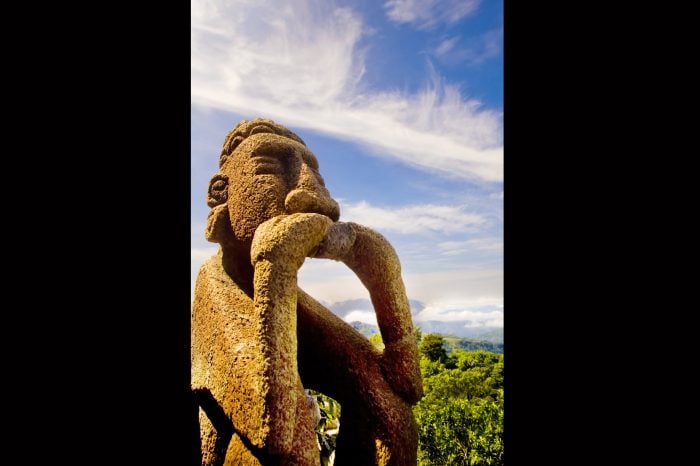 “For solitude, go to the North Caribbean or Central Pacific coast to volunteer for the sea turtle conservation, trek through a deep reserve from the Talamanca mountains, explore the depths of a cave, climb the highest mountain or discover life under the sea.”

TURTLE WATCHING On the North Caribbean coast head to Tortuguero National Park, and on the Central Pacific coast head to Ostional Wildlife Reserve near Samara on the Nicoya Peninsula, or Santa Rosa National Park and Guanacaste National Park further north.
TREK Pacuare Reserve stretches from the Talamanca Cordillera to the Caribbean lowlands and is excellent for trekking.
CAVING Explore Venado Caverns close to Arenal, or for what is known as the country’s best caving, head to Barra Honda National Park in Guanacaste.
MOUNTAIN CLIMBING Climb the highest mountain in Costa Rica, Cerro Chirripo.
DIVING Go to Corcovado and the Osa Peninsula to explore the Marine Biological Reserve of Cano Island. 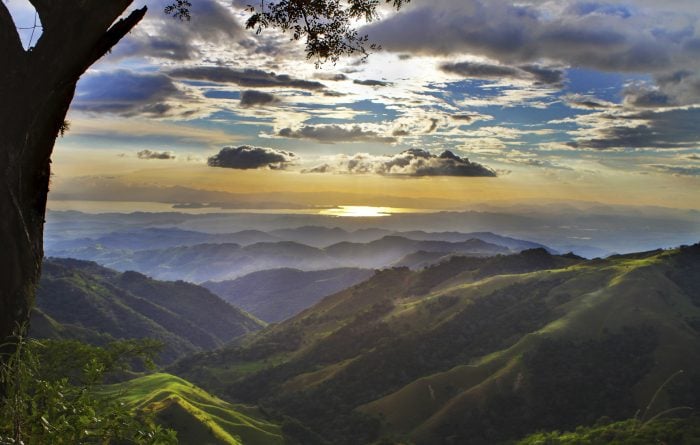 “Depending on the time of year and location, the sunset you see will be spectacular in a different way, whether it’s from a boat sailing with the swing of the sea, on top of a mountain, or with bird song accompanying your time at a bar or infinity pool.”

SAILING Set sail from the coast of Manuel Antonio. 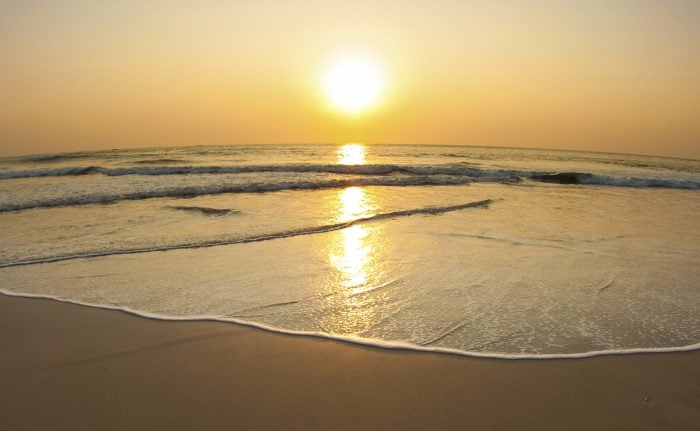