10 of the World’s Most Incredible Diving Destinations

Some of the planet’s most diverse marine life, sightings of the rare dugong and swimming with majestic whale sharks: Find out where to go for exceptional underwater exploration.

Belize’s largest cay is a popular diving destination for its crystal clear Caribbean waters and its close proximity to the Mesoamerican Barrier Reef, which is home to marine life like the majestic whale shark. The biggest draw to this region though is the nearby Great Blue Hole; an astounding underwater sinkhole that has become known as one of the world’s top diving spots. This UNESCO submerged cave is believed to date back more than 150,000 years and is frequented by an astounding array of marine species, including bull sharks and hammerheads. The luxury resort Cayo Espanto is situated on its own private island, with scuba diving charters to these top dive sites. 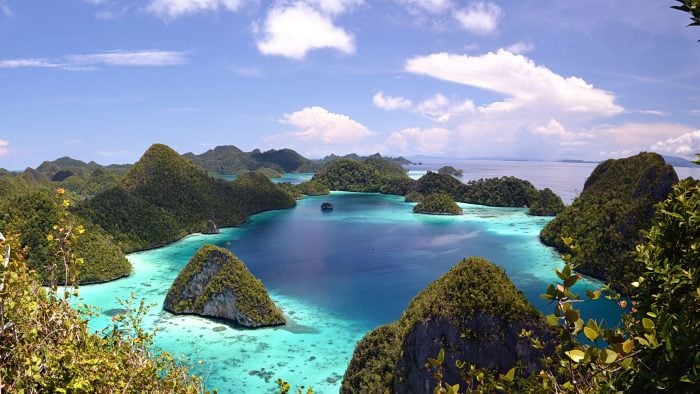 With a name that translates to Four Kings after its four main islands Missool, Waigeo, Bantanta and Salawati, the remote Indonesian archipelago of Raja Ampat encompasses over 1,500 emerald forested islands and cays amidst turquoise coral-rich waters; known as the coral triangle, these are some of the world’s richest in diverse marine life, with over 1,400 species of fish. The best way to explore the archipelago is onboard a luxury sailing vessel, such as Silolona. This stylish yacht has just five cabins and an onboard PADI dive centre. 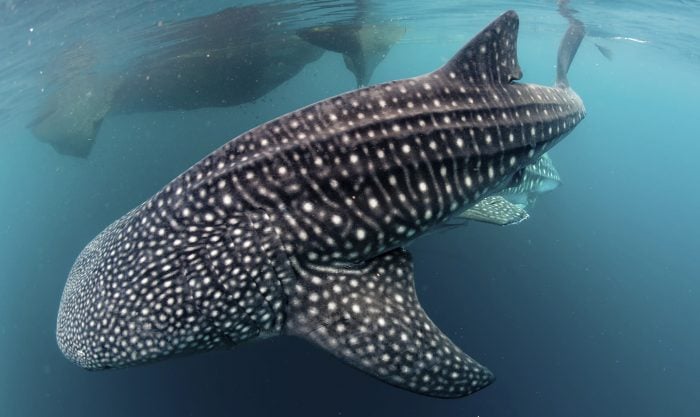 In the crystal-clear waters of Malaysia‘s Andaman Sea, Pulau Payar Marine Park surrounds four white-sand fringed emerald islands, boasting a thriving ecosystem of hard and soft coral with an array of tropical fish and regular visits from whale sharks and manta ray. Diving trips can be taken to the marine park while staying on the main island of Langkawi. Set amongst rainforest on the island’s sandy shores Four Seasons Langkawi offers plenty of opportunities to explore these incredible surroundings. 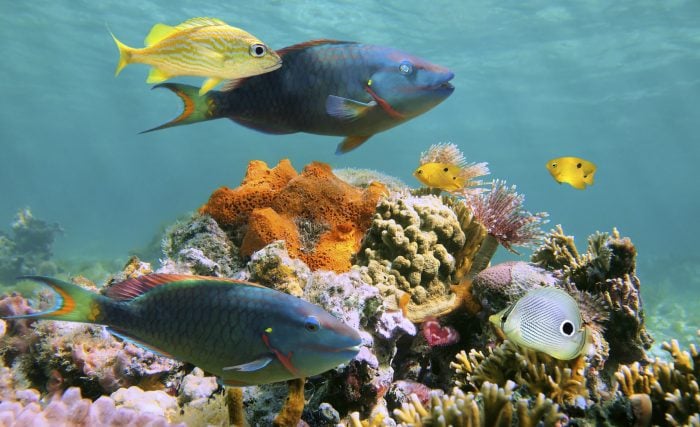 Just off the Riviera Maya coastline, the island of Cozumel – the largest off Mexico’s Caribbean coast – is known as one of the world’s top scuba diving spots, with the popular dive site Punta Sur’s underwater caves to explore and Devil’s Throat with its underwater cathedral-like cavern. Base yourself in the laid-back beach town of Playa del Carmen for easy access to dive sites and luxury resorts such as the stunning Viceroy Riviera Maya, which organises diving excursions for you. 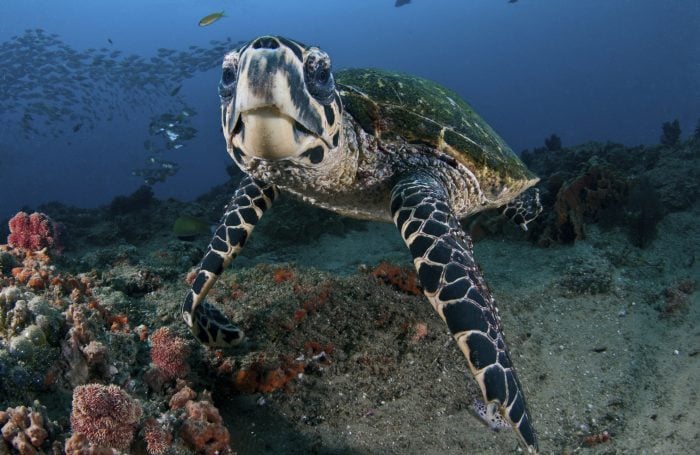 Off the northern coast of Mozambique, the protected islands of the Quirimbas archipelago are home to pristine reefs with more than 350 species of reef fish, humpback whales, whale sharks and dugong, as well as the turtles that nest along the islands’ shores. Azura Quilalea is a private island hideaway with just nine villas – designed for barefoot living – and a house reef that’s just 20 metres off-shore. 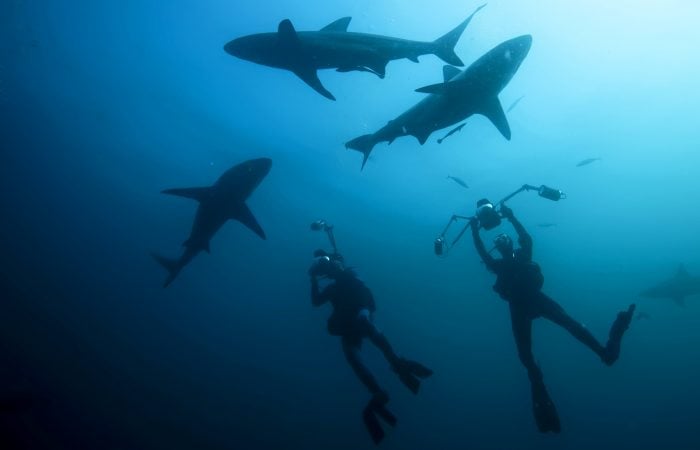 South Africa’s Elephant Coast encompasses pristine beaches, wetlands and game reserves, as well as the country’s only tropical dive site Mabibi, which has remained largely untouched due to its remote location. Within a protected marine reserve, Thonga Beach Lodge looks out onto the Indian Ocean with off-shore diving. As many as 1,200 species of fish have been recorded here, plus there’s the opportunity to see manta rays, dolphins, sharks, whale sharks and turtles.

Considered to be another of the world’s top diving destinations, the Thai Andaman Islands’ crystal clear waters are ideal for underwater exploration with impressive coral and rock formations that are frequented by schools of colourful marine life and bigger marine species like leopard sharks and whale sharks. On Phuket’s Natai Beach, Iniala Beach House is a stunning luxury resort, showcasing cutting edge design and acting as the ideal base for setting out on dive trips to the nearby reefs. 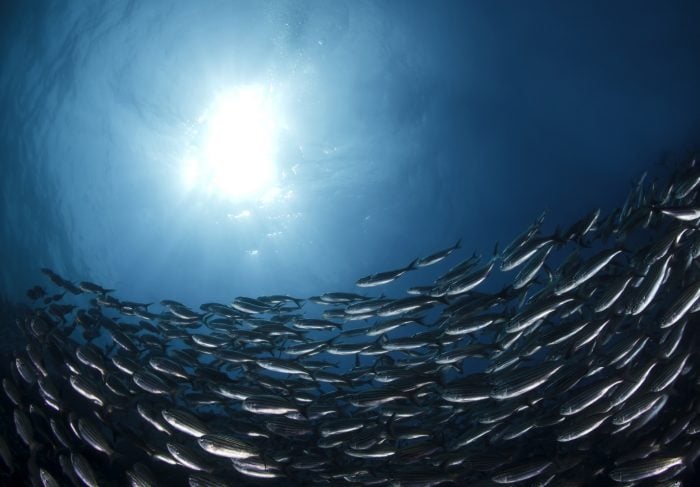 Unsurprisingly the Galapagos Islands have exceptional diving opportunities with an incredible abundance of sea lions, penguins, seals, eagle rays, hammerhead sharks and whale sharks, among an incredibly diverse offering of marine species. To be given the chance to scuba dive in these waters, specialist cruises need to be booked, or you can stay in one of the islands’ hotels, such as the volcano-top eco-conscious Pikaia Lodge from where diving expeditions can be taken. 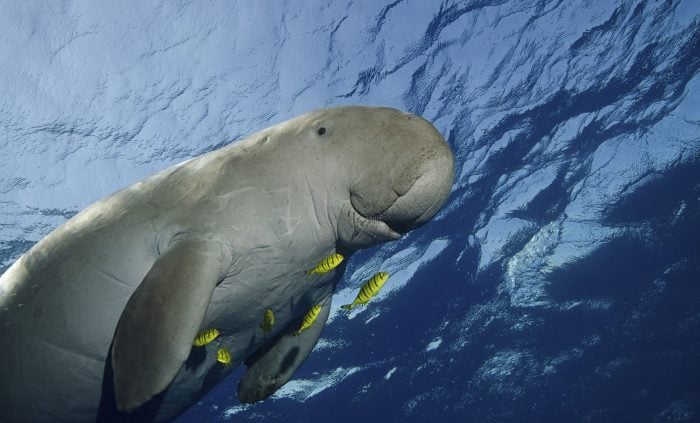 The island of Con Dao is one of 16 in a protected marine archipelago in the South China Sea; a no-take zone that has retained its pristine reef and abundance of diverse marine life, with species such as the rare dugong, dolphins, great barracuda, and the green and hawksbill turtles that nest on the shores of Con Dao from May to October. Experienced divers can also explore the 65-metre wreck of a sunken Thai freighter, which lies as deep as 40 metres below the surface. Situated on its own mile-long stretch of sandy beach, the sustainable eco-resort Six Senses Con Dao is a secluded ultra-luxe stay from which you can set out on diving excursions. 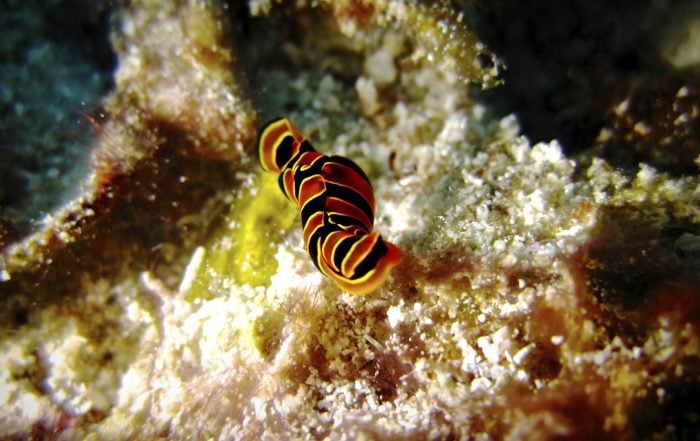 Just off the coast of Zanzibar Island, this tiny white-sand desert island is renowned for its exceptional scuba diving due to its proximity to Mnemba Atoll Marine Park. Beachside bandas sit amidst pine forest with ocean views, while the island’s own dive centre makes it easy to explore the protected reef that’s best known for its large schools of fish and exceptionally frequent turtle sightings. 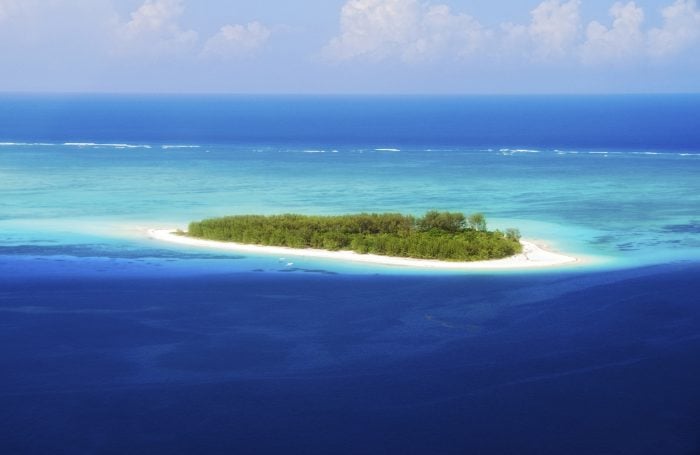