When is the Best Time to Visit Vietnam?

Over 2000km of coastline runs the length of this country and Vietnam has a mountainous northern interior. The weather here can differ vastly depending on where you go and this affects the best time to visit Vietnam.

In Hanoi and the north, the dry season runs from November to April, with wetter, more humid conditions from May to October. In the far north around Sapa, the dry season lasts from October to late March with September to November and March to May the best time to trek.

Central Vietnam experiences a dry, hot season from January to August, while the south of the country is best visited between November until early May. If you want to take in both the north and south of Vietnam, February and March are the best months to go.

Trekking in the north
Sept-Nov/Mar-May From mid January to late August, Hue, Hoi An and Danang experience hot, dry weather with temperatures often reaching mid 30s. September to early January is considered the wet season, with October and November the wettest. Nha Trang further south experiences a longer dry season that runs from January to September. The rainy season lasts from October to early December. The dry season in the south of Vietnam lasts from November until April/early May, with more humidity from late February. The wet season runs from May until early November with June, July and August typically the wettest. The rainfall throughout the wet season tends to be heavy but short, usually occurring mid afternoon. The islands of Phu Quoc and Con Dao can be enjoyed year-round, although do be prepared for afternoon showers. 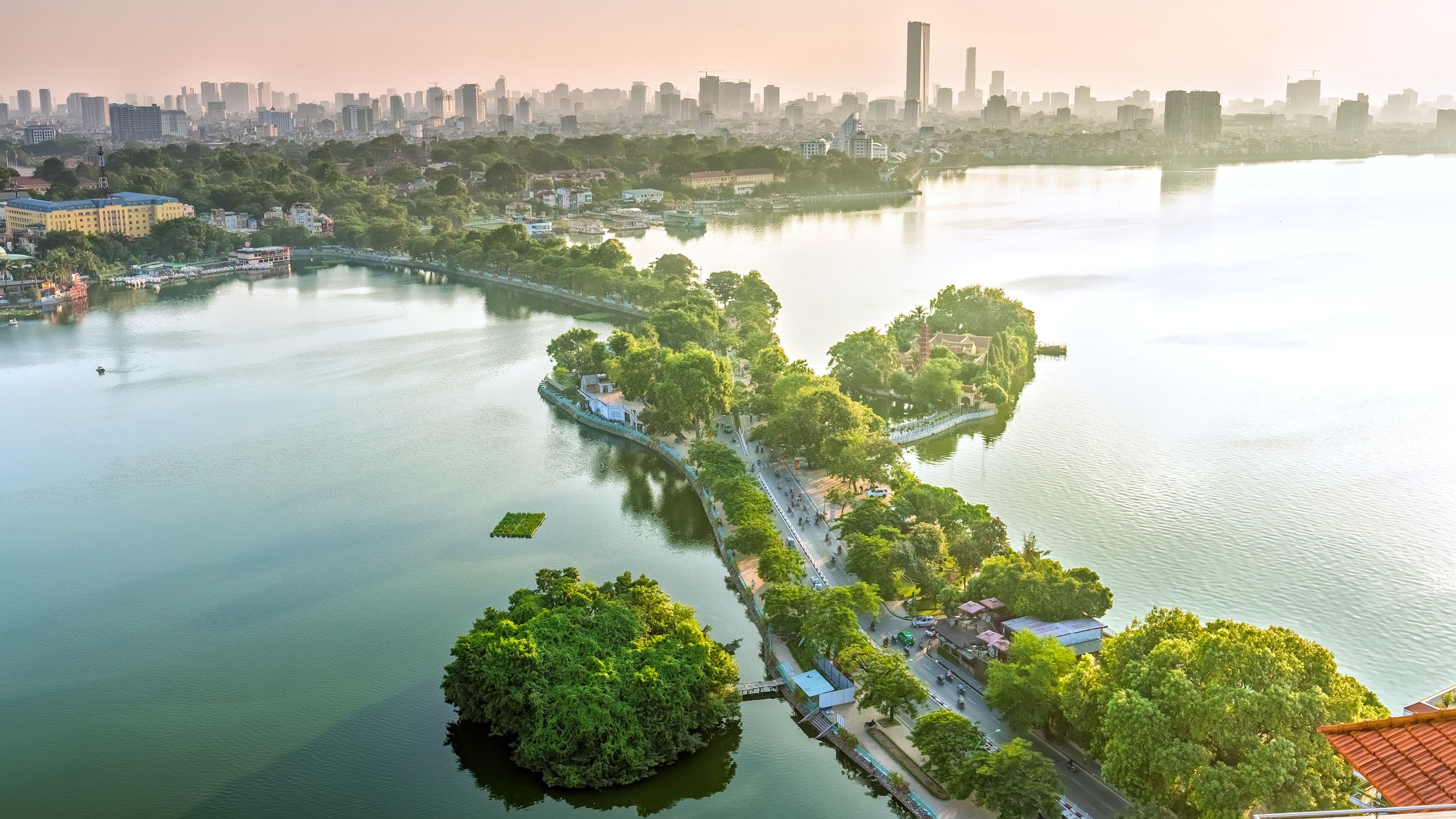 Hanoi and the north

Those visiting Vietnam between May and October can expect hot, humid conditions and a fair amount of rain. July and September are typically the wettest months of the year. The cool, dry season runs from November to April with warm daytime temperatures that hover around the early 20s. January to March tend to be slightly colder. Sapa and the mountainous north

The dry season runs from October to late March, with December and January the coldest months – you can expect it to be particularly chilly at night. The rainy seasons runs from May to September. The best time to go trekking in the north is between September and November or from March to May.

Vietnam gets very busy around Chinese New Year and we suggest avoiding this time of year if you can. The Hoi An Lantern Festival is really lovely and takes place each month, although the exact date varies. The town is lit up with colourful lanterns with houses and shops arranging beautiful displays. There are usually activities going on along the Thu Bon River as well.

“From start to finish, Jacada curated an unparalleled experience in Vietnam and Cambodia. Though we enjoyed the absolute in luxury for accommodations, the highlights of our journey had to do with the local guides and the off the beaten track experiences. Of course, transfers were flawlessly executed and we never had to concern ourselves with any of the minute details. Shout out to Rachel who put everything together for us. We’re already looking forward to our next adventure.”

Whatever you want from your trip to Vietnam, our team of expert travel designers are ready to help.