Travel to the origin of chocolate to soak up the culture of cacao and discover how to make it yourself. 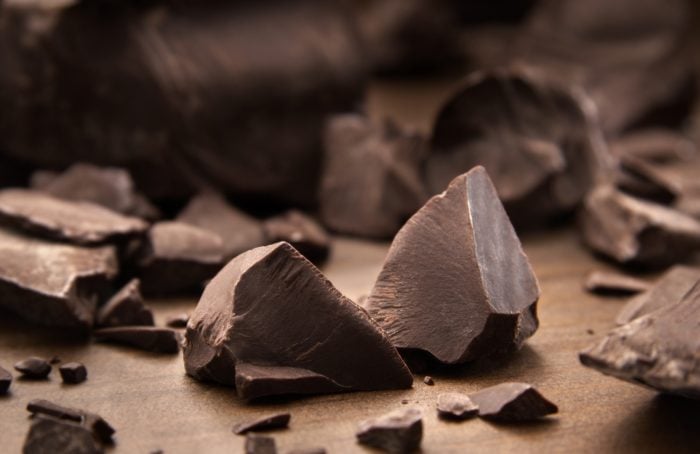 THE FESTIVAL In the far south of Belize, emerald rainforest runs across the mountainous countryside with winding rivers that flow into the Caribbean sea. Within Belize’s southernmost district Toledo lie cacao plantations where the locals claim the terroir gives their chocolate a unique flavour and aroma. And now, this chocolate is becoming known worldwide with outstanding boutique chocolate purveyors like Cotton Tree Chocolate and Ixcacao. To celebrate the region’s cacao, boutique chocolatiers and ancient Maya culture, Toledo hosts the three-day Chocolate Festival of Belize. Kicking off on May 22, the fiesta encompasses a street fair, chocolate tours, chocolate and wine tasting, and music and cultural performances, in Punta Gorda and its surrounds.

THE LODGE Amidst the rainforest of Toledo, Belcampo Lodge is set on a hill overlooking the surrounding wilderness, with stilted private cabins and a speedboat to transport guests through the jungle to the Caribbean coastline. In a region that has such significant Maya roots, it seems fitting that the lodge has a cacao nursery and chocolate workshop where traditional methods are still utilised. Now though, there’s the addition of state-of-the-art equipment to make producing long-conch professional-quality chocolate possible. Take the lodge’s bean to bar chocolate making class, in which you can wander through the cacao nursery before seeing the beans processed, roast and ground, then moulded into chocolate bars. THE COMMUNITY PROJECT It’s said that cacao was so important to the pre-Colombian tribes here that they used the beans to trade, while chocolate was thought to be sacred. And despite being known internationally for coffee, Colombia’s hot chocolate is far more ingrained in the culture. In the highlands of Antioquia, the village of San Francisco is the setting for a community chocolate project in which visitors can explore the cacao plantations and find out how to make chocolate using the fresh local ingredients. Antioquia’s capital Medellin is an ideal base to reach the village from.

THE FAMILY-RUN CACAO FARM In the foothills of La Cangreja National Park, the small village of Mastatal is home to La Iguana Chocolate, a family-run organic farm amidst the region’s tropical rainforest. A chocolate tour and intensive chocolate day are both led by the resident cacao grower and chocolatier Jorge, who guides visitors through the entire organic process from harvesting the cacao by hand in the farm’s orchard to fire-roasting and processing the beans, while everyone gets to taste the cacao at each stage. A cacao and chocolate making course is on the cards too, with a focus on techniques like conching and tempering. Mastatal is close to Manuel Antonio on Costa Rica‘s Pacific Coast. THE RAINFOREST PLANTATION On the wildly biodiverse Osa Peninsula, the small cacao farm Finca Kobo lies across primary and secondary forest, with biological corridors connecting the farm to its natural surroundings, enabling species like monkeys and sloths to pass through. Wander through the forest of this cacao plantation and take a tour that covers the history of chocolate while introducing you to the rainforest flora and fauna. On returning to the farm, see how the beans are fermented and dried, then roasted and made into chocolate, before settling down in the tropical gardens to feast on chocolate fondue with homemade banana bread and fresh fruit.

THE AMAZONIAN COMMUNITIES Journey from Ecuador’s capital Quito into the Amazon rainforest, stopping by communities that cultivate the cacao there. While it’s long been believed that cacao originates from Central America, the more recent theory is that the first cacao trees came from here, so in collaboration with Pacari Chocolate this tour takes visitors through the rainforest to discover the story behind cacao and make chocolate with communities that are a part of the Pacari Agro Tourism Project – an initiative that ensures fair trade between the farmers and Quito’s chocolatiers. Plus, while staying in one of the rainforest lodges, there’s ample opportunity to go bird watching and visit the nearby Andean thermal springs. THE ANCIENT CIVILISATIONS It’s believed that Mexico began cultivating cacao more than 3,500 years ago when the ancient Mesoamerican Olmecs fermented, dried, roasted and ground the cacao to make chocolate for drinking. They then passed this knowledge onto the Maya people who called cacao ‘the food of the gods’ and used it as an offering at rituals and currency, as well as a drink. Subsequently, they began trading cacao with the Aztecs. The Mayan cacao plantations spread across Mexico’s coastal lowlands that are now the provinces of Tabasca and Chiapas. And these days, Tabasca is still scattered with small cacao farms, nestled in the forest and on old colonial ranches. Hacienda La Luz is a small cacao farm near the archaeological site Comalcalco that hosts tours of the plantation, while giving an insight into traditional methods of chocolate production, with a small museum and lush gardens to explore.

A CHOCOLATE EDUCATION Situated close to Cusco’s central square Plaza de Armas, Choco Museo hosts chocolate making workshops that take participants through the process of roasting and grinding beans, before going on to make chocolate to take away with you. There’s also an interactive exhibition on the importance of cacao and chocolate from ancient times to the present day. Additional tours include making truffles and touring a local cacao plantation with the option of visiting Machu Picchu on the same journey. Choco Museo has other branches in Lima and Ollantaytambo, as well as in Antigua, Guatemala.