If you’ve spent any length of time in Buenos Aires, you’ll know that meat sweats are the norm and devouring vast slabs of medium-rare rib-eye can be a hard habit to break. While Argentina is the second-highest beef consumer in the world after Hong Kong at 59.3 kgs per capita in 2014, sometimes pampas protein gets too much and you need to say basta to carne. This Explorer guide to eating fish and seafood should help fill in some blanks when seeking alternative fare in Buenos Aires.

Okay, so you’re not quite ready to go cold turkey on fat sides of sirloin just yet. Make San Telmo’s El Baqueano your first stop for a falso bife de chorizo. This fake steak looks like beef, has the smoky aromas of grilled beef and even has a beefy texture. But, it’s actually pacú river fish. Chef Fernando Rivarola cleverly applies culinary techniques that will leave you sated, suitably full and scratching your head. This house special is so popular, it usually makes Rivarola’s elaborate seven-course tasting menu and is one of the reasons El Baqueano is number 15 in Latin America’s Best Restaurants 2015. 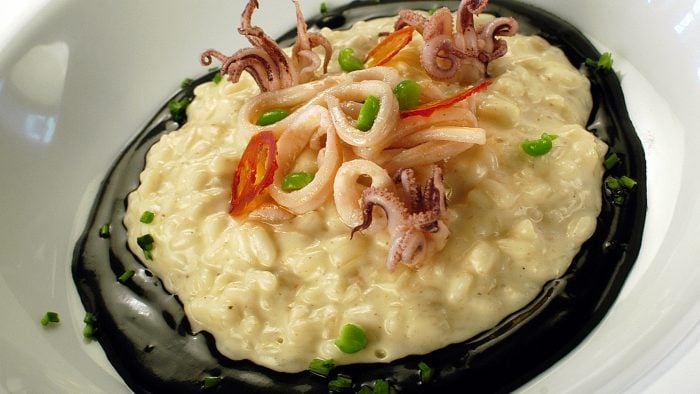 One of Buenos Aires’ most traditional establishments with a badass wine cellar to boot, Oviedo’s contemporary Spanish and Argentine menu strongly leans towards fish and seafood. While mullet, silverside, cod and Patagonia trout make the cut, one house must is the delectable baby squid and yellow chili risotto, confirming why Emilio Garip’s restaurant has made Latin America’s Best Restaurants list for three consecutive years. 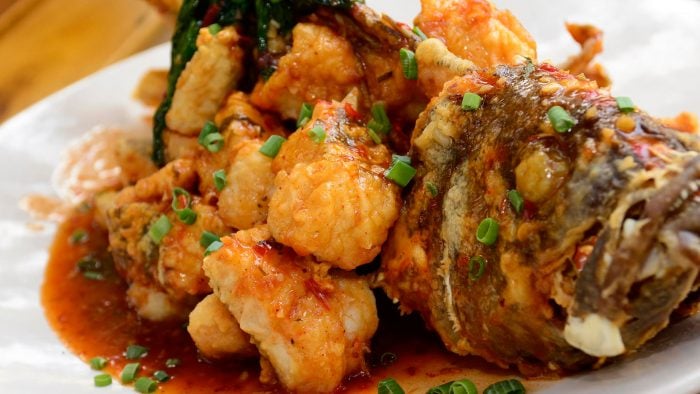 The Buenos Aires hit restaurant opening of 2015, La Mar Cebichería can do no wrong in my book. With eights cebiches and six tiraditos as well as a host of other seafood stars on the extensive menu, executive chef and Peru transplant Anthony Vasquez gets top marks for whipping up impeccable creations six days a week at Gastón Acurio’s latest Argentina eatery. I always order mero nikkei, deep-fried whole grouper slathered in a nikkei sauce made from panca, rocoto and yellow chilis, shiso, marín, oyster sauce, miso and hondashi. Lip-smackingly good. 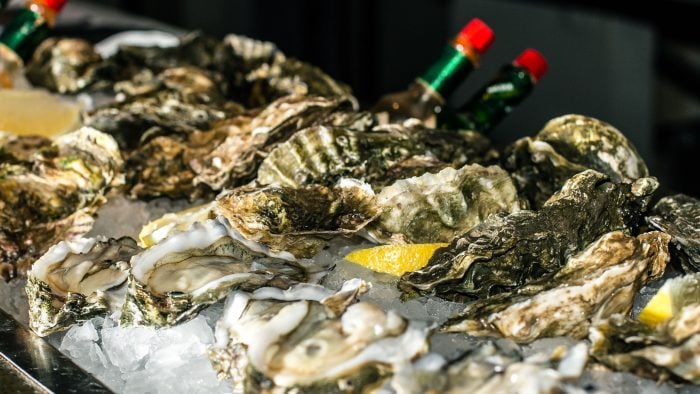 One of a small handful of porteño establishments housing a dedicated oyster bar, Palermo’s Crizia sources these exquisite hand-harvested bivalves from the province of Río Negro. Chef Gabriel Oggero and team shuck their way through between 60 kgs and 80 kgs of oysters a week. Grab a seat at the bar, order half a dozen and slather them with his shallot vinegar. Then order another half. 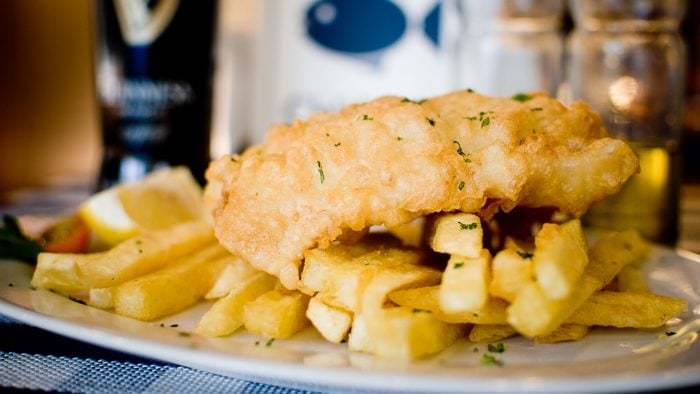 That’s right, you can tuck into that Brit classic fish ‘n chips in Buenos Aires (though the Irish owner of Chipper might disagree). While there’s a vast array of fishy dishes at this boutique chippy that opened a brand-new roof terrace for summer 2016, traditional wins hands down every time. Cod, chips and tartare sauce – boom. I’m also partial to the blue cheese sauce; mushy peas are also on the menu.

Cocina Sunae’s Southeast Asian tasting menu has been giving diners a much-needed spicy kick up the backside for the past six years, and now chef Christina Sunae is set to open her second project in January 2016 in Palermo Hollywood. A more casual affair, expect yum talay seafood salad and pad Thai from Thailand, and Filipino dish pesa, pan-fried fish with tomato compote and garlic-ginger broth, to make up Sunae Asian Cantina’s new menu. 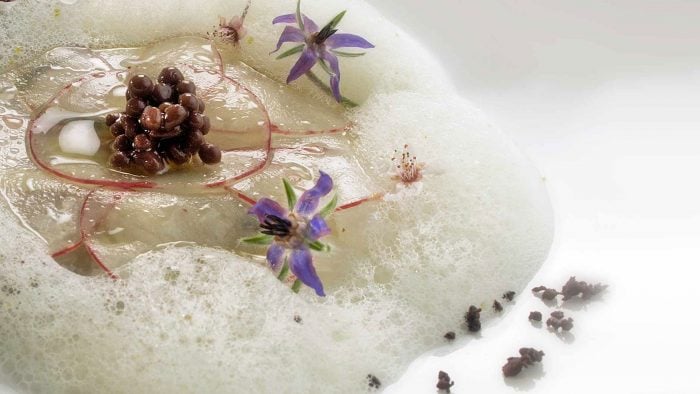 After helming the kitchen at Oviedo for the best part of 20 years, it’s safe to say that chef Martín Rebaudino knows how to fillet his way around a fish. Starters at his first solo project Roux, a smart and contemporary affair in Recoleta, include Spanish octopus carpaccio and griviche, a cous-cous and seafood salad; main courses include red tuna from Ecuador with a wasabi and avocado mash, and chernia fillet. Look out for the special Patagonian trout teamed with black olive gnocchi, quinoa flakes and giant squid.

Sudestada, an Asian fusion eatery in Palermo Hollywood, is renowned for its tasty and economical lunch menu, but skip the menú del día and ask about the catch of the day. Seeking inspiration from Thailand, Singapore and Hong Kong, anything – such as deep-fried caballa (mackerel) in spicy peanut sauce – could turn up, according to availability as well as chef Leo Azulay’s whims.

The fare at 6to Brasserie, a new-for-2015 Palermo Hollywood restaurant, is given the flaming treatment, from meat, seafood and even pasta, but the catch of the day is an ace option. Whole fish, such as pescadilla (small hake), for example, is grilled over apple wood and comes teamed with polenta fingers and chunks of lime. Perfect for sharing.

For one of the most reasonably priced and tastiest cebiches in the city, head to Chan Chan in Congreso. And its popularity precedes it, given that this Peruvian-run joint recently took over next door to open a second branch. Large enough to divvy up between four hungry mouths as a starter, order lenguado (sole) cebiche; marinated in spicy leche de tigre sauce and teamed with canchita corn kernels and sweet potato, its fresh and spicy hit is pure heaven.