Argentina: The Land Visited by Darwin

Accomplished author, avid traveller and history buff Gerardo Bartolome talks to us about Darwin’s exploration of Argentina, and how to experience this fascinating passage of time by travelling through the spectacular region yourself. Originally from Buenos Aires, Gerardo grew up experiencing life in a number of South America’s nations, before returning to Argentina for his university studies. It was at this time that Gerardo’s interest in Darwin was spurred.

What sparked your great interest in Darwin and his exploration of Argentina?

When I lived in other South American countries I studied in schools for foreigners, mostly from the US, so back in Argentina, to keep up with my English, I read books in that language. That’s how one day Darwin’s diary came to my hands. I was thrilled to find out that he’d explored the amazing Santa Cruz river in southern Patagonia. I knew the place and was intrigued to find out if it had changed from Darwin’s days. It hadn’t, as I found out during an expedition down the river.

The experience of comparing his description with the place nowadays was so appealing to me that I followed his footprints across many countries from Argentina, Chile, Uruguay, Brazil, Peru and the Galapagos, to Australia, New Zealand, South Africa and the UK.

Did this interest in Darwin influence your decision to become a writer, connecting history with travel?

Definitely. During those six days floating down the Santa Cruz River, I decided that I was going to tell Darwin’s story in a way that no one had done before.

More than just comparing the past and the present, I understood how his observations led him to his “evolutionary” ideas, just as Sherlock Holmes solved his mysteries. That ?s how I wrote my first book, the historical novel “Darwin’s Betrayal”.

This was my first experience as a history and travel writer. After that came many others, always relating places and history. I’ve written more than fifty travel articles for a Spanish travel magazine called “Viajes al Pasado” [travelling to the past] too.

I want to tell my readers a story while they travel the places where it all happened. History can be thrilling if the writer finds a story that keeps their attention, and believe me, history is full of amazing stories, many of which are yet to be told. 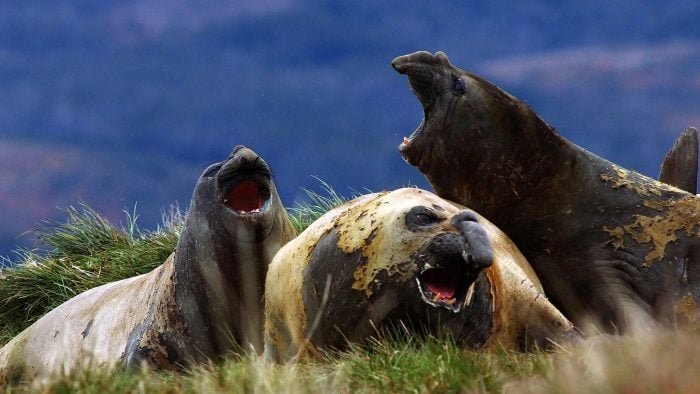 What is it about Darwin’s exploration of Argentina that you find so fascinating, and how can people experience this themselves?

The coastline of Patagonia and Tierra del Fuego are fascinating with or without Darwin. Whales, dolphins, penguins and many other interesting animals, as well as glaciers, fossils and so much more can give every nature lover a trip to never forget. Darwin’s story ties it all together into an evolution trip.

Tierra del Fuego is best visited onboard Cruceros Australis. The Patagonian coast is not so popular but it is wild. The best places there are Puerto Madryn, Puerto Deseado and San Julian. Super visited Calafate and Torres del Paine, although not visited by Darwin, are not only fabulous but also very similar to places Darwin visited that tourists cannot reach. Both places are definitely must-visit spots in the region. 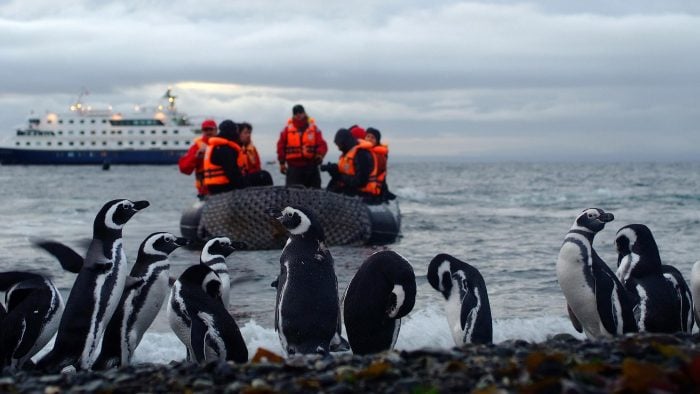 What discoveries did Darwin make there and what knowledge did these discoveries lead on to that is relevant today?

Darwin is the father of modern biology. His theory of evolution not only had an impact in scientific fields but also changed our point of view of the world, man and God. His theory was developed during his days in southern South America.

Of course the Galapagos were very important as this was where he tested and proved his ideas, but while he stayed for five weeks in the Galapagos, he spent almost three years in southern Argentina and Chile. His stay in Patagonia was definitely crucial to his theory. In this region he found his first fossils, which spoke to him of extinct species similar to the living ones, akin living species living close to each other spoke to him of a common ancestor.

Glacier erratics told him that the world had changed in the past and that it was much older than anyone thought. And most importantly, during his experience with Fuegian aborigines, he understood that man had adapted like the rest of the animals, which led him to see in man another animal species. This was eventually the central part of his work “The Descent of Man”.

One of the Fuegians, Jemmy Button, told him that tribes battled over the means of survival. This concept, applied to the rest of the species became the principle behind “natural selection”, the engine of evolution.

His later observations in the Galapagos certainly wrapped up all this knowledge, but it all started in the south of Argentina and Chile. 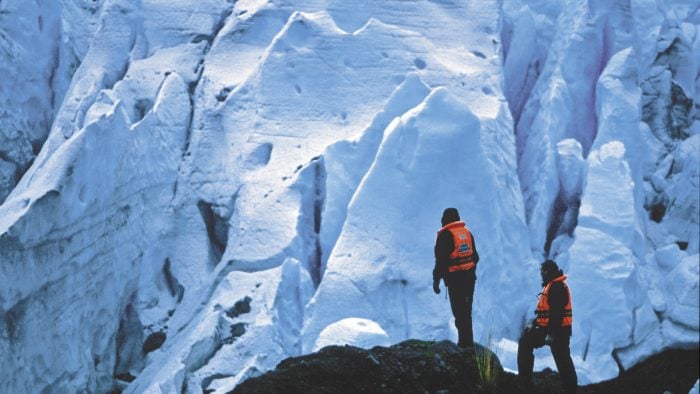 How can people experience Darwin’s route and learn about his discoveries while they’re travelling there?

Unlike the Galapagos, where Darwin is present in every guide’s explanation, guides in Patagonia rarely relate the famous naturalist’s voyage with the region. That’s why, after writing “Darwin’s Betrayal” together with my editor Sergio Zagier and the two Canadian scientists Barry and Amanda Glickman, we published a book for travellers called “Patagonia through the Eyes of Darwin”. This book can be a guide for those who want to follow his footprints.

What difference do you think it makes to a traveller’s experience of the South Atlantic Coast if they find out about Darwin’s connection to it?

There are different kinds of travellers but many find that the stories attached to the places they visit add a lot to their travel experience. And if that story is that of the most polemic scientific theory, backed by one of the most prestigious British scientists in history, then the story adds a lot more. I often give lectures to travelers and I always find that Darwin’s story in Patagonia is not only thrilling but also very inspiring to my audience. Find out more about Gerardo Bartolome and his work by visiting www.gerardobartolome.com.