Top Festivals Around the World in May

Visit any of these annual celebrations that take place during May for a unique insight into each region’s culture and traditions.

Just a short ferry ride away from Hong Kong city, Cheung Chau Island is the setting for this boisterous annual celebration, with most of the events taking place at Pak Tai Temple as the most important religious site on the island. Over the week that coincides with Buddha’s birthday, bun-covered bamboo towers are erected, with lion dances, colourful parades in which participants dress as folkloric characters, and the festival’s main event, a bun scrambling competition. On the last day of the festival (May 3) participants climb a 60-foot tower to collect as many buns as they can – the higher the bun, the higher the score – with individual contests and a relay. The week-long event is a colourful showcase of the island’s folklore and fascinating traditions.

Since it began in 1970, this annual event has showcased new work by national and international artists – across all arts disciplines – in Iceland‘s capital. For two weeks exhibitions and performances are hosted at Reykjavik’s cultural venues as well as at unexpected locations throughout the city. From the contemporary to the classical, this year’s events include performances presented by Iceland Dance company and The Iceland Symphony Orchestra.

Each year, during the full moon of the fourth lunar month, Waisek – also known as Vesak – is celebrated in honour of the birth, death and enlightenment of Buddha. At this time, thousands of Buddhist monks gather at the world’s biggest temple, UNESCO World Heritage Site Borobudur, on the volcanic island of Java, with some of them making the pilgrimage from the village of Mendut. Lit by the full moon, monks walk in procession through Borobudur while carrying candles and flowers to leave offerings and pray, making it a truly memorable insight into the local culture.

Over the huge sand dunes of Nakatajima, more than 100 kites are flown until – at the sound of a trumpet – the kite fliers compete to cut each other’s strings and bring the other kites down. Then by night, decorated floats parade through Hamamatsu’s city centre. The festival is believed to have begun in the sixteenth century when kites were flown in honour of the birth of the Lord of Hamamatsu’s son. Even now the tradition hatsudako takes places here, with kites flown after the birth of a boy. Throughout Japan May 5 is Children’s Day with carp streamers displayed, representing carp swimming up waterfalls to signify the children’s progression. 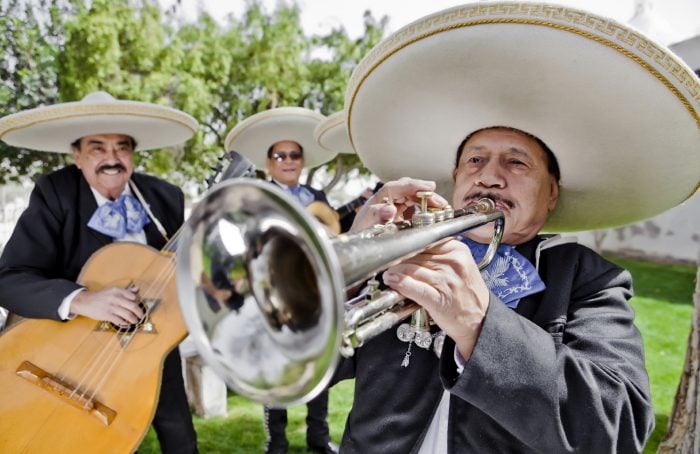 Held in commemoration of the 1862 Battle of Puebla, Cinco de Mayo celebrations take place countrywide but none are as big as in Puebla itself, with cultural exhibitions and performances taking place over the 20 days leading up to May 5. The day of May 5 begins with a battle reenactment, before the parties and parades ensue. In this celebration of Mexico’s culture and heritage, watch musicians and dancers perform, see the parade of decorated floats and try the local street food.

Inaugurated in 1953, Norway‘s multi-arts event is firmly established in the northern European arts scene, attracting around 80,000 visitors each year. Over 15 days around 200 events are hosted by 15 different venues, spanning music, theatre, dance, opera and visual art. Plus, it all takes place in the laid back harbour town of Bergen that’s known as the City of Seven Mountains and Seven Fjords, due to its spectacular natural surroundings. 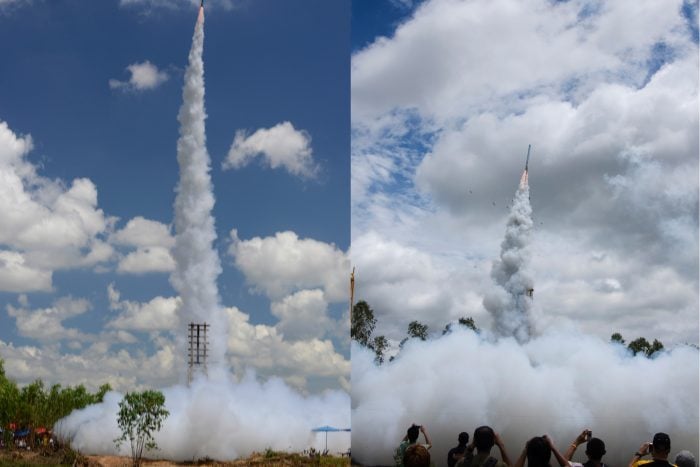 Bun Bang Fai, commonly called The Rocket Festival, is held throughout northeast Thailand and Laos, but the celebration in Yasothon’s Phaya Tan Park is the biggest one around. Participants compete by firing homemade rockets from bamboo platforms into the sky. A panel of judges then decides which rockets have gone the furthest. Taking place at the beginning of the rainy season, the original belief was that firing rockets into the sky would encourage the rain to come. Music, dance and processions round the lively event off.

In the capital of Zimbabwe, HIFA presents a six-day performance and workshop programme with theatre, dance, music, fashion and visual art among the many disciplines. Both local and international artists are featured but the events focus is to promote arts and culture in Zimbabwe, and since the inaugural event in 1999 it has become one of Africa’s biggest festivals. The theme of this year’s event is ‘Articulate’.