Adventurer, TV personality and author Ben Fogle tells us about his most memorable encounters across the globe, ahead of the latest series of Ben Fogle: New Lives in the Wild. 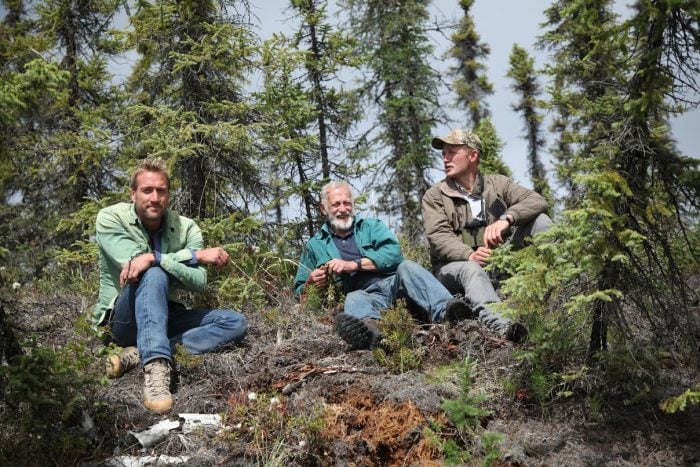 Your expertise lie in Latin America, having taken Latin American studies and spent the following years there. What originally drew you to the region?

It was the mystery. I knew so little about the continent and it’s people, so I was drawn to the excitement of the unknown. At school I was best friends with a Mexican, a Guatemalan and a Venezuelan, and during holidays I would return to London while they disappeared to these exotic lands of jungles and pristine coast.

Which part of Latin America have you most fallen for now that you’ve travelled the region so extensively?

I spent a year in Ecuador, which will always be special, but Bolivia is the country that really captivates me. I love the rich culture and it feels like a place unlike anywhere else.

What was your first experience of Africa?

Zambia when I was 25. It was soon after I had left the island of Taransay where I’d spent a year marooned as a Castaway. I’d always wanted to go to Africa and I was blown away by it; it really stole my heart.

You’ve said that you’d have become a guide there, if your career hadn’t worked out. Which part of Africa would you have chosen to return to?

Almost anywhere. Africa has a hopeful optimism, despite all it’s hardships; It is a much lighter continent than Latin America. I’m passionate about wildlife and I’ve always dreamed of becoming a safari guide. Botswana is remarkable and I’ve been fortunate enough to spend a great deal of time in the Okavango Delta.

You’ve taken on many intrepid journeys, from filming shows such as Extreme Dreams to your own personal challenges. What’s your greatest challenge been?

There are too many. Each and every one has challenged me in one way or another. With Extreme Dreams it was often the people I was with that changed the dynamic, because for many of them, it was their first time away. I think I’ve found the jungles to be the toughest environment, but rowing the Atlantic was the most physically arduous and crossing the Empty Quarter with camels was tough.

Who have you met on your travels that’s made a lasting impression?

Each and every person has enhanced my experience. I’ve met some truly astonishing people during New Lives in the Wild. It’s taken me to nearly fifteen corners of the world from the Philippines and Australia to Namibia and the Arctic Circle. Highlights include Steve Lal whom I spent ten days with, living on his remote mountain farm in the Indian Himalayas. There was also Mestikima, a young Ethiopian who I met while making a documentary about the awful illness Noma. I spent several months with her in Ethiopia; she was such an inspiring and brave girl, and it put my life into perspective.

Where in the world have you had your most memorable encounter with the local community?

Papua New Guinea. Hands down. It’s such an exciting part of the world. It’s untarnished by tourism or commercialism, and it’s edgy and real. We were given a tribal welcome to a remote jungle community, with 300 locals dancing and chanting; there was no money involved. I was moved to tears and it remains one of my travelling highlights. I’m fascinated by cultures that still retain an element of self sufficiency; those groups that remain largely disconnected from the modern world.

Have there been any especially memorable wildlife moments?

Too many. My great white shark encounter off the Farallon Islands off San Francisco was awesome – two great whites fighting over a bull elephant seal. I had a close encounter with a wild Nile crocodile in Botswana and I went scuba diving with a four-metre croc, with no protection; it was terrifying and beautiful in the same instant. And then there were the two jaguars that came into our jungle camp in Guyana; an experience I’ll never forget. I’ve never seen a tiger or gorilla in the wild though, so I’d love to do that.

Where have you been most struck by the beauty of your surroundings?

I adore mountains. New Zealand is pretty astonishing and Milford Sound is a highlight, but Amalfi in Italy must be one of the most beautiful man-made communities. The Empty Quarter of Oman is unlike any other landscape I’ve seen and I will never forget the silent solitude of Antarctica.

Is the local food an important part of the travel experience for you?

Of course. Travel is a multi sensory experience and food is key. I am a firm believer in eating local and over the years I’ve tried most things. I think the food in Laos is extraordinary; their use of catfish in curry is beautiful. I like Ethiopian food too and Peruvian ceviche is the best, but overall it would have to be Indian. 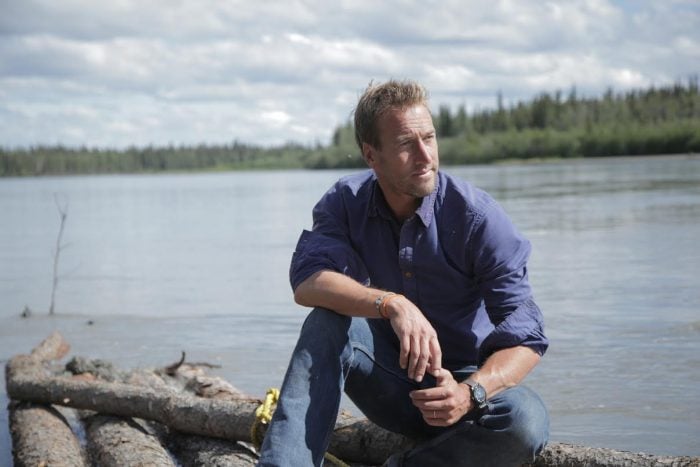 Where did you head to for the latest series of New Lives in the Wild?

The series took me to Utah and two elderly twin brothers who are preparing for the end of the world by living in a cave. Then there was the London PR girl who gave it up to live in the Arctic circle, and the African who moved into the Namibian desert with his Japanese wife and young girl. One of my favourites was the family of trappers who lived In the Alaskan bush; it must rate as one of the most remote locations, as it’s only accessible by seaplane.

Are there any highlights in this series that we should look out for?

Too many. The time I castrated a goat will probably stick out.

The latest series of Ben Fogle: New Lives in the Wild will be aired mid November on Channel 5.