Top Festivals Around the World in February

Visit any of these annual celebrations in February for a unique insight into each region’s culture. Millions of people from across the globe fly in to Rio de Janeiro each year for what is perhaps the world’s most famous carnival. Over the five days leading up to Lent, this hedonistic street party showcases flamboyant costumes, Brazilian rhythm and exuberant dance; a celebration that arose from the tradition of consuming all decadent food and drink before Shrove Tuesday, to remove all temptation during the fast for Lent. Become immersed in the street parties and parades, and soak up the city’s Samba scene. Easter Island’s biggest draw is the intriguing monolithic heads that look out across the land, but during two weeks of each year, islanders gather to celebrate their unique culture through music, traditional sports and dance events; highlights include spearfishing, Haka Pei in which participants slide down steep slopes on banana trunks, and a dance competition to crown the Queen of Tapati. Organised by the locals as a celebratory summer festival, visitors to the island are welcomed to experience the festival’s true authenticity. Events are held islandwide, including at the crater of an extinct volcano in Rapa Nui National Park. Close to Cape Town, the Dutch colonial town of Stellenbosch is set amongst the rolling hills and verdant vineyards of South Africa’s winelands. Each January the festival draws thousands of food and wine enthusiasts to tour the surrounding wineries and restaurant scene, take part in wine tours and taste the region’s top quality wines. To celebrate the beginning of the harvest season, the festival also has a harvest street parade. 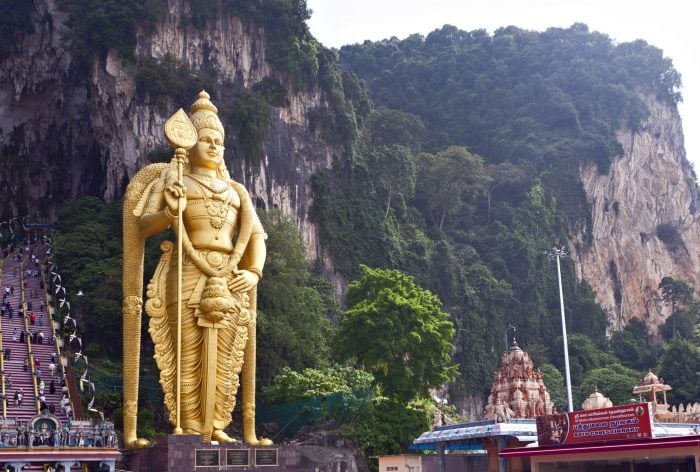 During the full moon of the tenth month in the Hindu calendar, this important Hindu ceremony gives devotees the opportunity to thank Lord Subramaniam for any prayers that have been answered. The festival takes place all over Malaysia, but the most well known celebrations are at Batu Caves, just outside Kuala Lumpur, where a huge golden statue of Lord Subramaniam stands before stone steps that lead up to shrines hidden within limestone caves. On this day, devotees leave offerings and carry ornaments, which are attached to their bodies by hooks. South Africa tours often include the opportunity to explore the country’s idyllic Winelands. On your journey, stop by Franschhoek Summer Wines Festival to meet all of the local winemakers in one place. Held at Leopard’s Leap Family Vineyards, this annual event brings Franschhoek’s winemakers together to showcase their top wine varieties. Aside from wine tasting, make the most of the food on offer and catch performances by local musicians. In the Old Fort of Zanzibar’s Stone Town, Sauti za Busara festival – meaning sounds of wisdom – is held to celebrate Africa’s diverse music, with traditional and modern genres as well as theatre, film screenings, comedy and dance. While most of the cultural event takes place in one location, there are fringe events across the island.The festival kicks off with a parade at Forodhani Gardens.