India’s unparalleled beauty, vivid array of colour and intoxicating smells always make for an interesting visit. I spent two weeks travelling round the north of the country, in the region of Rajasthan, to explore some of the best sights. Here is a small selection of photos from that trip. I started my trip in Jodhpur. This was taken outside Jaswant Thada, which, although built many years later in 1899, is made out of the same dazzling white marble as the Taj Mahal. The detailing on this mausoleum was beautiful. 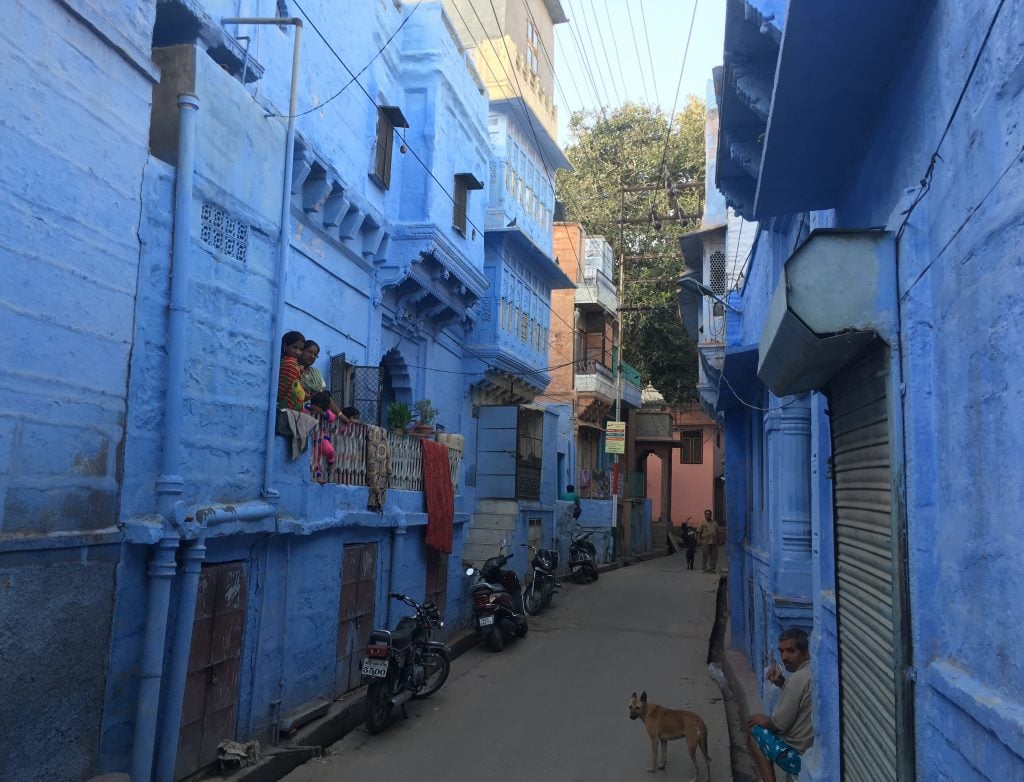 From here I was taken on a fascinating walking tour around the blue city of Jodhpur with my knowledgeable guide. All of these brightly painted buildings in the area are owned by the Brahmins – the highest caste in Hinduism. After a short drive, we stopped in a village in a more remote area of Jodhpur. An opium ceremony was taking place among the villagers, captured here. After the liquid is steeped, people sip the drink from this Brahmin leader’s hands.

Across the road, another inhabitant of the village was skilfully crafting pots and bowls from clay. I bought a lovely ornate elephant as a keepsake from the trip. As the day cooled, everyone ventured outside to enjoy the evening rays. Here, the grandfather of a multi-generational family happily posed for a picture. 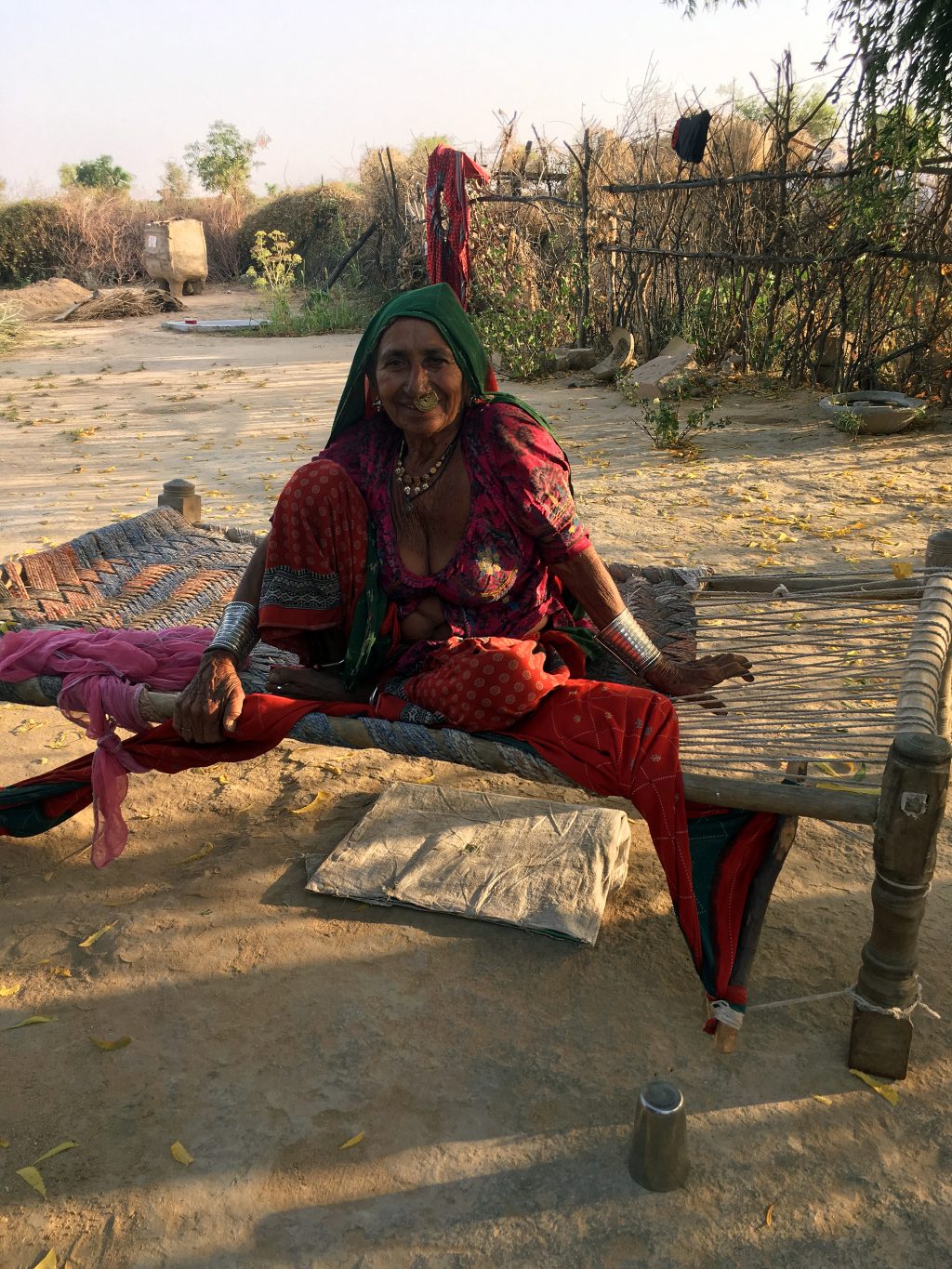 This is his wife, who was also more than willing to have her photograph taken. And these are two of their (many) gorgeous grandchildren. This photo was taken during an early morning game drive at the Jawai leopard camp a couple of days later. The camp exists harmoniously alongside the leopards, who roam the vast neighbouring pastoral lands. The stunning Taj Lake Palace hotel, sits on an island in the middle of a glistening lake in Udaipur. To cross the water, they have little shuttle boats going back and forth to the hotel every couple of minutes. This picture shows the City Palace situated on the shore of the lake opposite the hotel. When the sun began to set, we were taken on a complimentary spectacular sunset tour of the whole lake by boat. The following day, a guide took me around the City Palace to learn more about its extensive history and inspect the dazzling architecture. Another safari outing, this time at the Sher Bagh in Ranthambore. Although not captured in this photo, I was treated to a magical sighting of the illustrious Indian tiger – a moment I’ll never forget and possibly the highlight of my whole trip. Captured at sunrise, even the symmetrical terracotta gates leading to the Taj Mahal were magnificent. The Taj Mahal truly is as stunning as it is renowned to be. Commissioned in 1632 by the emperor Shah Jahan, it was built in memory of his beloved wife. With fewer visitors in the earliest part of the day, I was able to capture this almost-empty shot of the bejewelled mausoleum. To show my relative size! From Agra, I then headed to Jaipuir – the final destination on my trip. This photo was taken from the edge of Maota Lake surrounding the impressive Amber Fort, which has been standing since the 16th century. Finally, my guide took me to a colourful local festival held in the pink city of Jaipur. This captured people preparing decorations to go on parade. It was wonderful to embrace the local culture and partake in the joyful celebrations. Cows, considered sacred in India, helped to transport parts of the fabulous parade through the streets of the old city.

If Rachel’s photo journal has inspired you to visit India, one of our expert travel designers can help you plan your perfect trip. Get in touch or call  +44 (0)2035 536914