We speak to esteemed travel writer and Lonely Planet author Joe Cummings on the evolution of travel, breaking into travel journalism and meeting Mick Jagger. How did you break into travel writing and land your first guidebook writing job?

My first professional break came when I started writing the “Asia in Print” column for the monthly Asia Record in 1979. I mainly wrote book reviews, and probably read every single book published during that period in English on Southeast Asia, including travel literature and guidebooks.

In 1980 I sent an aerogramme to Tony Wheeler, founder of Lonely Planet, proposing a guidebook to Thailand. He said yes, sent money, and I wrote the first edition of Lonely Planet in 1981. Then my first newspaper travel feature, on Koh Samui, was published in 1982 in the San Francisco Examiner. How has travel journalism changed in the time that you’ve been a part of it?

Editorially guidebook editors today demand a different approach. They still want the facts but they want them sugar-coated. We used to have to get under the skin of the country, but most editors now want us to take a more ethnocentric view.

The smaller towns and off-the-beaten-track places are getting less attention. Publishers look at what the other publishers are putting into competing guides, and they want the same coverage. There’s less incentive to be a maverick and do something different.

Now that videos are an important part of travel journalism, have you become involved in this too?

I have worked with numerous directors in video and TV, most recently with Anthony Bourdain Parts Unknown this year. I plan to start directing my own travel documentaries soon.

How has the way we travel changed in the time you’ve been documenting it?

Places and experiences deemed ‘exotic’ in the past have been so well covered that exotic doesn’t sell like it once did. “Where’s the party?” is more of a dominant travel theme nowadays. I notice that travelers tend to stick together more rather than striking out solo.

And how do you expect the way we travel to evolve in the future?

Shorter destination guides that are downloadable for phone or Kindle are becoming more common, and I expect that trend will continue for a while. With WiFi practically everywhere these days I expect people to make travel plans on their smartphones, rather than reading newspapers, magazines or guidebooks.

Have there been any especially memorable moments when you’ve been on the road?

There are so many, it’s pretty difficult to pick just one. Most recently I had a fantastic time camping on the uninhabited island of Ko Kam Nui in the Andaman Sea, and going to sleep with the sounds of forest and sea each night. Since travel is largely about the people we meet, who have you met that has made an impact on you?

I met Mick Jagger in Bangkok in 2003 and stayed in touch with him for a few years afterwards. He’s one of the most interesting people I’ve met anywhere. He’s an intelligent travel fanatic with very broad interests.

Over the years what misadventures have you had, and how have they made you a better traveller?

I once got in a fishing boat at Carita Beach in West Java to visit Anak Krakatau, the island remains of one of the world’s largest volcanoes. It turned out that once the boat cleared the bay its motor was too weak for open sea waves and currents. The motor gave out and we went adrift.

The trip was supposed to be four hours but we were adrift for 26 hours with no other boat contact. I thought that was the end but eventually we made it back to dry land. Now, I won’t travel long distances in boats, without doing more research on safety first.

What spurs your passion for travel?

It probably started with my upbringing in a military family. I never lived anywhere longer than three years until I was 30 years old, so being on the move is natural to me. I love being in a city I’ve never been before, getting a little bit lost, learning something about local habits and eating strange foods. It encourages you to be more mindful of your surroundings, rather than being numbed by ritual and familiarity. How has Thailand, and the rest of Southeast Asia, changed in the time you’ve spent there?

The numbers of travellers has increased exponentially. It used to be that when you saw another traveller on the road in upcountry Thailand, you’d want to rush up and hug them. The islands and beaches are much more crowded now, although there are still plenty of uninhabited islands to experience, if you make the effort to find out where they are.

A couple of months ago I went to Ko Jam, for the first time in 15 years, and was surprised how relatively unchanged it was. There are more places to stay for sure, and there’s even electricity now, but most roads are still unpaved and it’s very laidback.

You’ve spent a lot of time in Thailand – what have you learnt from the Thai outlook on life?

Flexibility and tolerance, which have been hallmarks of Thai society for centuries. Recently politics has tested these qualities to the max, but I believe they’ll help see the Thais through this stressful period. Do you have any future projects planned?

Music has always been a passion of mine, and I’m indulging that passion a bit more these days. I co-composed some of the musical score for the Thai film The Last Executioner, and am planning to do more for a film called Rains Retreat later this year.

Travel media-wise, I want to try making 45-minute video documentaries on themes that in the past I would have written coffee-table books about.

Do you have any advice for aspiring travel journalists?

Don’t preach. You need to give readers the facts and let them decide what it all means. Lead with descriptions that put readers in the destination, then draw them deeper in by making it personal.

And one final piece of advice for travellers? 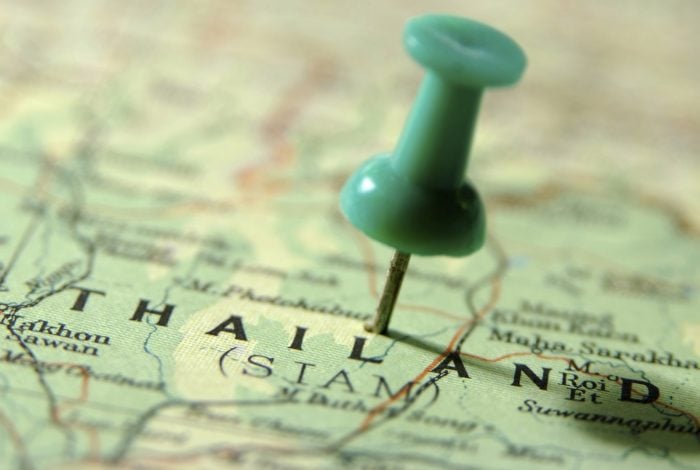 Joe now edits for EDM, Bangkok Post and Bangkok 101 magazine, alongside his travel journalism. The second edition of Joe’s book Buddhist Temples of Thailand will be released next month. You can find out more about Joe’s work and keep up-to-date with his future projects at www.joecummings.com.