Dubrovnik: Pearl of the Middle Ages

Imagine glistening marble alleyways quietly echoing with the tapping of a monk’s sandals, or the roaring of Richard the Lionheart and his Christian conquerors banging their swords and shields on Lokrum Island just a short boat ride away. The medieval Adriatic city of Dubrovnik is alive with the ghosts of history. The white and grey stone walls across the city have witnessed history that has had an impact on the world in which we live today. Mightily impressive stone gates welcome visitors to this pearl of Croatia, once used to stop raging hordes of Ottoman Turks from gaining access to this holy port city, and now to slow down the coach loads of tourists from overrunning the seaside resort. As visitors wander through the narrow and winding streets of Dubrovnik, it soon becomes obvious that this is a special place, a spiritual retreat and haven in which to embrace history and heritage. Cobbled streets lined with Renaissance-era churches, hidden cafes and restaurants built into crumbling ruins and family-owned shops which have changed little since being founded centuries ago, guide visitors along a path to the spectacular Franciscan church and monastery of the Order of the Friars Minor. Originally built in 1317, and rebuilt in 1667 after an earthquake destroyed much of the original infrastructure, the monastery houses the world’s third oldest functioning pharmacy, helping the sick and needy continuously since 1317. Ornate cloisters, comprising some 120 columns carved from yellow stone, are still used to this day by monks who live and work in the monastery. The bell of the domed, square tower rings through the city’s narrow streets, its sound trapped between centuries-old walls, creating a unique loud echoing chime that can be heard by sailors out in the Mediterranean Sea, enticed to this red-roofed city like those led by Siren calls. 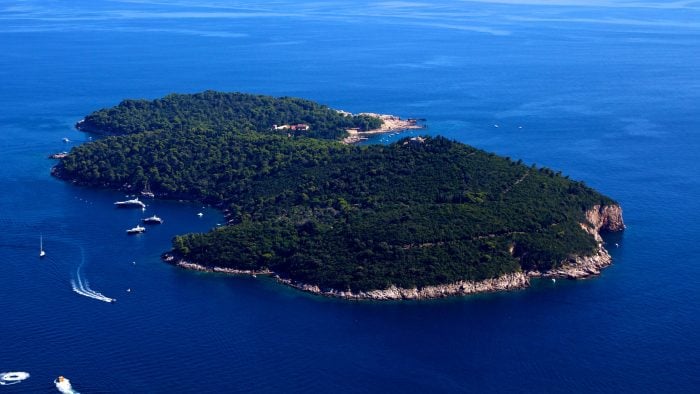 Just a short boat journey from this historic city, in Dubrovnik Bay, stands the intriguing forested island of Lokrum. During the Crusades of the Middle Ages, the legendary Christian leader Richard the Lionheart found himself stranded on the island, his boat having been blown off course by a fierce autumnal wind. The magnificent forest of Lokrum keeps its mysteries hidden from all but the most adventurous. The whispers of Christian crusaders weave between the trees, pulling visitors towards the preserved, rounded Fort Royal Castle of Lokrum. 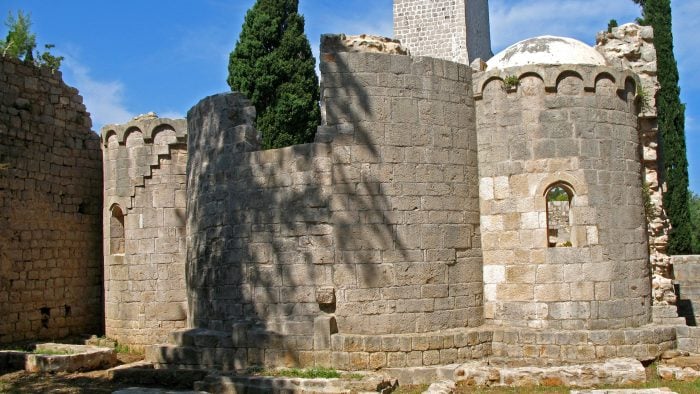 The fortress was first built by the French who had stationed themselves on the island during the Napoleonic Wars of the 1830s, and a towering lookout was built for Archduke Maximillian Habsburg in 1859 when he bought the island for Austro-Hungary. From atop the stone tower, the whole of Dubrovnik can be seen, noticeably where the walls separate the old city from the new. The ghosts of the past linger all across this medieval city, some more eerily real than others.

The final word on this should go to playwright George Bernard Shaw who once described Dubrovnik as ‘paradise on earth’. I think he was right.

All images by Joe Worthington.