On certain coasts around the world, privileged travellers can witness the nesting and hatching of creatures that have been on earth for over 100 million years. Sea turtles face constant threat, but in many areas conservation efforts are beginning to make a difference.

One of the most fascinating things about sea turtles is that they lay their eggs on exactly the same beach on which they hatched, yet nobody really knows how the turtles navigate their way back so accurately. Under cover of darkness, when the moon doesn’t shine, the female turtles cautiously exit the surf and lumber up the sand.

At this point, observers will be in darkness, with flashlights turned off. It’s very important not to disturb the turtles, who won’t lay their eggs if there is any light or activity that makes them uncomfortable.

Once the female has dug her nest, she enters a trance-like state as she lays her eggs, a process which can take up to two hours. During this phase, a little dim light is permitted, but it’s crucially important that the female isn’t disturbed. When she returns to the water, after covering the nest, flashlights must only shine from behind and never in front of the female.

The whole process usually takes between two and three hours, and this is the final part the mother plays in the lives of her young. Sixty days after the eggs are laid, the hatchlings begin to emerge. After digging through the sand, the babies set about trying to make it to the surf, waiting until the sun dips to head en masse towards the sea.

The tiny creatures bumble down the beach, guided by the glistening reflection of the water, but facing a plethora of obstructions and dangers: birds circle above ready to pick off the defenceless turtles, and even crabs are known to attack the ungainly hatchlings (as the clip below from the BBC’s excellent Africa series demonstrates). Some are their own worst enemies, getting stuck on their shells, flippers flailing, or going wildly off target and finding themselves thoroughly lost. And that’s before they’ve even reached the water.  It’s no surprise really that only between one and four in 1000 hatchlings are thought to reach maturity.

How does responsible tourism help?

Turtle tracking tours, when led by an expert and conducted with the upmost respect for the turtles, can be a wonderful way to support local conservation efforts. Not only does it educate visitors to the threats faced by sea turtles, but the money raised provides a valuable reason to protect the area and the turtles. Every year, Leatherback and Loggerhead turtles return to the Elephant Coast to lay their eggs.

Although both species were dangerously close to extinction along the Maputaland coast (the northern stretch of the KwaZulu-Natal coast), conservation efforts have helped to bring them back to healthier numbers.

From the end of October until January, the turtles arrive on the northeastern shores of South Africa, and from January to March, you can watch the hatchlings emerge. Sodwana Bay is not just a world-class dive site, but also an excellent place to watch nesting and hatching. You can stay at Thonga Beach Lodge, who will organise these excursions; it’s crucial that you’re joined by a certified guide for these delicate events. Further up the coast, towards the Mozambique border, is Kosi Bay, another popular spot with the turtles. Green and Hawksbill turtles visit the shores of Con Dao, which is the only place in Vietnam that they nest, from May until October.

The Con Dao islands are located just off the coast of Vietnam and the vast majority of the area is a National Park. As a protected area that isn’t easily accessible, the islands are largely quiet and free of mass tourism. The Six Senses Con Dao is one of Asia’s finest luxury hotels, in part for its responsible attitude to the environment in which it resides; turtle tracking tours are available from the hotel.

When: May to October
Stay: Six Senses Con Dao On the northern Caribbean coast of Costa Rica, Tortuguero is a hot-spot for turtle nesting. Green and Baula turtles nest between March and October (March to June for Baula turtles; July to October for Green turtles).

Manatus only offer Green turtle tracking trips, and as such their tours run between July and October. Manatus is also an excellent base for seeing all sorts of other tropical wildlife too, such as monkeys and sloths.

When: July to October
Stay: Manatus …So remember that even if you’re visiting turtle nesting sites in season, you might not see anything. That’s just the nature of Nature. 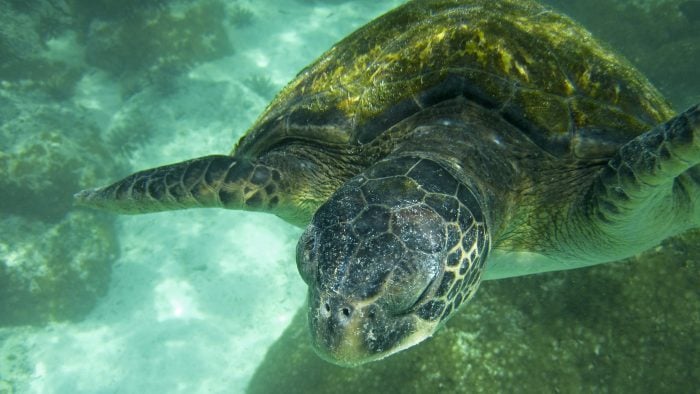