The Land of Fire and Ice: Iceland Travel Guide

Iceland is a bizarre and incredible island: black volcanic rock contrasts with glittering glaciers, and steaming geysers explode into sub-zero air temperatures. During the winter, waterfalls freeze and the Northern Lights dance across the sky. Over the summer you can explore the interior, a true wilderness. This is Iceland: a country like no other. 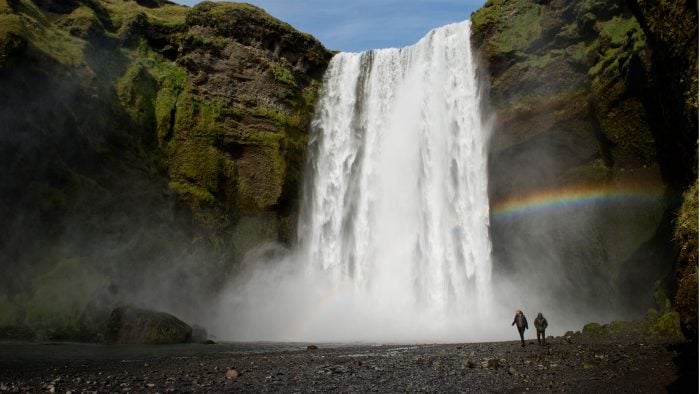 On the rim of the Arctic Circle, Iceland is one of the most striking places on our planet. Its moniker – the Land of Fire and Ice – is spot on: this frozen landscape is set right on top of a volcanic melting pot, evident in the fountains of scolding water and explosions of molten lava that escape the crust. The result is a landscape of stark beauty. 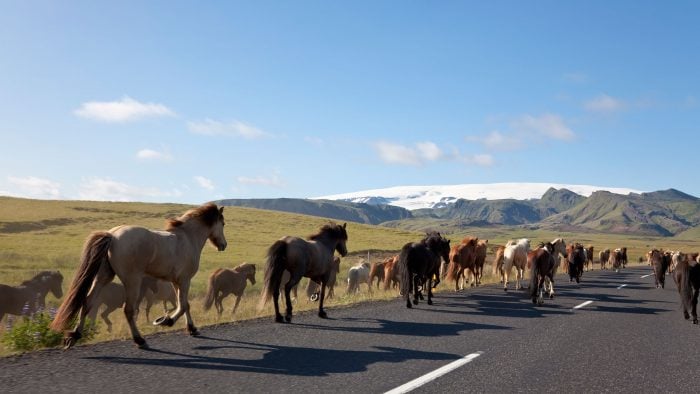 Iceland regained independence in 1944 having been previously ruled by Norway, Denmark and – briefly – Britain. Since then, the country has been embroiled in several ‘cod wars’ with Britain and Germany; endured one of the worst economic crashes in the recession; boasted the world’s first openly gay and the country’s first female Prime Minister (Jóhanna Sigurdardóttir); and caused havoc throughout the world of aviation when Eyjafjallajökull erupted in 2010.

The Icelandic people are seen as being laidback and sometimes quite reserved, but they don’t take themselves too seriously. A quick wander around souvenir shops in Reykjavík reveals plenty of t-shirts bearing an image of an exploding volcano above the words: ‘Don’t mess with Iceland! We may not have cash, but we’ve got ash!’ 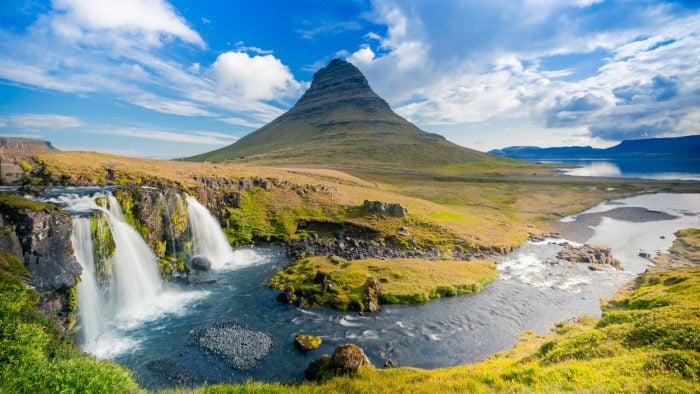 This cool capital is set on the coast of southwest Iceland and the Greater Reykjavík area is home to the majority of the population. With the city’s inhabitants numbering around 120,000, it is only large in comparison to the rest of Iceland’s tiny towns.

Up on a hill overlooking the habour and the rows of Scandi-style houses of red, green and blue, the Hallgrímskirkja is a huge, white church with a rather phallic façade. 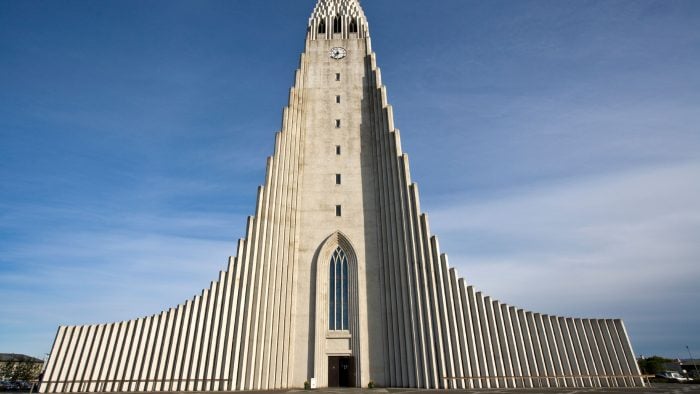 Speaking of which, another of Reykjavík’s most well-known sights is the Icelandic Phallological Museum, which houses a collection of over 200 penises.

If that’s not really your thing, Þjóðminjasafn, the National Museum, explores Iceland’s history with an interesting photography collection on the ground floor. The Art Museum, Listasafn Reykjavíkur, has a great and surreal Erró exhibition, and the Einar Jónsson Museum presents some of the work of this renowned sculptor. 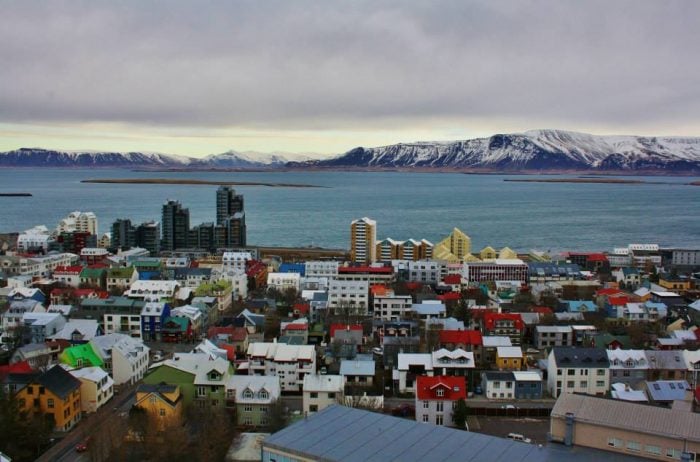 The first thing to know when chasing the Northern Lights: even in perfect conditions, you are not guaranteed a sighting.

However, you can help yourself enormously by following these tips:

·  Travel between September and March, with December and January being the best months in which to see the Aurora.

·  The further north you are – and the furthest away from towns and artificial light – the better the display.

·  Opt for countryside lodges, rather than city hotels where you’ll need to go on a Northern Lights tour, which can last for hours without yielding any results. It’s far better to stay outside built-up areas, so all you need do is walk outside.

·  If possible, stay at a hotel that has an ‘Aurora wake-up call’ – you’ll get a call to your room when there’s some activity, which means you won’t need to stay up all night watching the sky for a display that might only last for two minutes.

·  Lastly, your trip should involve more than Northern Light spotting, so if you don’t see a display, you won’t leave disappointed. Iceland has a plethora of activities and sights on offer, so this shouldn’t be too difficult. 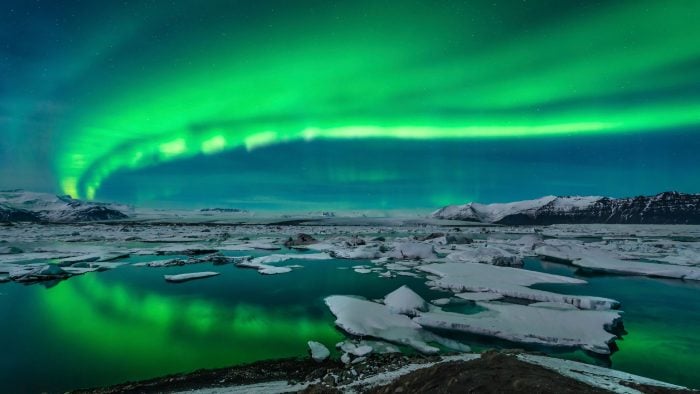 Set squarely on the Mid-Atlantic Ridge, Iceland is a volatile, volcanic island. Hot water bubbles from the icy crust of the land, lava erupts from deep fissures that cut right to the Earth’s core, and explosive geysers regularly launch fountains of boiling water into the chilly air.

Take a chopper over deep fissures spurting lava and red-hot natural gases for a bird’s-eye view of Iceland’s tempestuous terrain. 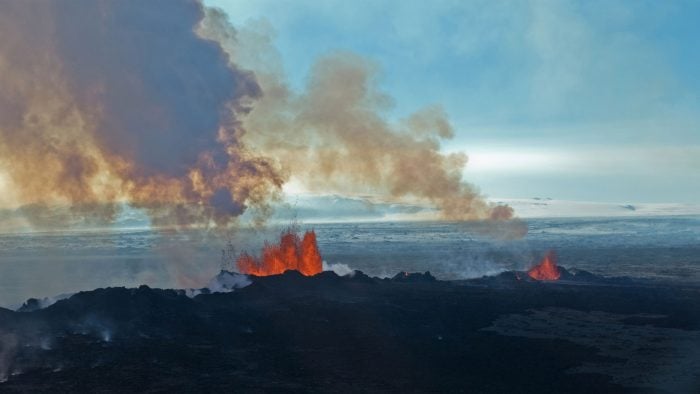 One of the most popular geysers to visit is the Strokker Geyser in Geysir, which is on the popular Golden Triangle circuit. Every 15 minutes or so a bubble of water suddenly swells up to then explode out of the earth in an enormous column of boiling water. 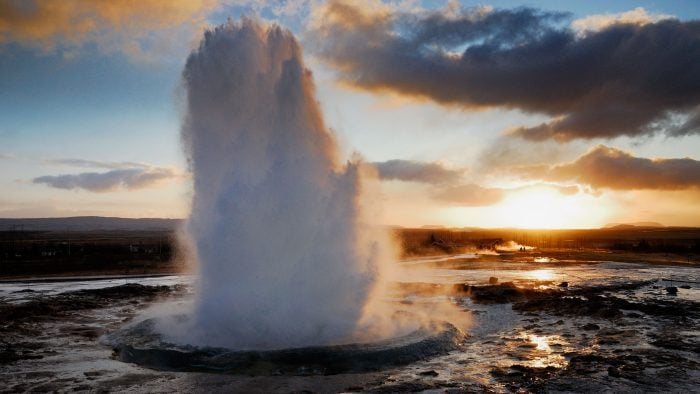 The most famous of geothermal pools is the Blue Lagoon, located conveniently close to Keflavik airport. Beneath the naturally-heated, pale blue, steaming water is a layer of white silica mud, which you can use to give yourself a mineral-rich face mask. You’ll quickly get used to the smell, a product of the high sulphur content of the water; just make sure you use a hefty amount of the hair conditioner supplied if you want to get a brush through your mane for the next couple of days. 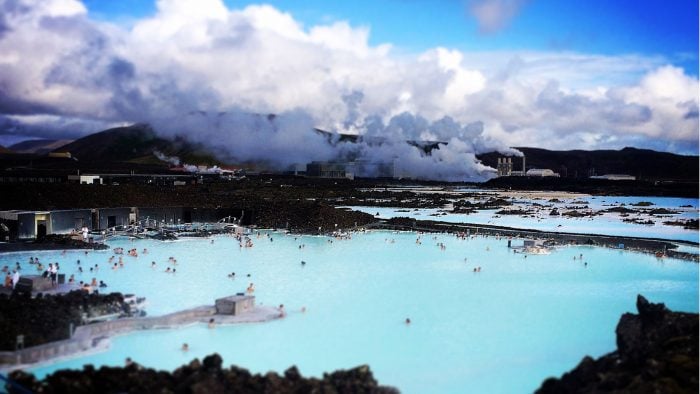 11% of Iceland is covered by glaciers. Some of these are stunning, the glistening white ice disappearing into plains of volcanic black rock.

One of the most beautiful parts of southern Iceland is the glacial lake Jökulsárlón. Located in Europe’s largest national park, Vatnajökull, Jökulsárlón is home to a colony of seals which you’ll spot popping up for air in between the lake’s icebergs. Walk out to the estuary of the lake and you’ll find a black-sand beach covered with white sparkling chunks of ice: quite unearthly. Over 20 different types of whales have been spotted in Icelandic waters, including minke and humpback whales.

The summer (between April and September) is the best season for whale watching and tours depart from all over Iceland, although Reykjavík’s Old Harbour will usually be the most convenient on a shorter trip.

Aside from whales, it’s also possible to spot porpoises, seals, basking sharks, white-beaked dolphins, and birds such as puffins, gulls and gannets.

There are fewer land-based animals in Iceland: there are no polar bears, and the only native mammal is the Arctic fox. 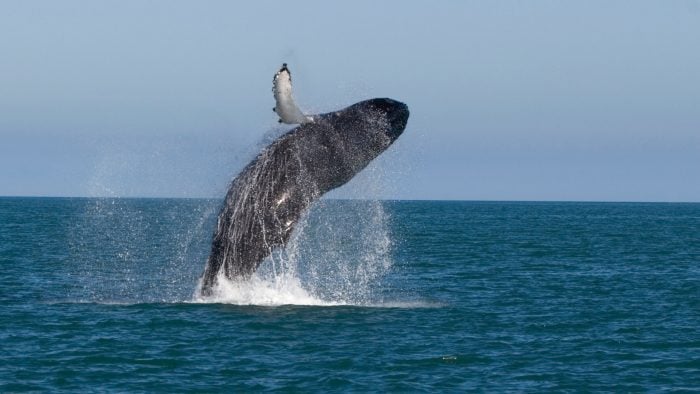 You can travel to Iceland year-round, depending on what you want to see. If you want to brave the icy winter for a glimpse of the Northern Lights, then you will have to travel between September and March, but the summer months are also great for accessing inland Iceland and activities that the winter months render difficult, such as hiking or horse riding. High season is between June and August.

Iceland is perfectly located to act as a stop-over for North Americans en route to continental Europe, and is just a short flight from the UK and other European countries. 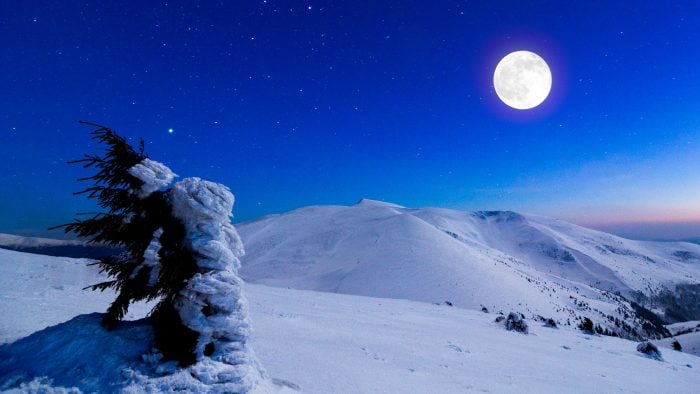 ·  Don’t tip: it’s not expected in any situation.

·  Knock back the water: Icelandic drinking water is supposed to be the best in the world.

·  Many Icelanders (as much as 80%, surveys suggest) harbour a belief in mythological creatures, such as elves and trolls. Folk tales were often used to explain the geothermal rumblings of the country.

·  Iceland is one of the most eco-friendly countries in the world, due to its vast supply geothermal and natural hydro energy.