When is the Best Time to Visit Greece?

Greece is known for glorious summer weather, blazing sunshine and clear blue skies from May to September. This is typically the best time to visit Greece - the country is full of life and temperatures reach the late 30s. It's also peak season, though, so many tourists descend on the small island.

There is also a slight difference in temperatures between the north and south of the country. Toward islands such as Crete and Rhodes, it remains fairly temperate even later into the autumn months.

Climate and Seasons in Greece

To catch the some gorgeous weather without the crowds, this is a great time of year to head for Greece. Whilst some areas of the mainland may still be a little bit chillier, island areas such as Crete and the Peloponnese are already reaching deliciously balmy temperatures, with the clear blue skies and sparkling sea for which Greece is famous. If you're planning a trip around this time however, try and avoid Easter week which tends to be a very busy time for internal travel. 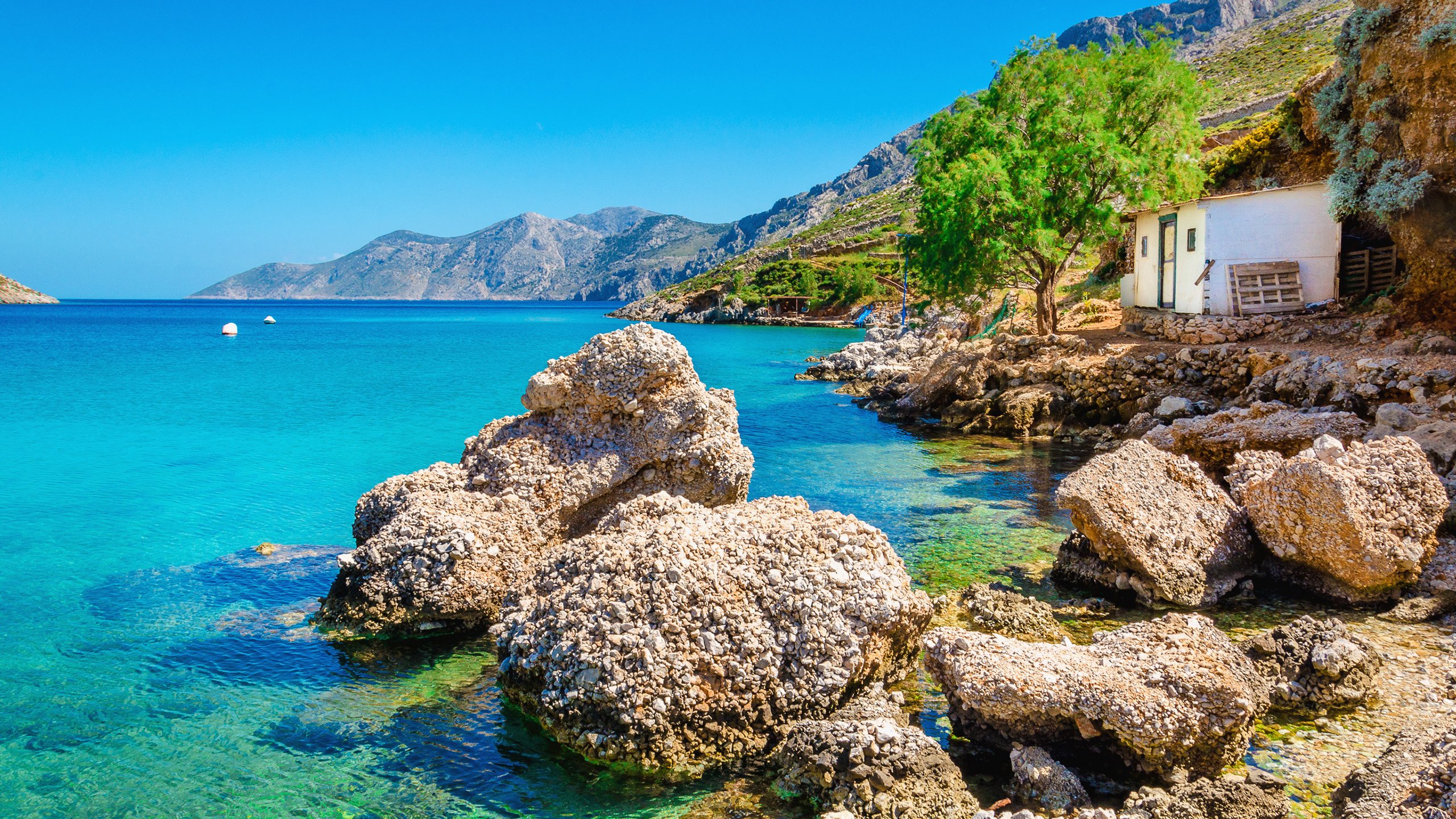 This is, of course, peak season in Greece for a very good reason: the soaring temperatures, glorious sunshine, golden beaches and glittering blue sea make this a prime summer destination. If you can brave the hordes of tourists, there's no better time to head for the islands of Samothráki and Thássos, which only really bloom during these months. For beach luxury and glamorous nightlife, Santorini and Mykonos are hard to beat, whilst Milos, Spetses and Folegandros are lovely spots for a laid-back family vacation or off-the-beaten-track escape. 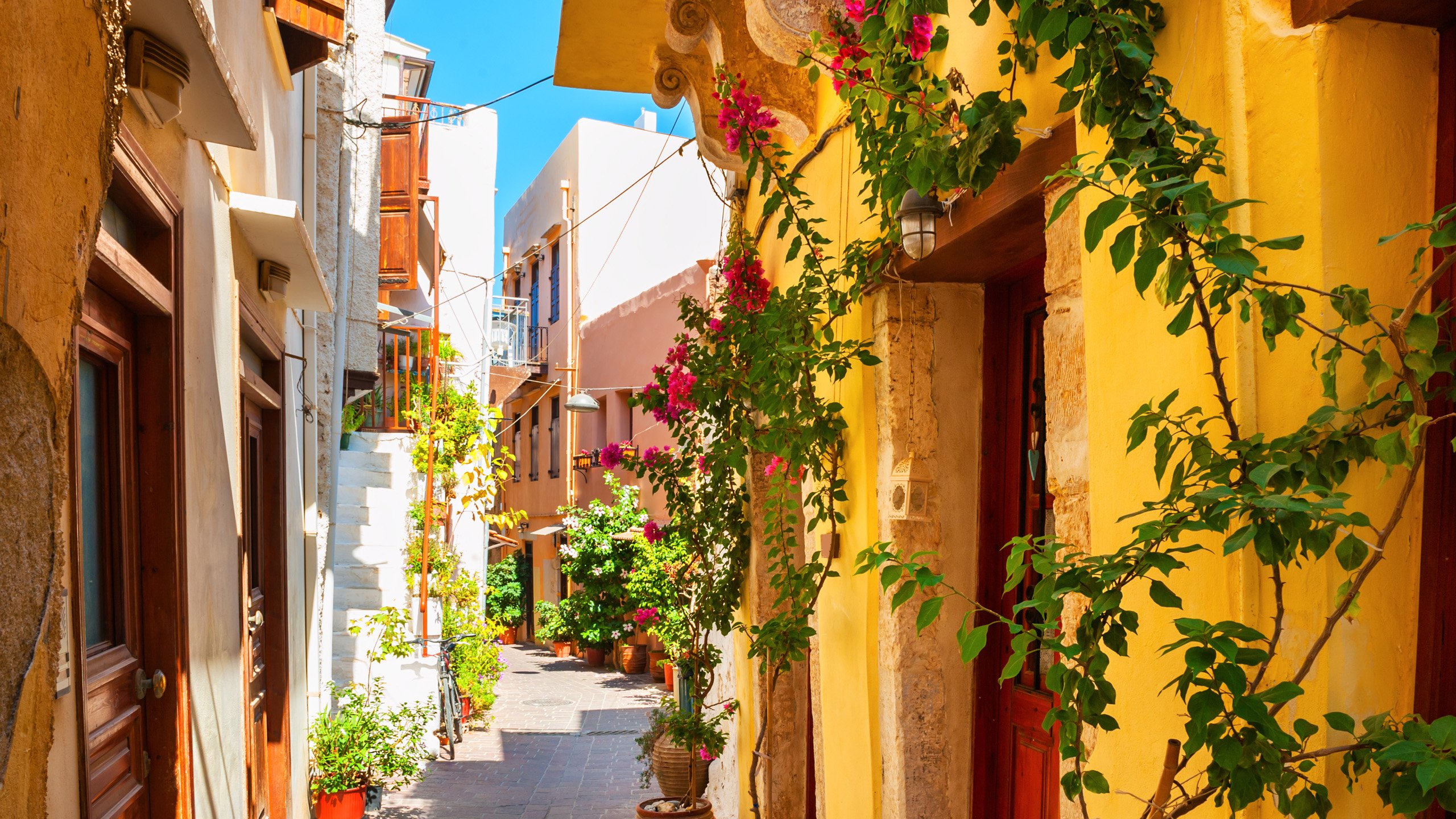 Weather on the islands, and Crete in particular, stays balmy well into September and even October, known as the "little summer of Ayios Dhimitrios". But if you've had enough of sun and sea for the year, there's a whole wealth of beauty, history, culture and cuisine to be discovered further inland. Now can be a wonderful time to visit some of the country's superb vineyards during the grape harvest, sample local Mediterranean olives and other delicacies, or explore the streets and ancient monuments of Athens. 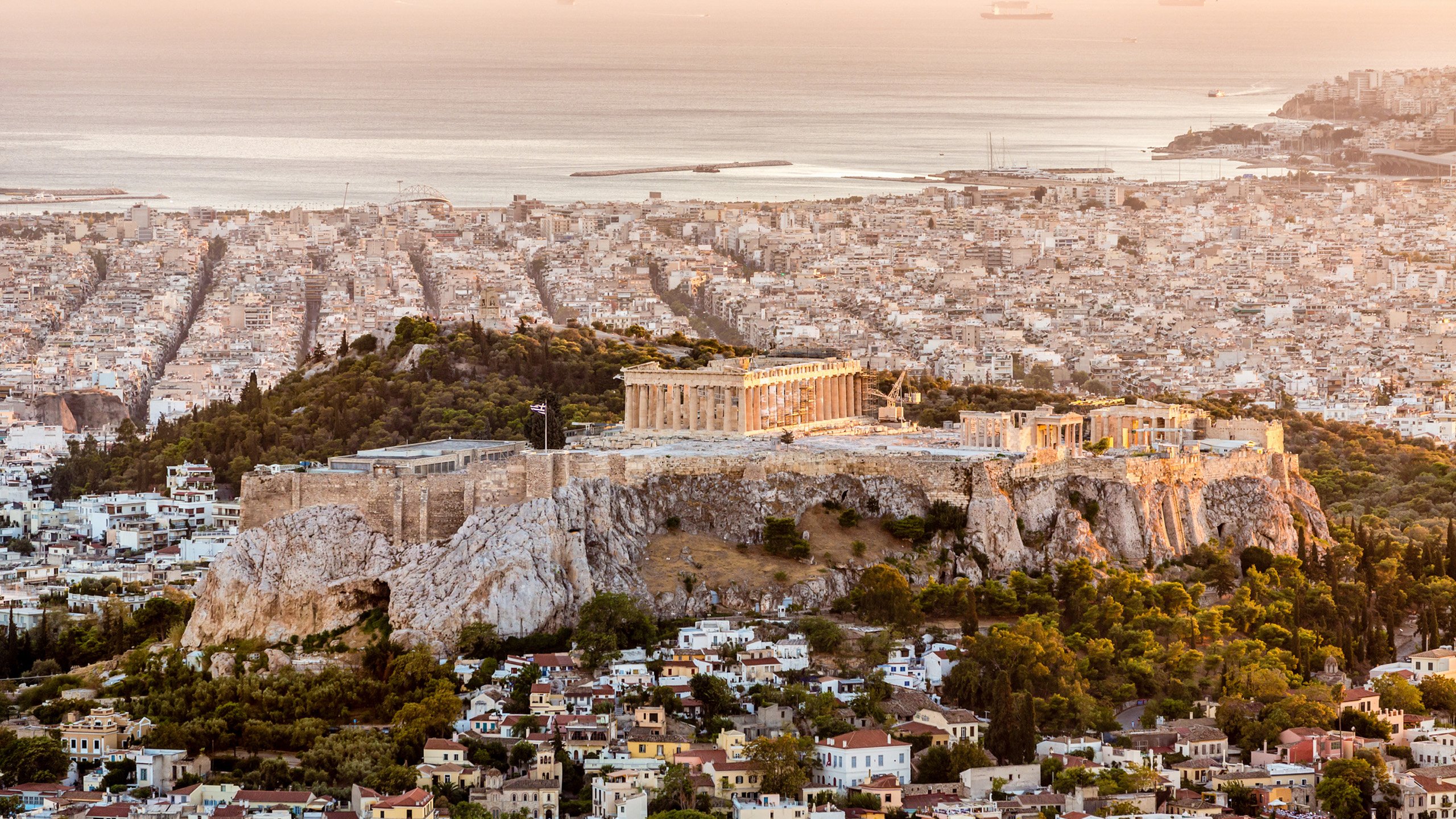 Whilst the weather during these months is the least reliable, they still see many beautiful, clear days. With the tourists and oppressive summer heat out of the way, this is the perfect time to head for Athens, the "cradle of Western civilisation", and take in some unique city life. With its awe-inspiring Acropolis, world-famous museums, stunning architecture from across the millennia, sophisticated cafe and bar scene and Michelin-starred cuisine, it makes the perfect destination to breathe some life into your winter months.

When is the Best Time to Go Hiking in Greece?

If you’re more into active holidays than sunbathing on one of the plentiful beaches, a beautiful time to visit is in the spring, around April and early May, when the sun is starting to warm up the isles but when it’s not unbearably hot. It is also a great time to see the wildflowers in bloom. Hiking, cycling and sightseeing in these months are pleasant, as well as in October when temperatures fall to 21°C or the slightly cooler November – around 17°C.

As well as being noticeably cheaper in these months, it is also a great time to head to Athens, especially if you are planning on climbing the hill to reach the spectacular Acropolis. In the summer, the country can regularly reach temperatures of around 40°C, or even higher in the built-up areas of Athens.

The Best Time to Visit for... 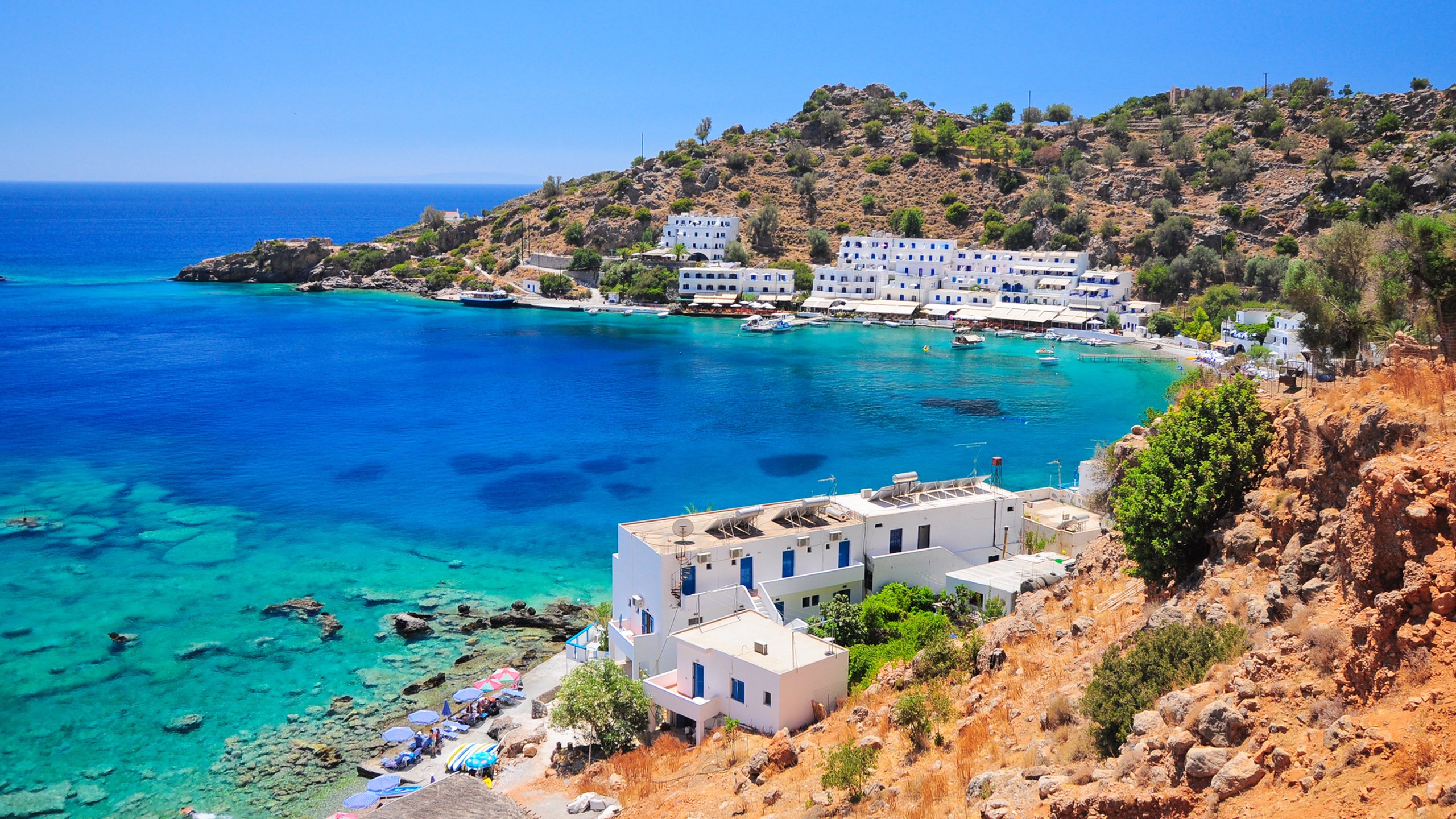 For those who are after a beach break, June to September are undoubtedly the best times to go, once the seas have warmed up and the days are filled with endless sunshine. Seek shade in the midday heat and enjoy some of the local delights - cooling greek salads, fresh seafood and crisp, refreshing retsina. 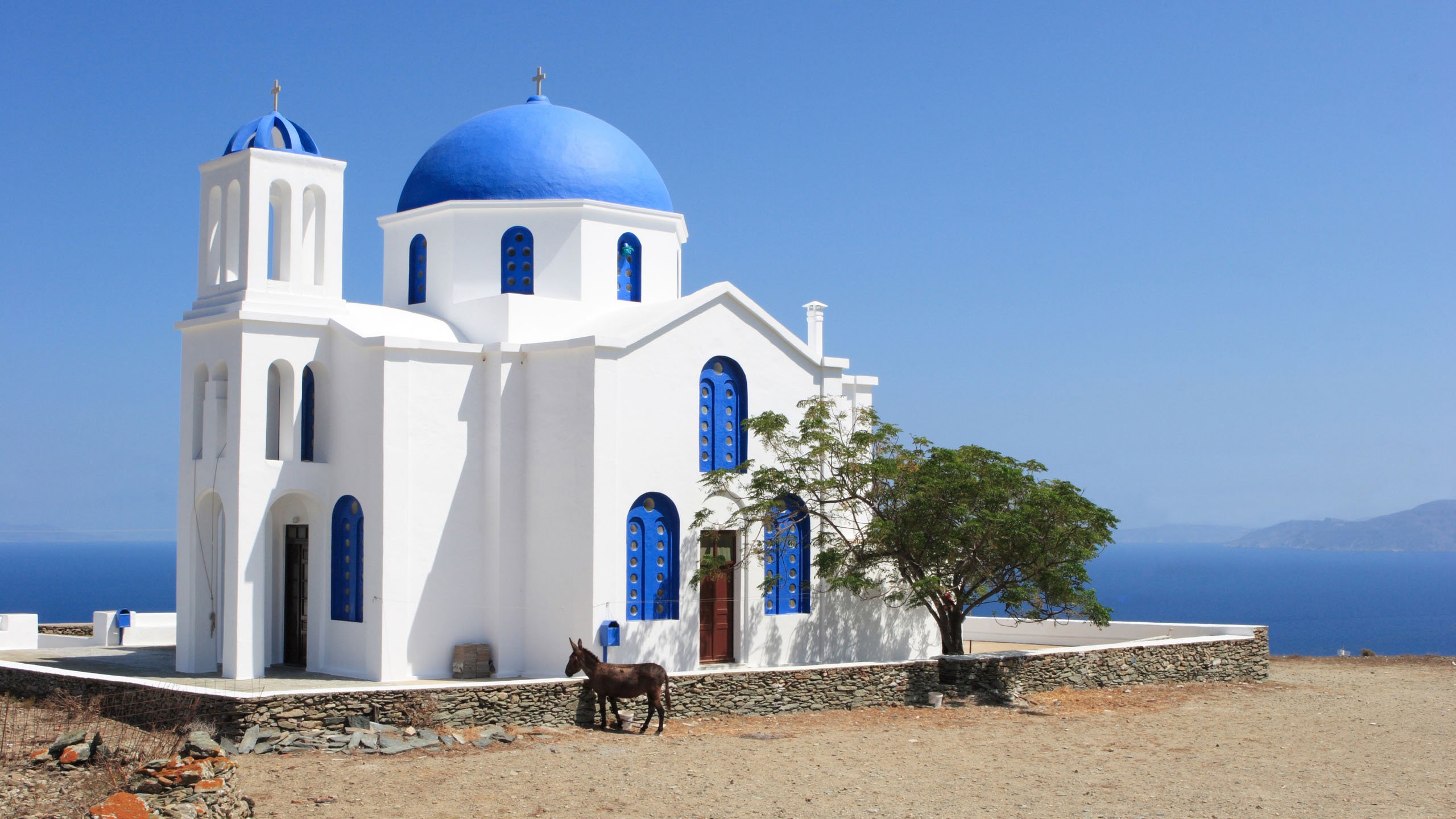 A wonderful time to visit is the during the religious month of March or April, when Easter arrives. Whilst many places close for the duration of the Easter weekend, in the larger towns, there will still be some activity. The beautiful processions and celebrations are great to witness. Make sure to plan well in advance as internal travel gets busy around Easter.

Mykonos, Paros, Ios, and Santorini are known for their party scenes, with the busiest months in July and August. Expect lots of live music and DJs in the main towns and on some of the beach resorts. 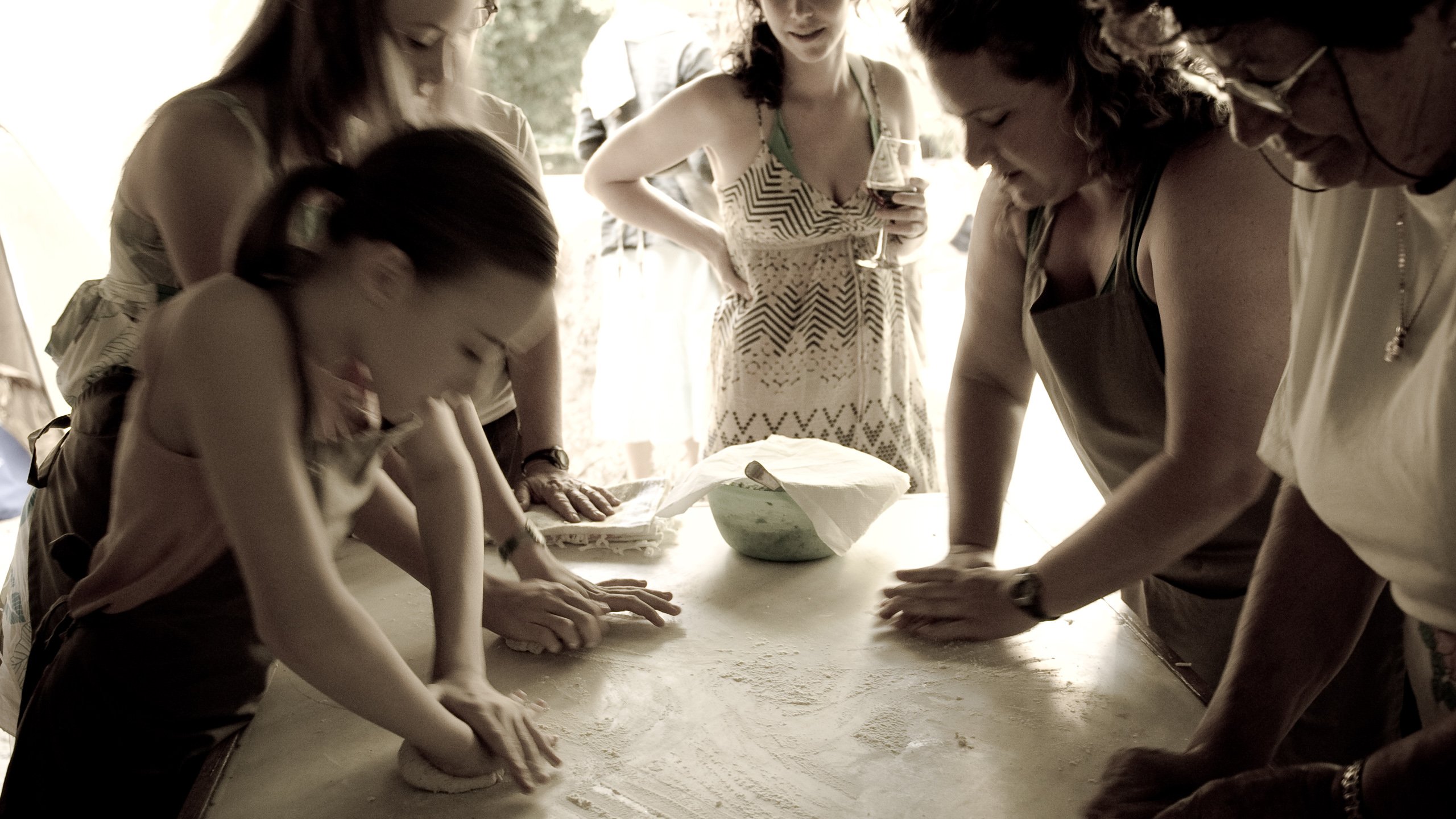 The best time to go to Greece for a family break with young children is during the months of May, early June and mid to late September. Temperatures during this time aren’t too hot and there are fewer crowds.

Whatever you want from your trip to Greece, our team of expert travel designers are here to help.