Seychelles Island Guide: Where to Go for Wildlife

Sublime white sand shores, lapped by the Indian Ocean, give the Seychelles its great allure, but these islands are also home to extraordinary wildlife. 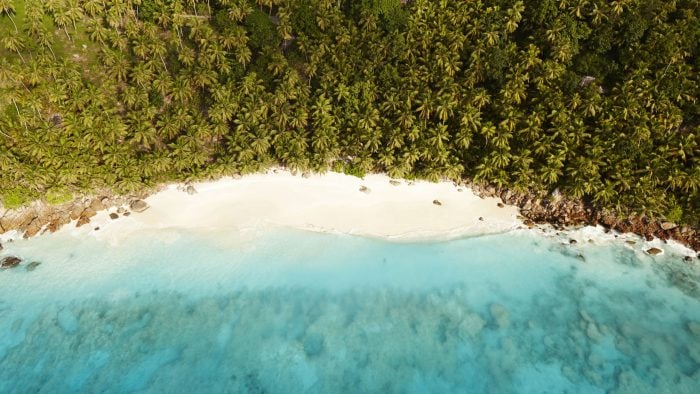 Seychellois guide Gemma Jessy specialises in wildlife tours. For her, a passion for the archipelago’s wilderness and resident species developed as she grew up amongst them. “Growing up, I spent a lot of time either in the sea or in the forest,” she begins. “And, now I love everything about the islands’ wildlife.”

“Being the only mid-ocean islands in the world that are granitic but not volcanic makes the Seychelles unique, and then within that, each island has something different to offer,” she explains, “The flora and fauna of the granitic islands differ from those of the coral islands. The biggest and heaviest single seed in the plant kingdom [the sea coconut, coco de mer] can only be found on two of the islands, while the rare Seychelles black parrot is only on the island of Praslin.” While leading visitors around The Seychelles, Gemma introduces them to the unique biodiversity that’s evident on each of the islands.

An incredible 250 species of birds have been recorded on the archipelago, 12 of which are endemic. Gemma has been lucky enough to see each one of these endemic bird species, along with the other wildlife that the islands are best known for. “Seeing the wildlife here is easy,” she tells us. “Sometimes it even happens within minutes.”

Conservation efforts have been extraordinarily successful here, bringing endemic species back from the brink of extinction, replanting indigenous forest that was once compromised by man, and monitoring the turtles that come to these shores each year to nest. “The Seychelles is very much into conservation,” Gemma enthuses. “With national parks, nature reserves and two World Heritage Sites, a lot is being done to protect our unique environment.”

Five islands in the Seychelles for wildlife exploration 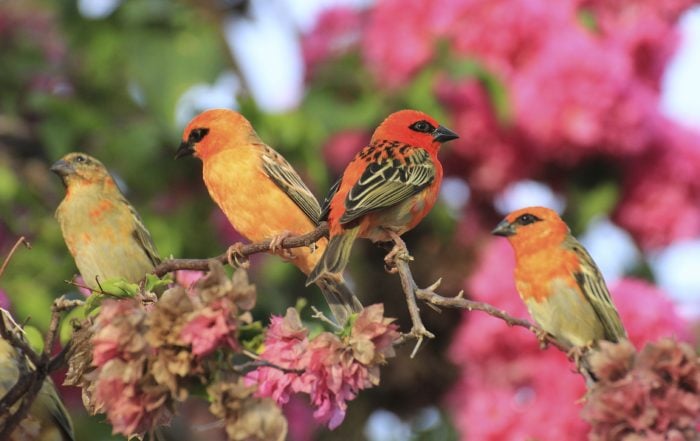 For Mountains, Forest and Whale Shark Sightings While this is the Seychelles’ largest island, most of the population resides in the capital Victoria, leaving the rest of Mahe aside for its mountainous interior, rainforest and sublime sandy shores. More than 20 percent of the island is taken up by Morne Seychellois National Park – an environment that ranges dramatically from coastal mangrove to the highest point of Morne Seychellois Mountain at 905 metres – where you can see the island’s endemic Seychelles scops owl. Of Mahe’s many beaches, bays and coves, the north-western coast is the peaceful gateway to Port Launay Marine National Park, which is great snorkelling and especially well known for whale shark sightings.

The Experience Venture along the hiking trails of Morne Seychellois National Park, and between August and October snorkel and dive to see whale sharks in Port Launay Marine National Park. 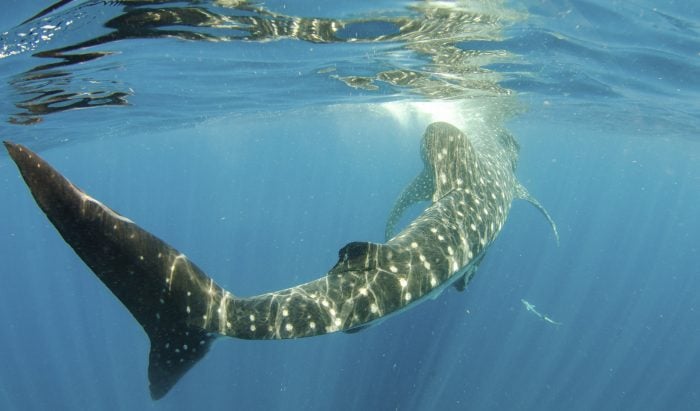 For Coco de Mer, Orchids and the Rare Black Parrot As the second biggest island in the archipelago, Praslin is less developed than Mahe and offers vast expanses of white sand coast and tropical forest, with the renowned yet tranquil beaches of Anse Lazio and Anse Georgette. Praslin is notably one of only two islands where the Seychelles’ endemic coconut Coco de Mer grows – which as the world’s largest seed has been recorded to weigh up to 42 kilograms – and while being the archipelago’s national bird, the Seychelles black parrot can only found here too. See Coco de Mer palms, orchids and the Seychelles black parrot in Vallee de Mai Nature Reserve, which due to its natural riches has been declared a World Heritage Site; In the nineteenth century the British General Charles George Gordon even tried to prove that this valley was in fact the Garden of Eden. The reserve has six endemic species of palm, alongside 28 other endemic plant species, an abundance of birds and reptiles, and critters that live in the freshwater streams, all contributing to its importance.

The Experience Trek through Vallee de Mai National Park and snorkel from the coast. 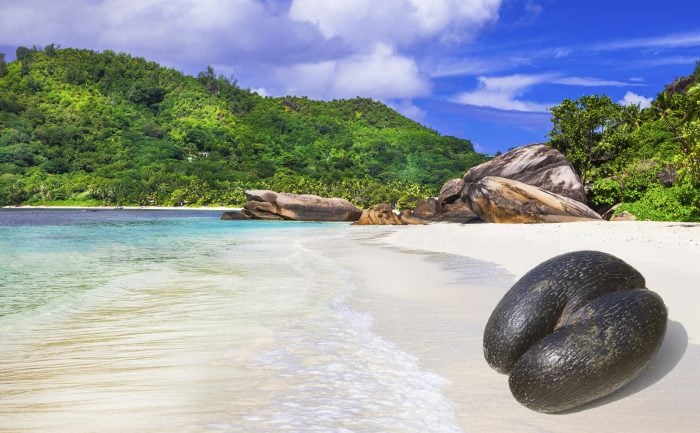 For a Unique Wilderness of Endemic Species This 4,930-acre granite island is the third of the Seychelles’ three major islands, but differs from its counterparts entirely. Silhouette is the only one to originate from a volcano, and due to its mountainous interior, is the least developed of the three. This preservation, and with terrain that ranges from the coastline to the peak of Mount Dauban at 2,461 feet, makes Silhouette a wildlife haven with an abundance of both flora and fauna endemic species. Without any roads running across the island, the only way to explore is by hiking the trails that wind through this equatorial forest – some of which is said to be the most dense forest across all of the Indian Ocean. Orchids and pitcher plants are common sights, with more endemic species on higher ground, including the rare Seychelles sheath-tailed bat. With such unique biodiversity the island is protected by The Silhouette Protection Project and 90-percent of the land is designated national park. Silhouette lies within an area of Marine National Park too, and has cultural intrigue with a history of Arab traders and tales of buried treasure.

The Experience Set out on hikes through the forest to see this island’s unique biodiversity. 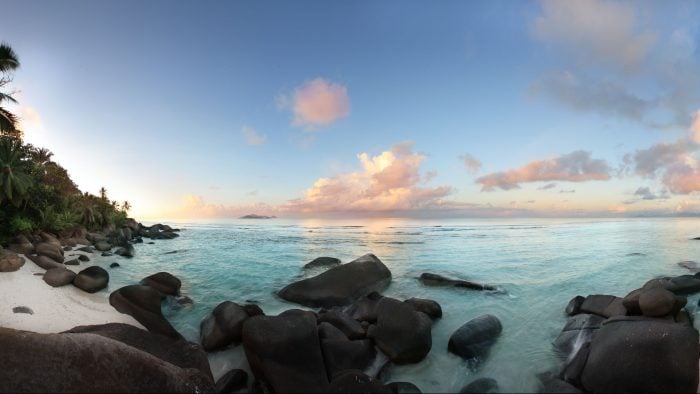 For Turtle Nesting and Rare Bird Species This small island, which lies just two kilometres from Praslin, is an island-wide nature reserve, where 8,000 trees have been planted since 1992 to make up for the destruction of development in previous years. The now pristine island hosts a series of conservation projects including turtle conservation and bird monitoring. Giant tortoises roam free, the rare sooty tern and Seychelles white-eye birds can all be seen, and from September to March – November to January at its peak – hawksbill turtles nest along the sandy coastline. Visitors to the island are encouraged to be a part of these projects, from planting a tree to assisting with turtle and bird monitoring.

The Experience Snorkel and dive in crystal clear waters, hike the island’s nature trails and take part in conservation projects. 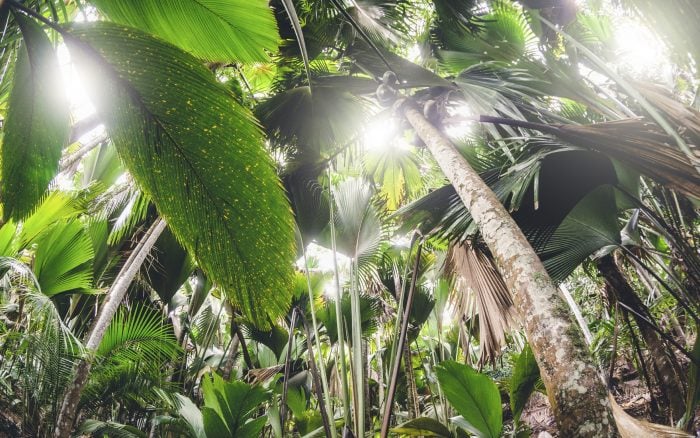 For Conservation Projects and the Giant Aldabra Tortoise Just three square kilometres across, Fregate Island only has one resort, and it’s one that’s successfully turned the island into a wildlife haven, while encouraging visitors to become involved with the conservation efforts. As many as 2,200 giant Aldabra tortoises roam freely through the forest, and rare hawksbill and green turtles can be seen too as they come to nest on the white sand shores from October to January each year. These turtles are monitored and some of the 100 species of birds are tagged, including the rare Seychelles magpie robin that conservation efforts brought back from extinction – as few as 14 existed three decades ago, making it the world’s second rarest bird. Now, the island has a healthy population of this species, as well as the Seychelles white eye and Seychelles warbler. Plant a tree to contribute to the environment that supports so many species, then dive into the surrounding waters with a resident ecologist to find out about the rich marine life. Whales, dolphins and giant mantas are occasionally seen passing through.

The Experience Help to monitor nesting turtles, tag birds and care for the giant Aldabra tortoises. 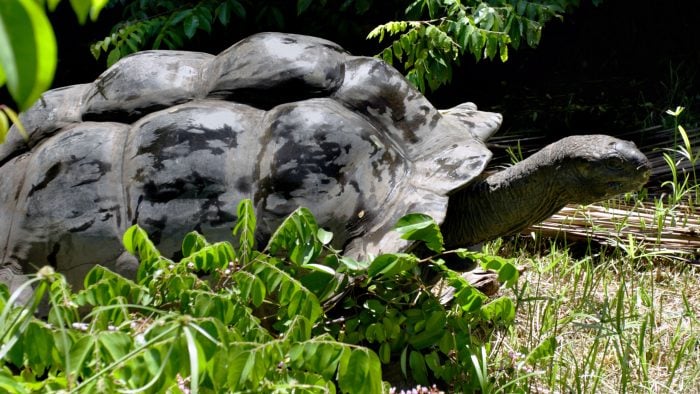 Four large coral islands and a lagoon make Aldabra the largest coral atoll worldwide, with coral reef surrounding the island too. Plus, with such a remote location in the Indian Ocean the atoll remains pristine and uninhabited to this day. This is also due to careful conservation, with tourism controlled by limiting the number of people who visit. Some 100,000 giant tortoises live on the islands, with large sea bird colonies and other unique species like the coconut crab – the world’s largest of its kind – all contributing to Aldabra’s environmental importance, making it an official World Heritage Site. To tour the islands with an official guide, permission needs to be obtained and a boat needs to be chartered from Mahe. 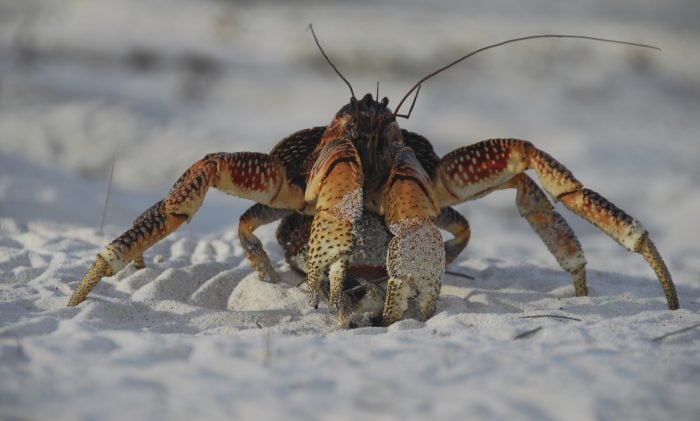