New Zealand is home to some of the world’s most spectacular lakes, here’s our pick of the top six that are well worth a visit when travelling this breathtaking country.

Lake Wakatipu is the longest lake in New Zealand, sitting alongside the adventure capital of Queenstown. Against the backdrop of the snow-capped Remarkables, its distinctive shape is like a lightning bolt and its surrounding mountains are recognisable from their extensive use in The Lord of the Rings film trilogy. Local legend says the lake breathes, its tide reflecting the heartbeat of a mythical lake monster named Matau. Matau’s body was burned after he kidnapped a Maori chief’s daughter, his death caused the snow to melt and great holes in the rock to break open, forming Wakatipu. 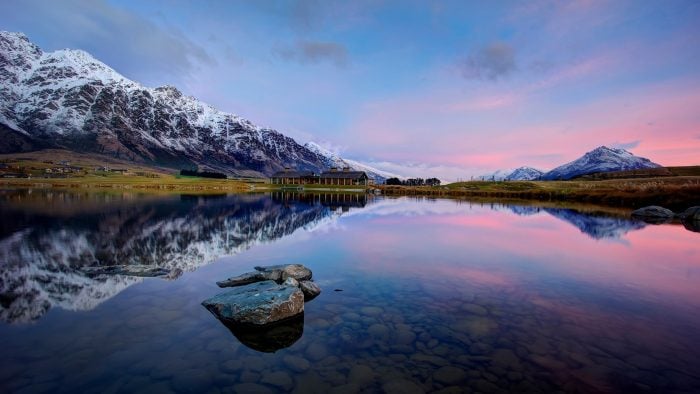 Its turquoise waters the result of glacial sediment, Lake Tekapo is amongst the most popular New Zealand lakes to visit. It is a treasured tourist attraction in the South Island, found alongside the Southern Alps. Additionally, if the weather is just right, you may be able to spot New Zealand’s tallest and most famous mountain, Mount Cook. At nearby Mount John, visitors can discover a premier astronomy observatory where they can take in the southern hemisphere’s first and the world’s biggest, dark sky reserve. 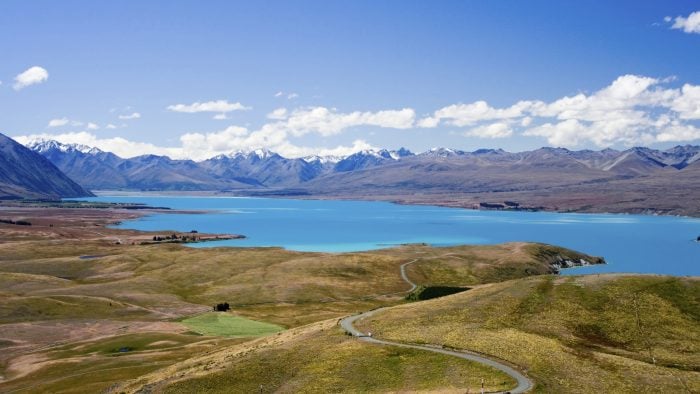 Pebble beaches and well-trodden walking tracks circle Lake Wanaka. The lake serves as the source of the Clutha, the country’s second longest river. Lovely Lake Wanaka sits alongside its sister lake, Lake Hawea. Behind, the powdery summits of the Southern Alps reach up in a craggy display of striking beauty. The mountains frame verdant meadows growing around the lake’s expansive blue waters. Serene and tranquil, it offers a relaxing break from the nearby ski fields while the wineries and gourmet restaurants are popular during the warmer months. Nearby Mount Iron is a popular hike too, fascinating with its rock formations.

Arresting in its splendour, the pure appearance of its waters make Lake Pukaki one of the most striking New Zealand lakes. The blue colours are a result of erosion from the Tasman and Hooker Glaciers. It sits as a large jewel beneath the guardianship of the enormous Mount Cook. The region’s beauty is a favourite location for celebrated Kiwi filmmaker Sir Peter Jackson. The surrounding formations and landscapes heighten its dramatic character. 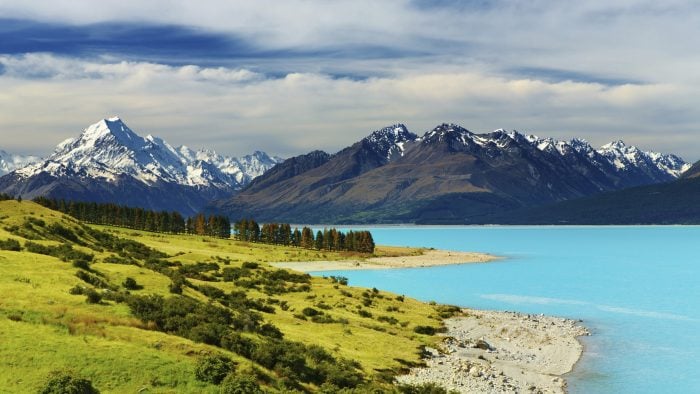 Otherwise known by its local name, Rotomairewhenua, The Blue Lake contains the clearest natural body of fresh water in the world. Avid hikers frequent its location in the Nelson Lakes National Park as it can only be reached by foot or helicopter. The park itself is filled with beech forests and glacial lakes. Great peaks loom while rivers run through the eye-catching landscape. 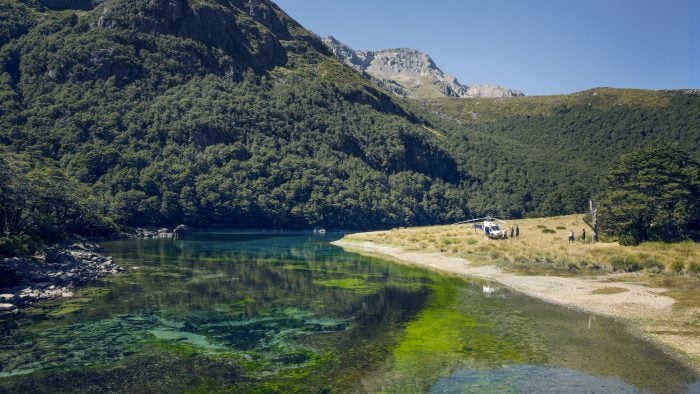 Gigantic in size, Lake Tekapo is viewed more as an inland sea than a lake. It is roughly the size of Singapore, forming in a caldera caused by the eruption a volcano roughly 2000 years ago. A typical New Zealand lake, many of the beaches have warm geothermal currents while the numerous geysers, hot mud pools and boiling craters bear testament to its past. Found right in the middle of the North Island, visitors will be close to the mighty Huka Falls while the lakeside town of Taupo is a welcoming stopover with laidback cafes and restaurants. For adventure seekers, there are many opportunities for skiing, sailing and kayaking in this region. The more culturally-inclined can enjoy a boat trip to the Maori rock carvings at Mine Bay. 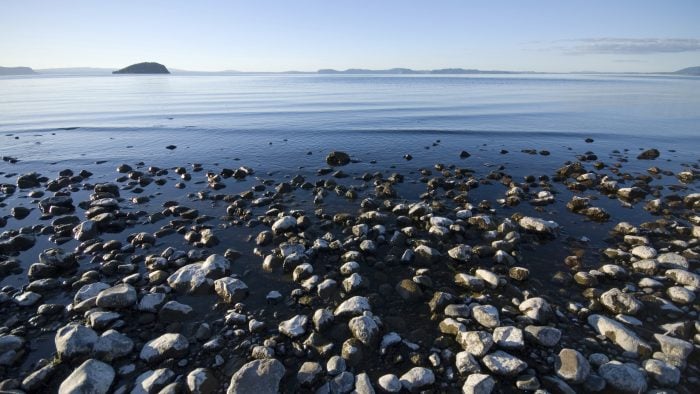