Landscape Architect Veronica Poblete of the extraordinary desert lodge Alto Atacama tells us about the surrounding land that she drew inspiration from and how to experience this magnificent setting yourself. 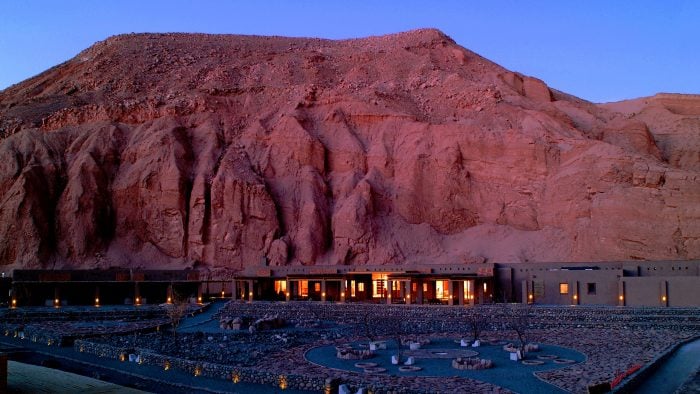 Alto Atacama Desert Lodge & Spa is located in a large valley formed by the San Pedro river between high mountainous walls, with a view of the sacred Andean mountains.

When Veronica became Alto Atacama’s landscape architect, it was this land that she drew her inspiration from. She tells us: “I found inspiration in the immense Altiplanic plains, the majestic volcanoes, the graceful mountains and the silvery frozen rivers and lagoons in the highlands at dawn, as well as in the dance of vicuñas and the enormous eye lashes in front of their blinking eyes. I was inspired by the amazing lightness with which Andean stone houses are carved, the magic of the women’s hands as they spin wool and in the beauty of the old shepherdess’ toothless smile.”

“I found inspiration in the immense Altiplanic plains and the silvery frozen rivers and lagoons at dawn.”

Throughout the year and with the light of each day this unique landscape dramatically changes in appearance. From spring to early autumn, trees and plants flower and fruit. “The hotel’s grounds look like a fertile oasis,” Veronica says, “Many birds visit and so do the foxes from the mountains, descending to drink water and eat algarrobo seeds.” 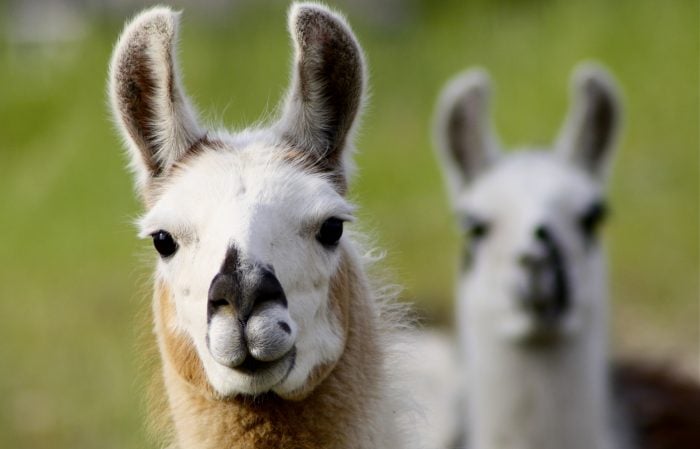 Fruits such as quince, prickly pears, figs and pomegranates then appear, baby llamas are born and adult llamas have to be sheared. “This is a busy time for harvesting,” Veronica explains, “then, during summer, strong tropical rainstorms hit the area, stunning visitors with their thunder, lightning and heavy rainfall, accompanied by the most incredible sky you could dream off. When the clouds and rainbows vanish, everything is left freshly washed and shining.” 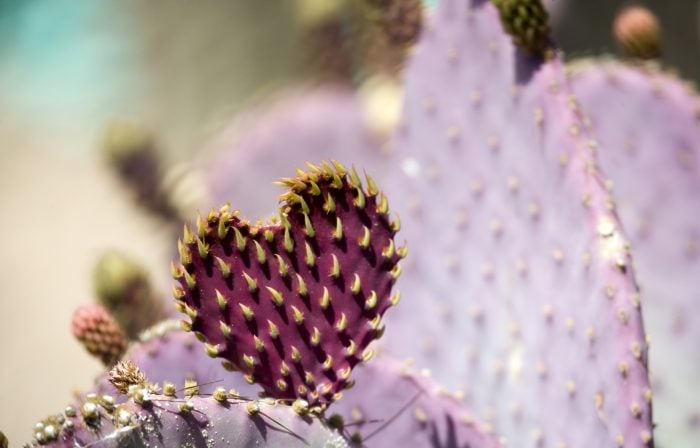 In mid autumn the night temperatures descend below zero so the river and water features freeze over each morning and cold nights are warmed by a blazing fire. Trees lose their leaves and the grass turns yellow.

“Since these are the clearest skies on earth, the sun and the light play an astonishing game with land’s colours and hues,” she enthuses, “All through the day and night the landscape undergoes continuous changes. If you remain in one place, the view in front of your eyes will surprise you constantly; stillness turns into a dynamic experience.” 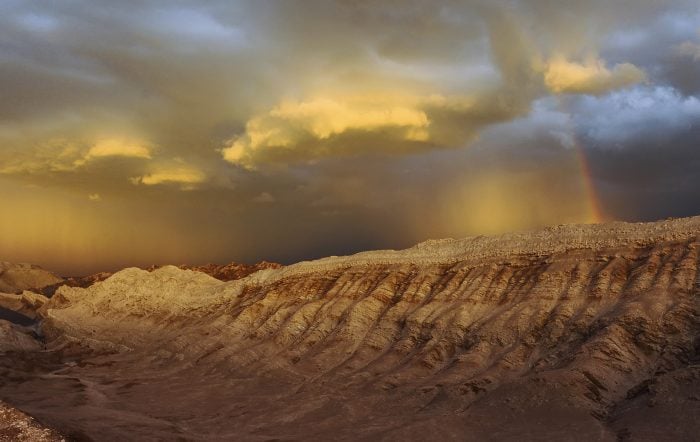 While designing this 2000-square-metre space, Veronica wanted to convey what she was inspired by. “I wanted to share with the guests all the fascination that had invaded me all through my sojourn within the area. I wanted the land to remain as part of the surroundings; I aimed for my intervention to be unnoticed and hidden.”

“I wanted to share with the guests all the fascination that had invaded me all through my sojourn within the area.”

Veronica explains that Andean Scape, her signature style of landscape architecture, encompasses both conservation and exhibition of the Andean scenery and its ecology, history, astronomy and Andean architecture, while creating a story in which the guests play a role within the park’s scenery. 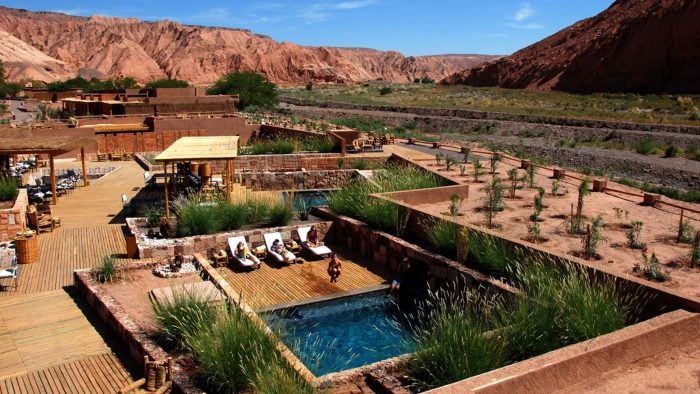 Naturally, this project didn’t come without its challenges as Veronica endeavoured to design the site without interfering with the pristine surroundings. “My objective was to accomplish this without damaging or altering the true essence of the place,” she explains, “in spite of what needed to be done.”

Veronica achieved this by sourcing the materials from the Atacama. “I roamed the mountains and plains for six months,” she says, “ I climbed steep mountains and descended into deep ravines until I found the perfect material for each of the items that needed to be built. It was exhausting but exciting.” 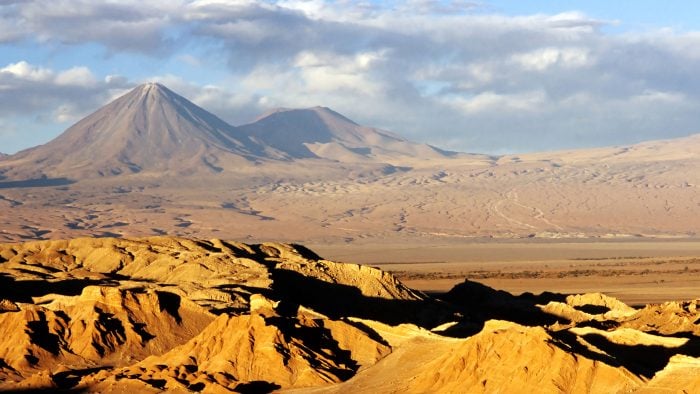 Since completing this project, Veronica has enjoyed the fruits of her labour. “It’s pleased me to see the end result and to witness the emotions of the guests enjoying it,” she says, “I’m also happy when I see the trees I grew from seeds collected within the San Pedro area, knowing that they live for hundreds of years.”

Testament to the success of the creation of Alto Atacama, National Geographic named the hotel among the best in Chile in their Stay List. “I definitely felt honoured,” Veronica says excitedly, “I never dreamt I was going to receive such a distinction.” 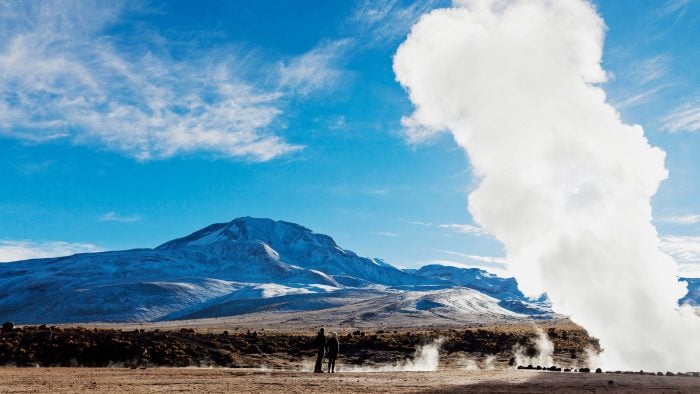 From Alto Atacama guests can walk or cycle into the immense Rio San Pedro Valley, all the way down to the village Catarpe. The ancient fortress Pukara is also close by, along with Cerro Calvario; the tallest mountain in the area. Private guides can be arranged for any of these excursions.

“The surrounding mountains meet the hotel’s grounds, allowing guests to climb them at any time.”

“The surrounding mountains meet the hotel’s grounds,” Veronica says, “allowing guests to climb them at any time because they’re right there.” At Alto Atacama guests can feed the llamas, visit the open air geological museum, bath in the pools, visit the spa and star gaze from the hot tub or through the hotel’s telescope. 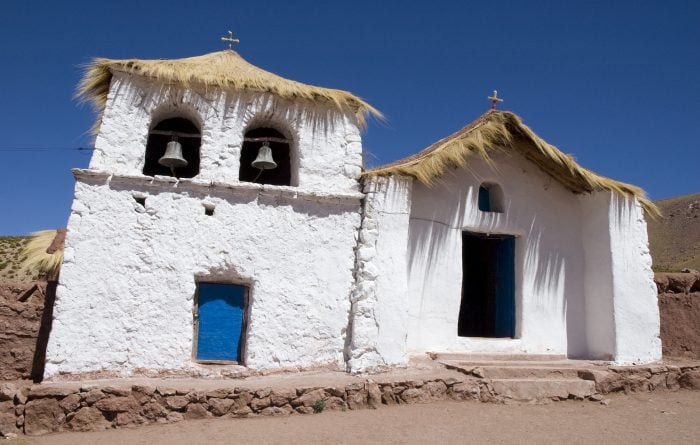 Veronica tells us: “Nature and the migration of stars determine the evolution of time in the Altiplano. Living within nature is one of the things I have enjoyed the most and Alto Atacama is, for some reason, a place where communication comes easily; conversations are fluid and joyful.”

Guests are well fed as the hotel’s restaurant uses produce from the on-site garden and once a week hosts a barbecue, which is cooked in the pool-side fireplace, with regular performances by local musicians and dancers. 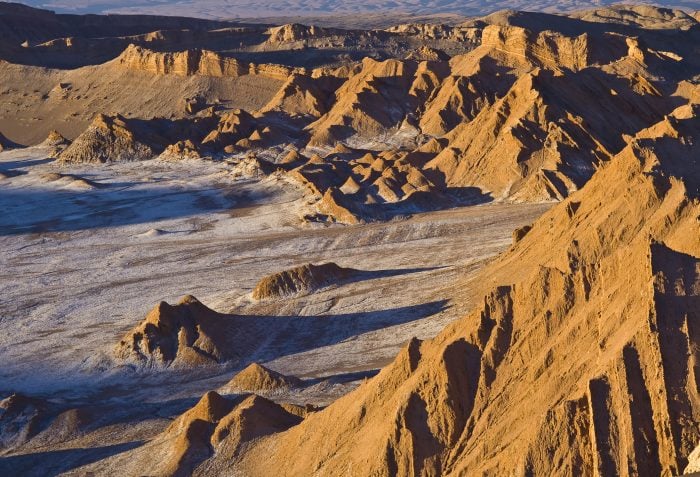 Originally from Santiago and having lived and travelled around Chile, Veronica rates the Altiplanic region above all others.

Trained as a biologist and experienced in botany, Veronica taught and carried out research for many years, during which time she studied plants from extreme conditions such as the Atacama, and developed a greater interest in all aspects of the Andean world.

“I lost my scientific formality when investigating nature and let art, sensitivity and beauty gently invade my perception and interests,” she says. 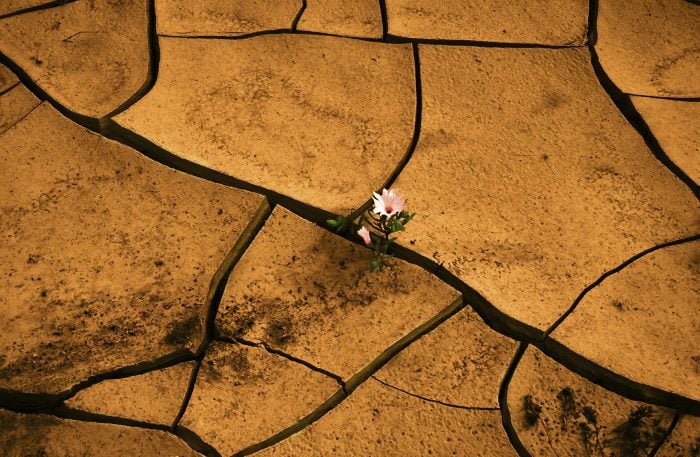 While studying, Veronica came across a discarded plant, which she noticed wasn’t listed among those of Salar de Atacama where it had been found. As a result she published an article, which lead to an invitation to join an expedition to the Atacama as the group’s botanist. Veronica went on to publish more articles on plants in extreme conditions.

On these field trips to northern Chile, Veronica fell in love with its unique beauty. She then travelled to Paris where she trained as a landscape architect and horticulturalist, going on to develop her signature style of landscape architecture, which is now known as Andean Scape. 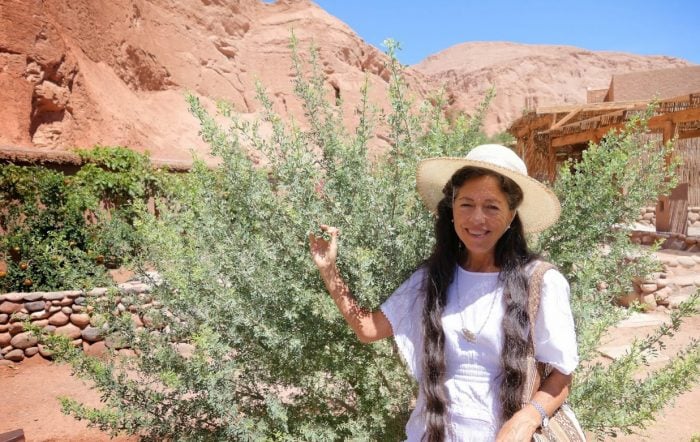 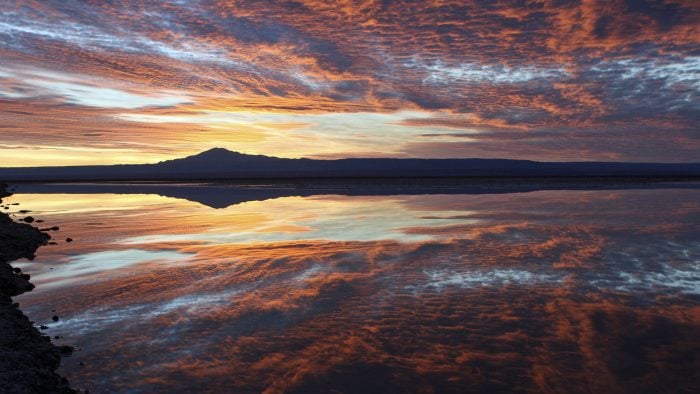