Kayaking through some of the world’s most beautiful bays, hiking national parks and going on a scenic helicopter flight with former All Blacks captain Richie McCaw – every moment of my time in New Zealand’s South Island was as action-packed as it was breathtakingly beautiful. Christchurch is rebuilding after the earthquake of 2011. The innovative Re:Start Mall in the centre of town is made of shipping containers and was one of the first things to be rebuilt, allowing local businesses to continue serving the community in a creative, fun space. Kaikoura is home to several species of whales and dolphins who live here all year round. I took a scenic flight out and saw a sperm whale and a pod of dolphins who were playing with some swimmers not far off the coast. Kaikoura is also home to a lot of seal colonies and just beyond the settlement there is a waterfall where you can watch seal pups playing from May to September. I stayed right in the heart of the Marlborough Sounds at Bay of Many Coves. It is only reachable by water taxi or helicopter and either way you are going to get some stunning views. The water is crystal clear and you can often spot dolphins playing just off the jetty (although sadly I didn’t!). 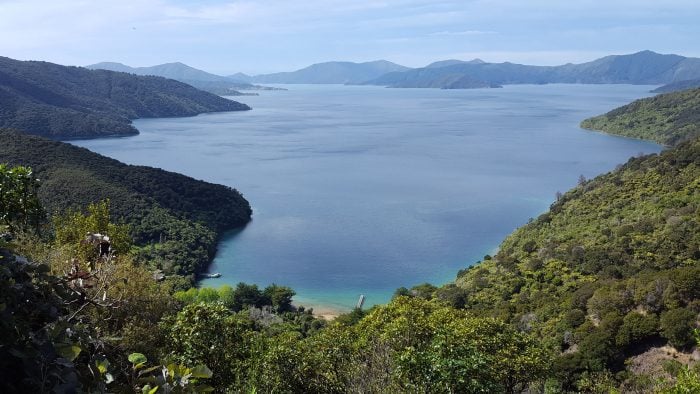 I walked a 15km portion of the Queen Charlotte Track. It was a great way to do it; being dropped off and picked up at the other end by water taxi means you do not need to backtrack. You only need a reasonable fitness level to do this and the views are totally worth the slightly steep bit at the beginning! Kayaking in the Abel Tasman National Park was definitely a bucket list thing for me. It is one of the smallest national parks in New Zealand, but I would argue one of the most beautiful, characterised by its secluded golden sand beaches and playful seals (who are too quick to take photos of when they are under your kayak!). Split Apple Rock is a famous landmark of the Abel Tasman, and is actually just off the beach below Split Apple Retreat. The rock was split in half millions of years ago. My first time in a helicopter was an amazing experience. We flew out of Queenstown towards Milford Sound. It is a great way to beat the crowds, arriving much earlier than those driving, and getting some spectacular views along the way. 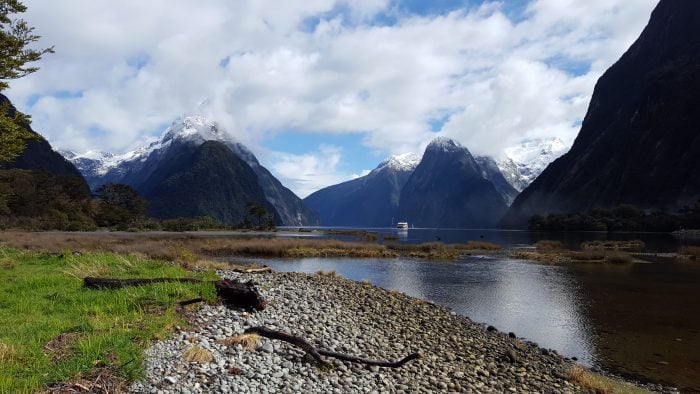 Milford Sound was every bit as stunning as I had hoped. We had the chance to walk around and see waterfalls and wildlife before taking the helicopter all the way out to the coast and landing on a windswept beach. 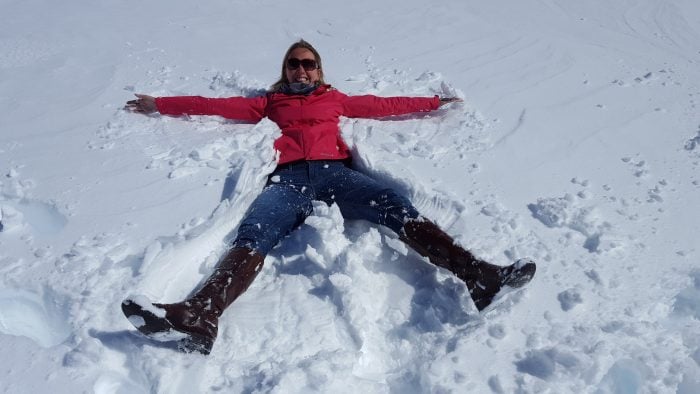 Landing on a snow-capped mountain was amazing, and of course, I had to do a snow angel in the pristine snow! 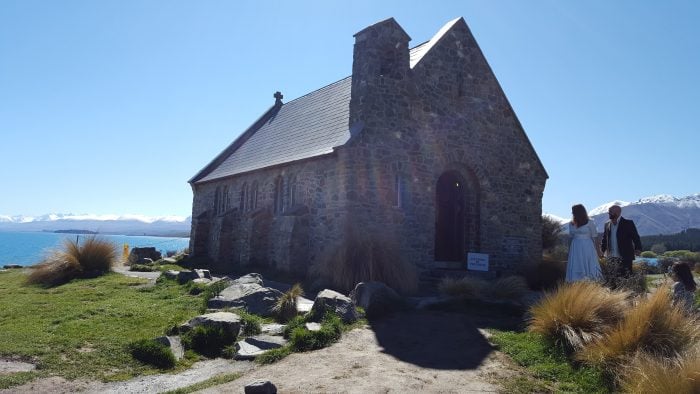 This is the most photographed church in New Zealand, the Church of the Good Shepherd, right on the shore of Lake Tekapo. I was lucky enough to catch it just as the bride and groom emerged from their wedding – what a beautiful day for it! 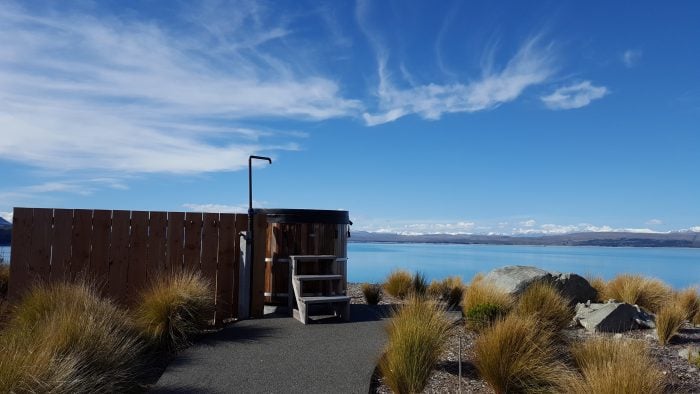 This hot tub at the Mount Cook Retreat, on the shores of Lake Pukaki is just what you need after a day of exploring Lake Tekapo and the Mount Cook National Park. The lake is fed by a glacier which gives it the most amazing turquoise blue colour. 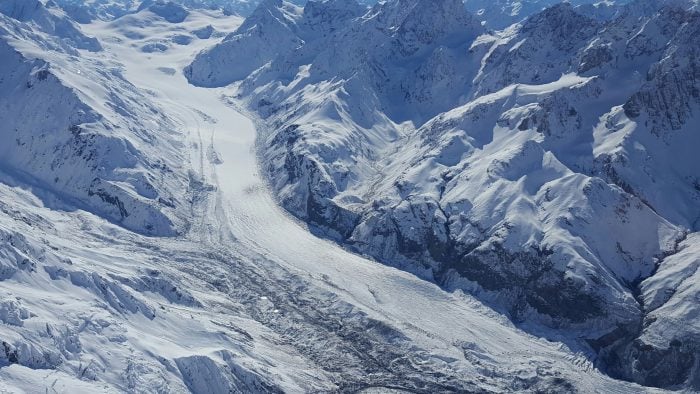 This scenic flight over the Mt Cook National Park is a must-do. You see all three famous glaciers, Franz Joseph, Fox and Tasman Glacier, as well as getting up close to Aoraki/Mount Cook, New Zealand’s tallest mountain at 12,218 ft. Annandale, just outside Christchurch, was a real highlight for me, I felt like I was staying in a James Bond lair! You are totally secluded in your own private bay, with only the local sheep and cows for company. This day was possibly the best day of my life. This is Richie McCaw, recently retired captain of the All Blacks (New Zealand’s rugby team) and now a pilot for Christchurch Helicopters. He can fly you around the South Island whilst regaling you with tales from his rugby days!