Set aside enough time in the Peruvian capital to explore these three diverse neighbourhoods. 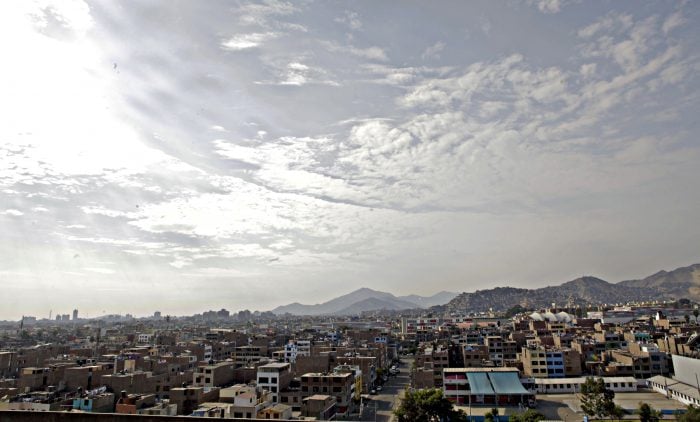 Image above and cover photo by Joe Baur.

Peru is best known for the ancient ruins of Machu Picchu but there’s also a vibrant city right on the coast that’s worth exploring. With an increasingly popular culinary scene, foodies are flying right over the famed Inca ruins to get to la Ciudad de los Reyes, or the City of Kings. Of course I’m talking about Lima, and although a novel could be written about the city’s neighbourhoods, these three stand out the most. 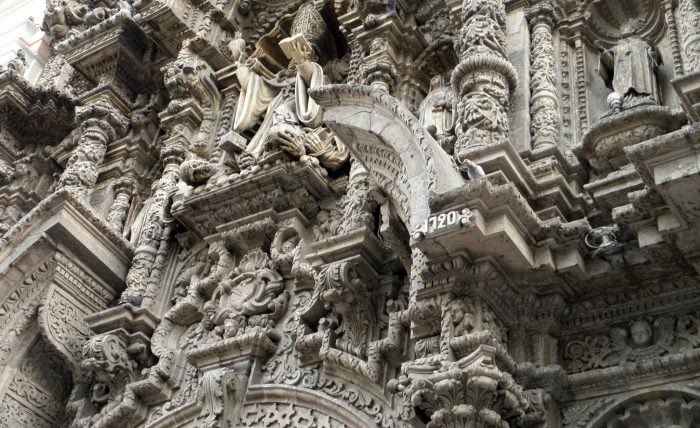 The historic centre is easily Lima’s most attractive neighbourhood for architecture buffs and wanderers alike. With history dating back to the city’s founding in 1535 by Francisco Pizarro, this neighbourhood in the heart of Lima is now a UNESCO World Heritage site, thanks to the density of historic monuments created during the Spanish conquest.

The Plaza de Armas is the official birthplace of Lima and now serves as a welcoming green space lined with benches for passersby to spend an afternoon people watching. An intricate water fountain, reminiscent of the grandeur of its period, has stood as the plaza’s centrepiece since 1651, surrounded by the Government Palace, the Cathedral of Lima, the Archbishop’s Palace of Lima, the Municipal Palace and the Palace of the Union – the colonial architecture providing a stark contrast to its surroundings in a city of ‘haves and have nots’.

Peruvians have a strong claim to pisco sours, a cocktail made of the high-proof spirit pisco that’s distilled from grape wine, with key lime juice, egg white, Angostura bitters and ice. Originally created in Lima by the American bartender Victor Vaughen back in the 1920s, pisco sours have become a late night and lunch favourite throughout Peru. Any tour of Lima’s pisco sour scene should begin at the bar in the Maury Hotel, not even a block away from the Plaza de Armas. Dimly lit with dark wood panelling, legend says this is the original home of the pisco sour. Whether it’s true or not, walking inside certainly feels like a wormhole into the early 20th century.

Bodega Queirolo offers a completely different feel near lively Plaza San Martin. Locals jam away in one room like drunken sailors on a ship lost at sea. North Americans might feel like they’re back home at a local diner, only with a cacophony of Spanish chatter slicing the air and a selection of tapas to choose from.

The energy is turned up on the southern corner of Plaza San Martin at Vichama Bar. Peruvians have no issue packing into this space to inch closer to the main stage. Cristal and Cusqueña national beers flow heavily, and of course you can always pop outside back to San Martin for some fresh air and street-side grilled pancita and anticuchos (cow intestines and heart, respectively).

Parque Kennedy works as the cultural and social epicentre of Lima’s most internationally renowned barrio, so this is where an overwhelming majority of travellers end up. Elder Peruvians can be found clapping and singing to traditional Peruvian music within the park, while a younger crowd of locals strum away to a more modern set of tunes. The park is also known for its collection of stray cats darting around the manicured gardens.

La Lucha Sangucheria is a long-standing local and traveller favourite with no shortage of tasty sandwiches and drink combinations to choose from. You can never go wrong with pollo a la leña (rotisserie chicken) and jugo de fresa (strawberry juice).

Another option outside the chaos of Parque Kennedy is Saqra with one of the more modern and chic vibes in Lima’s world-famous restaurant scene. Try more of what they have on offer by asking for multiple small plates and chatting with Corali Ormeño Michelena, Saqra’s friendly manager whose warm smile and excitement for Lima’s cuisine make you feel right at home.

Finally, burn it all off with a long run, urban hike or bike ride along Lima’s impressive coastal road, Costa Verde, which stretches through Miraflores into its bordering coastal neighbourhoods. Lined with parks suited for everyone from athletes to romantics, this is without a doubt one of the finer urban green spaces a traveller can find worldwide.

Any foreign pedestrian in Barranco will be able to decipher quickly that this is the preeminent neighbourhood for any Limeño involved in the arts. Musicians, photographers, and artists all happily call Barranco home.

The transition between overtly modern Miraflores and bohemian Barranco makes this neighbourhood seem gritty, though this is a tad ironic considering its standing as a beach resort for the aristocrats of Lima in the 19th century.

Although the makeup of the neighbourhood has certainly changed over the centuries, the coast remains a popular hub, in particular for the international surfing community. Barranco is one of the few places where you can find surfers trotting down the street in their wetsuits alongside musicians with instruments strapped to their backs.

Further exploration reveals a stunning collection of late-colonial architecture that appears to be well intact. Parque Barranco, or Plaza de Armas Barranco, is a treat for an evening stroll. Nicely groomed gardens with an array of colourful flowers serves as the park’s centrepiece, surrounded by wide walking spaces for pedestrians to mingle. Skaters take advantage of the space, alongside breakdancers. Iglesia La Santísima Cruz anchors the northern corner in all its colonial beauty, opposite the municipal biblioteca (library), with an eclectic combination of bars, nightclubs and restaurants around every corner too, catering to young Peruvians, or those who are simply young at heart, with a flare for creativity.

La Verdad de la Milanesa stands out from the pack for its elegant colonial façade and cosy interior with brick pillars and stucco walls. Pizza is their specialty, but anytime you can get a fried egg on cheese and tomato sauce, washed down with an imported or Peruvian craft beer.