Top chef Gastón Riveira of La Cabrera gives us his tips on what to eat in the Argentine city that’s built a fine reputation for its exciting food scene.

Argentina’s culinary heritage and top quality produce, with the added influence of Spanish and Italian immigrants, has culminated in a food scene that the local people have a passion for. With its especially strong European influence and the nearby ranches of the Pampas, the capital Buenos Aires offers outstanding beef, most typically barbecued or breaded and fried, and Italian pizza, pasta and ice cream, as well as street eats like the savoury pastries known as empanadas that can be found across the city’s food loving neighbourhoods. One of Latin America’s top chefs, Gastón Riveira of the renowned Buenos Aires restaurant La Cabrera, gives us his tips on how to experience the best of his city’s cuisine. ‘The European culture that influences Buenos Aires, therefore assimilating the world’s latest innovations faster, is what makes the city’s food scene so different. In Argentina the raw ingredients are cultivated and reared in our own country too, so our national dish is the meat that we have here. There’s a great offering and variety of sirloin steaks and short ribs especially.’

‘Try the city’s Creole pasties [savoury meat pastries, known as empanadas], a Creole stew called locro [deriving from the Andean region, this dish incorporates corn, meat and vegetables], and the wide range of offal and vegetables that are cultivated on this region’s farms.’

‘There’s no doubt that La Cabrera will provide a medley of Argentina’s typical dishes, using the best raw materials and the most careful elaboration.’

Among Buenos Aires’ many steakhouses, known locally as Parillas, La Cabrera stands out for its lively atmosphere, unique decor and faultlessly executed Argentine cuisine. The restaurant was named one of Latin America’s top 50 restaurants in the 2014 San Pellegrino awards. ‘My favourite area is Palermo because of its great offering and wide variety of gastronomic delights, as well as its architecture and ambience.’

As Buenos Aires’ largest neighbourhood, Palermo is split into smaller areas, from the oldest area of Palermo Viejo to the more bohemian Palermo Soho. The neighbourhood is bursting with both international and Argentine cafes and restaurants.

‘Definitely try the grilled meats for a local food experience. There are a lot of restaurants and parillas here, which all have different proposals, so where you go depends on what you wish to have that day. All of them offer great value and are welcoming to tourists.’ 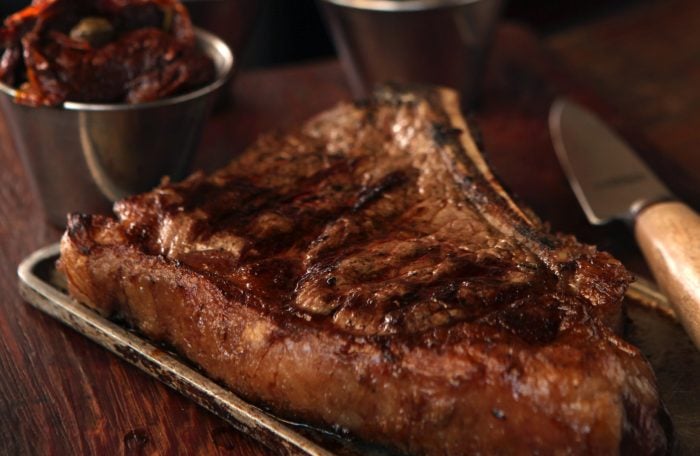 This festival is a biannual event during which the city’s most exclusive restaurants offer special lunch and dinner sets for prices that wouldn’t ordinarily be possible, giving devout foodies the chance to tour Buenos Aires’ culinary hotspots.