Explorer Sir Ranulph Fiennes in an Interview with Jacada

Having climbed Everest and crossed both polar ice-caps, Ranulph Fiennes is the greatest explorer of our time. The intrepid traveller talks to Jacada about his incredible journeys across the globe.

Named the world’s greatest living explorer by The Guinness Book of Records, Sir Ranulph Fiennes has an astounding number of accolades under his belt, including having been the first to reach both the North and South Pole, alongside charity challenges such as running seven marathons in seven days over seven continents, and numerous other polar and desert expeditions. In 2009 Ranulph summited Everest, making him the first person to have climbed the world’s highest peak as well as cross both polar ice-caps; all of which was perhaps defined by his years spent serving in the British army. Between his travels, the explorer has written a number of both fiction and nonfiction books, including his autobiography Mad, Bad and Dangerous to Know, and the book he claims to like best Where Soldiers Fear to Tread, based on his time spent serving in Oman. “It’s the period I’m most proud of,” he says, “having done something that really helped a country, over two and a half vital years.” Having circumnavigated the globe, Ranulph shares his stories of where he was happiest, his most fearful moment, and eating goats’ eyes in Oman.

You’ve spent time in many parts of the world. Where would you say you’ve been the happiest?

I was definitely happiest in Dhofar, when I was working for the Sultan of Oman in his army for three years. I felt I was doing good and that my army training in Europe was coming in useful to stop the takeover of a wonderful Muslim country by a Marxist movement based from the Yemen.

Where would you choose to go back to?

I would like to go to the place I was brought up, which is South Africa. Whenever I possibly can, I go back to the Cape province. The people there are particularly nice and I’ve got lots of family, friends and memories there.

Have you explored much more of South Africa?

Yes, but not as much as I would have liked. My mother would take all my three sisters, who are much older, to places like Kruger National Park, and leave little me with an aunty. But, I’ve made up on that since with trips to various parts of South Africa.

One place that I had always wanted to go to, and have now been to, is Namibia. I wanted to go because of the amazing photos I was shown when I was little. I thought, what a wonderful place to go, right out on the hot sand dunes where there were gazelles and oryx; a wonderfully romantic place on the gold coast, with wrecks of ships, the Orange River, the Kalahari and the bushmen. It’s right out of the stories that I read. 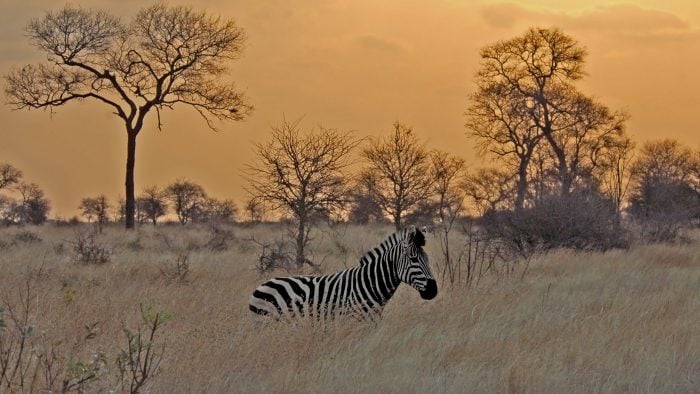 How has travel changed over the years that you’ve been exploring?

Travel is infinitely easier; flights are more frequent, going to far more places. If you’re travelling for a holiday, not an expedition, it is much easier and more pleasant. Holidays and expeditions are totally different though. On expeditions we are usually trying to break a record, and the reason it hasn’t been broken by our very able predecessors is that it’s very difficult and very remote, and even now there aren’t any aircraft flying out there.

Now that even intrepid locations have become more accessible though, do you think there’s a crossover between travel and the real intrepid expeditions?

Yes. When I was little, if you met someone who’d been up Mount Everest, they were absolutely unique; the giant of a person; a god. Now, pretty much everybody’s granny goes up there at the weekend.

How accessible is polar exploration now?

What we were doing in the ‘60s, ‘70s, ‘80s and the beginning of the ‘90s was attempting to break world records, not gimmicky records, but straightforward man against the elements records, like who would be the first human to cross the continent of Antarctica with nothing other than what they carried on day one; not the first to the South Pole on a pogo stick or the North Pole by camel. There’s a difference between being the first human to do something the hard way, and doing it in the footsteps of somebody but in a slightly different way. 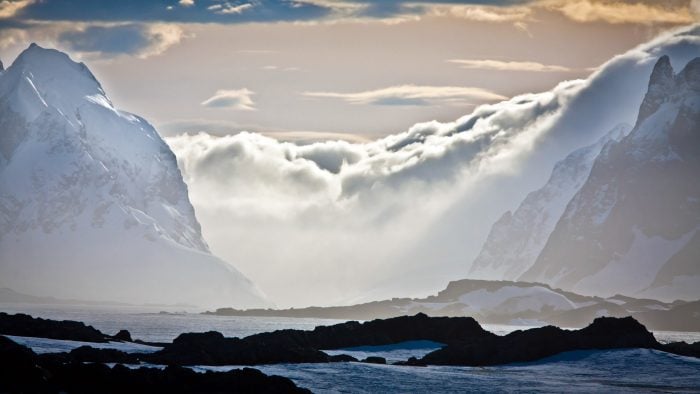 Are you planning to go back to polar region?

It depends if there’s still a record to be broken. Either we, the Norwegians or the Canadians have broken most of the existing records over the last 36 years. It’s not difficult to see why there might not be any more to break, as there are only two Poles, while with mountain climbing there are hundreds and thousands.

Would you choose to go back to the Arctic or Antarctica?

Whichever one has the next record to be broken. With the Antarctic, you might fall into a crevasse, but if you’re in the Arctic, you might fall into the Arctic Ocean. If I’m going on a holiday, I’ll agree that the big rock mountains sticking out of the ice are beautiful and really help the scenery, but on an expedition I like total whiteness, without rocks sticking out and without the open water that looks nice. We just want whiteness, because it’s more likely the next day’s travel will be less difficult. Beautiful scenery is a bad sign on that sort of expedition.

What were your impressions of Nepal and the Everest region, aside from the challenge of summiting Everest?

I thought it was wonderfully wild, beautiful and challenging looking, and I would have hated not to have spent time on both sides of Everest, in the base camps, climbing up the sides, and looking at the amazing shapes of the mountains all around. I wouldn’t have missed out on it. 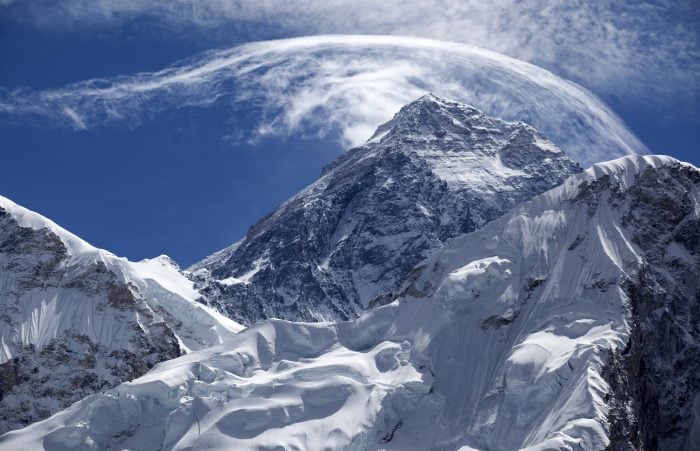 You’ve taken on a number of incredibly difficult expeditions, but what do you consider as your most challenging or fearful moment?

The most fearful would have to be back in Dhofar, cut off in enemy territory by superior forces. In nature, storms and breaking ice are frightening, but not as frightening as human beings because nature isn’t out to get you.

The most challenging is the one that took the longest – over 25 years. My late wife and I did eight major expeditions to try to locate the Lost City of Ubar. That was definitely the most challenging but we eventually found it in 1992, after starting the search in 1968.

Which expedition would you say you actually enjoyed the most?

It was very enjoyable doing the hovercraft expedition up the longest river in the world. Six of us went 4,000 miles up the River Nile. Unlike the polar and desert expeditions, we met lots of people; tribal folk who were amazingly colourful and different from one tribe to another. They helped us hugely whenever we ran into difficulties.

You’ve said that you’ve always wanted to emulate the explorers Wilfred Thesiger and Wally Herbert. Were you inspired to follow in their footsteps from an early age, or did you gain a respect for them due to your own experiences?

I knew that they were more knowledgeable than me about the desert where we were searching for the Lost City, and the Arctic and Antarctic. I got to know both of them over many years and took their advice, both in the hot and cold areas that they were experts. 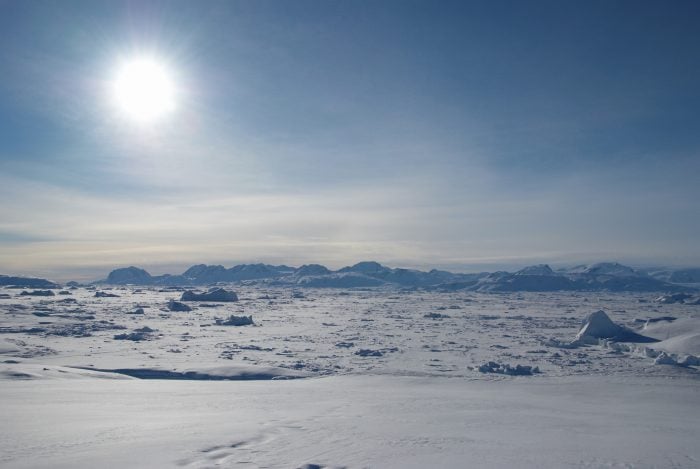 Who have you met on your travels that’s had an impact on you?

The two Arabs, Sheikh Sultan Bin Nashran and Hamad Al Khalas, who first told me they thought the Lost City of Ubar – Atlantis of the Sands – existed in the desert there. They had a huge affect on such a long period of my life spent searching for the Lost City; they came up with the idea and told me roughly where to look.

You say that your motivation for taking on expeditions is primarily to make a living, but what do you find most appealing and addictive about these intrepid challenges?

To begin with my wife and I decided that we might be able to make a living between expeditions by writing books and lecturing, but over the years another element crept in, which was competition. We learnt not to let people know what we were planning to do next because we’d find others treading on each other to get there first.

Is food ever a factor in travel for you – do you have an especially memorable meal?

It is. I ate a great many goats’ eyes in the ‘60s. I had to go round, rather like the Domesday Book, to various villages in Oman to find out how many goats they had, what the water was like and how far away it was from the main part of the village. In every village they were very hospitable and put food on for you. They’d always take the delicacies, like the eyes, out of the main dish and put it on your plate. It’s rude not to smile while you look as if you like them. 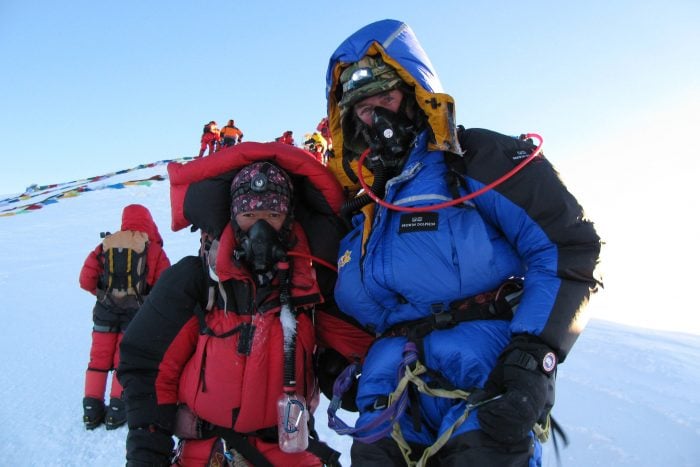 In your autobiography you talk about some notebooks that you’d brought back from a hut in Antarctica. Do you have a souvenir from your travels that you treasure?

I’ve got an Arab sword that I was given by the Sheikh I told you about before.

What lesson have you learnt from your travels?

The Arabs say something that has always struck me as useful, which is that god made people with two ears and one mouth, so you do a lot better if you listen before you open your mouth.

Where are you planning to go next?

Tonight I’m going to Barcelona but I’ll be back tomorrow. I would like to go to the desert I’ve not been to yet, which is Mongolia’s Gobi desert, and particularly to see the strange camels that are unique to the Gobi. 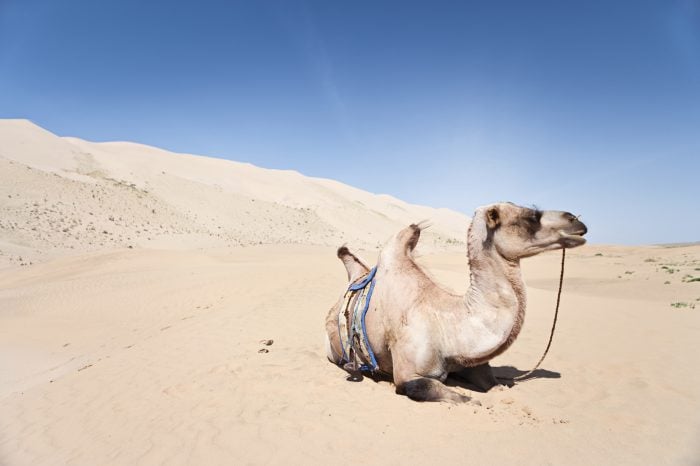