Eight Destinations Where You Can Snorkel and Dive with Sharks

Hit up these destinations to snorkel and dive with whale sharks, hammerheads, great whites and more. About 30 miles off the coast of Placencia in Belize lies Gladden Spit, an area that’s well-known for its whale shark population. April and May are the best months to spot the large filter feeding shark, and if you’re lucky, other sharks – such as bulls and hammerheads – may also drop by for a quick visit. Part of Malaysian Borneo, Layang Layang is Sabah’s hammerhead hotspot. This is one of the few places in Southeast Asia where you stand a good chance of seeing these amazing animals in the wild from March through October. In the waters of Cocos Island in Costa Rica, you can dive with scalloped hammerhead sharks. From June through October, the sharks can be found at a depth of 40 metres and are sometimes seen at cleaning stations. On the other hand, there are the Bat Islands, where you can encounter bull sharks from May through November. Checking Galapagos off your dive bucket list? Be sure to fit a visit to Wolf Island in your itinerary (only accessible via liveaboard because of its remoteness) – there’s a dive site called Shark Point here and chances are, you’ll be able to see whale sharks, hammerheads, and the Galapagos shark. Black and white tip reef sharks can be found almost everywhere in the waters of Indonesia‘s Gili Islands, but if you prefer to see the big boys, visit places like Cenderawasih Bay in West Papua for whale sharks and South Lombok for hammerheads. 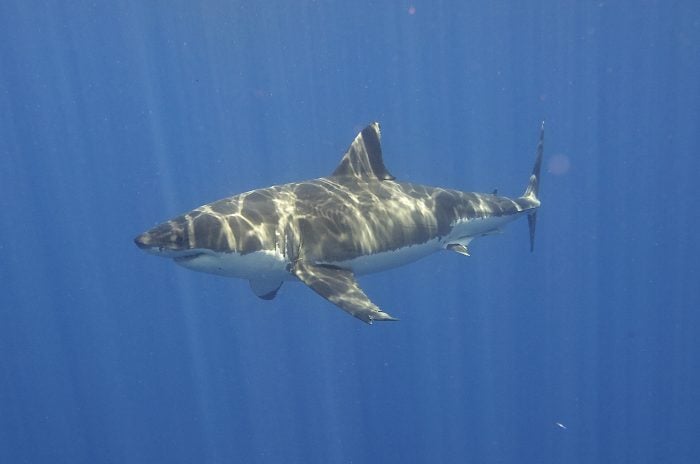 What you intend to see dictates which part of Mexico you’ll end up in for your dive trip. If you’re looking for bull sharks, go to Playa del Carmen anytime from November through March. For great whites, head to Guadalupe Island from August through October. Hoping to swim with whale sharks? Sign up for a tour and take a boat out to Isla Mujeres from June through September. Make a beeline for the small town of Tofo in Mozambique if you want to snorkel and dive with whale sharks; The area is home to one of the world’s highest whale shark populations. The gentle giants tend to cruise by from October through March. Known as the great white shark capital of the world, South Africa is the place to go if you want to see the majestic apex predator up close. Cage diving with great whites in the fishing town of Gansbaai is guaranteed to be one exhilarating activity.