Made up of three states – Yucatán, Quintana Roo and Campeche – the Yucatán Peninsula is one of the most beautiful regions in Central America and has almost universal appeal, with perfect Caribbean beaches, great snorkelling and diving opportunities, vibrant and ancient cultures, and diverse wildlife. Here’s our top pick of where to go, what to see, and where to stay. 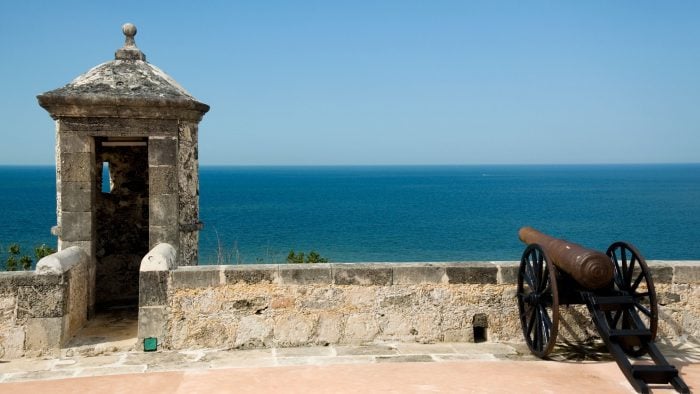 WHAT TO SEE AND DO

Some of the most attractive and accessible (for example, Ik Kil, just outside Chichén Itzá) are also the busiest. We can make sure you visit the lesser-known, quieter cenotes on a private tour with lunch. 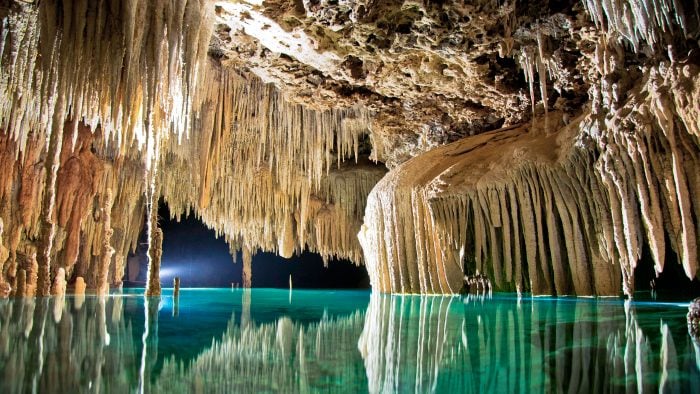 For diving enthusiasts, there are some incredible sites around the Yucatán Peninsula.

Cozumel, an island just off the Riviera Maya coastline, is a fantastic spot for diving, with popular sites like Punta Sur, which has caves and fissures to explore. Devil’s Throat is a well-known cave that opens up into a massive cathedral.

You can also dive in cenotes, such as the Gran Cenote.

Diving conditions are good year-round, but the water is warmest from May to November. Hurricanes usually occur between August and October, although the season runs from June to November.

Snorkellers will have just as much to keep them busy, as the Great Mesoamerican Reef – the world’s second largest after the Great Barrier Reef – stretches along the Riviera Maya coastline, providing plenty of great spots to snorkel with turtles, shoals of tropical fish and, at certain times of the year, whale sharks. 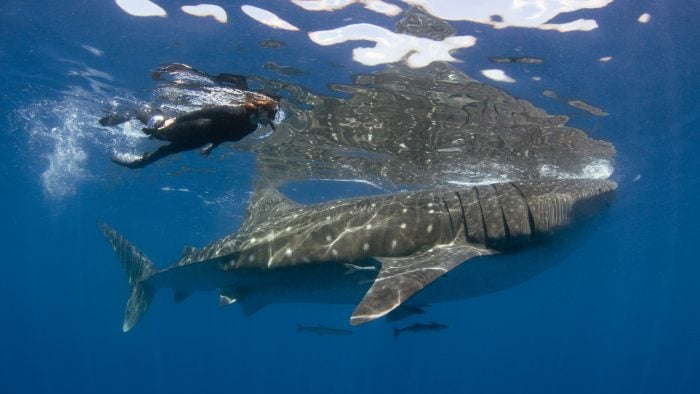 At over 1000 years old, Chichén Itzá is one of the best preserved Mayan ruin sites on the Yucatán Peninsula and its centre piece is the incredible pyramid El Castillo. A UNESCO World Heritage Site since 1988, Chichén Itzá has also been included in the New Seven Wonders of the World.

Chichén Itzá is easy to access by car, as it is on a main road and well signposted. It’s just under three hours from Playa del Carmen and ninety minutes from Mérida, so entirely possible to visit as a day-trip. If you’re driving from Playa, make sure you stop off at the pretty colonial city of Valladolid en route.

Much quieter than Chichén Itzá and handily close to Mérida, Uxmal is one of the best places to see Mayan ruins for those uninterested in the crowds of Chichén Itzá. At the centre of the Uxmal complex is the impressive Pyramid of the Soothsayer.

It is just over 60km south of Mérida, so easily accessed for a day-trip. 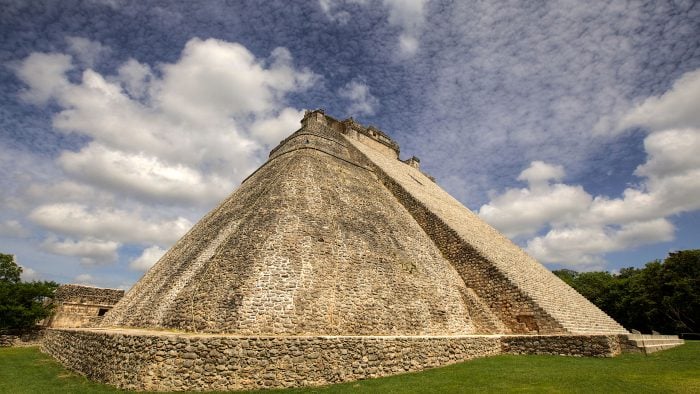 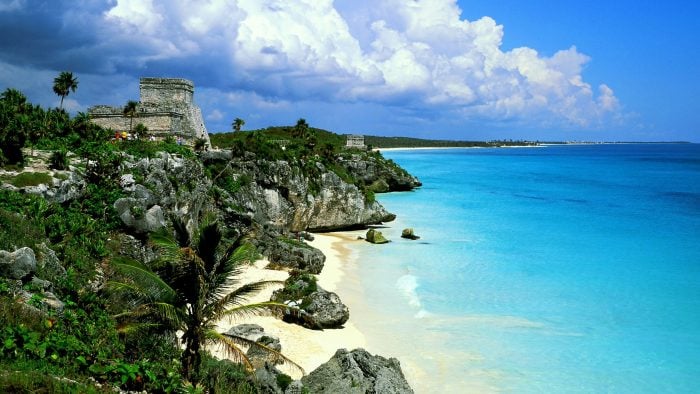 Dazzling blue waters lap the white-sand shores of Tulum, a small, sleepy town about an hour south of Playa. For those hoping to get some R&R during their trip to the Yucatán Peninsula, a few nights in Tulum are much recommended.

The beach isn’t the only attraction here: Tulum is also known for its Mayan ruins, which are set up on the cliff above the beach.

Where to Stay: BE Tulum 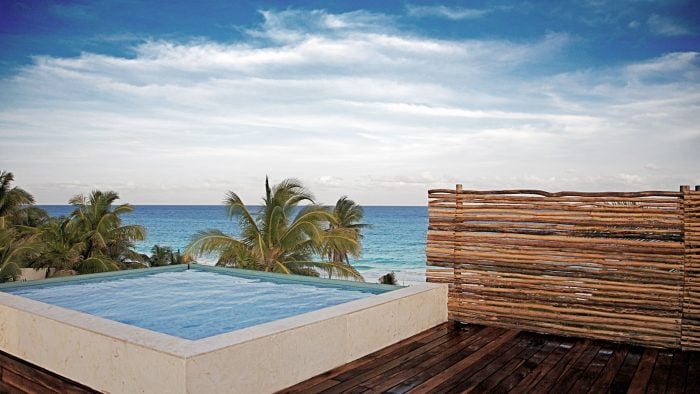 Playa del Carmen – or simply ‘Playa’ – is a lively town on the Riviera Maya, in between Tulum and Cancún. Playa still has a relaxed vibe, but there are plenty of restaurants and bars to keep visitors happy and entertained in the evening.

During the day, you can take day-trips from Playa or simply chill out on the beaches. It’s a good base for those who like a bit of nightlife and having plenty of five-star hotel options, but don’t want to stay in a city like Cancún.

Where to Stay: Maroma Resort & Spa 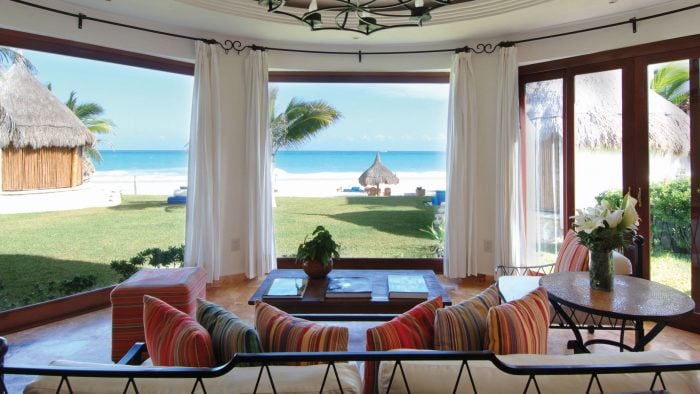 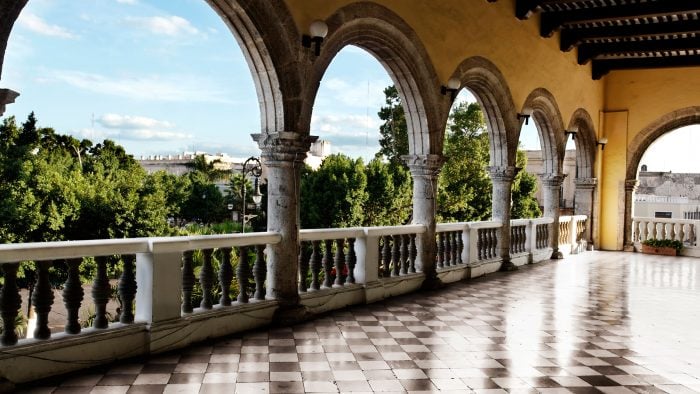 The capital of the Yucatán, Mérida is a big city that acts as a cultural centre for the south of Mexico. For market browsing and historic sights, Mérida is a great destination, also boasting excellent museums such as the Museo de Arte Contemporáneo.

Mérida is a convenient jumping off point for trips around the peninsula too, including Uxmal, Chichén Itzá and the Gulf beaches.

Where to Stay: Rosas y Xocolate 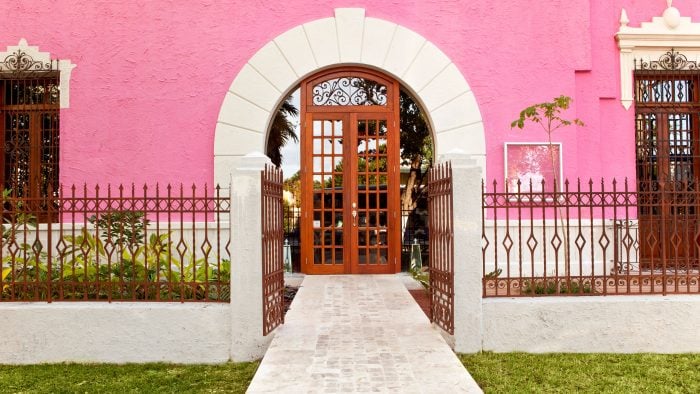 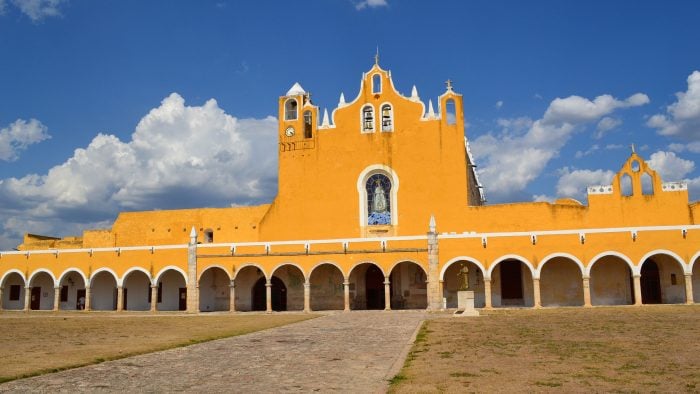 The countryside around Mérida is simply beautiful and there are lots of stunning villas and haciendas in which visitors can spend a few relaxing days. One of the places we love around Mérida is Izamal, a gorgeous, chilled-out colonial town, which was a Mayan worship site prior to the arrival of the Spanish.

Izamal is sometimes known as The Yellow City due to its yellow buildings, and is home to a very grand Franciscan monastery.

Where to Stay: Casa Azul (Izamal) 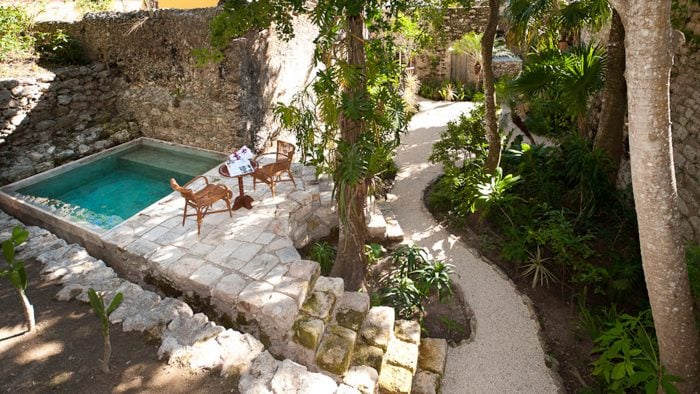 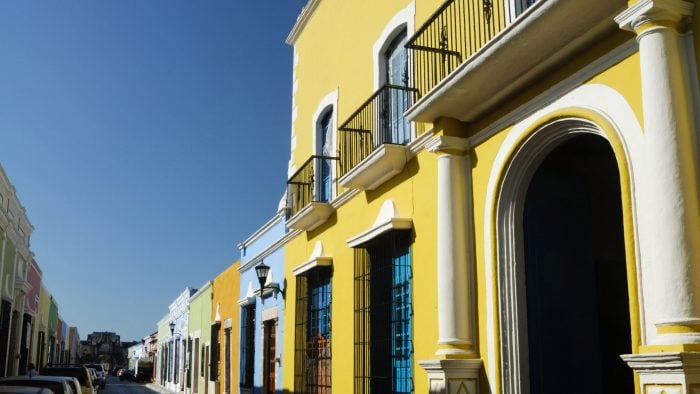 This old Spanish colonial harbour town dates back to 1540 (when it was built over the Mayan city of An Can Pech). With pretty pastel-shade buildings and cobbled streets, Campeche’s historic fortified centre is a UNESCO World Heritage Site.

Campeche is a relaxing place to spend a few days exploring the historic town, the nearby Mayan ruins, and the Petenes-ria Celestun National Park for wildlife that includes monkeys, toucans and even the occasional jaguar and puma (if you’re very lucky!).

Where to Stay: Hacienda Puerta Campeche 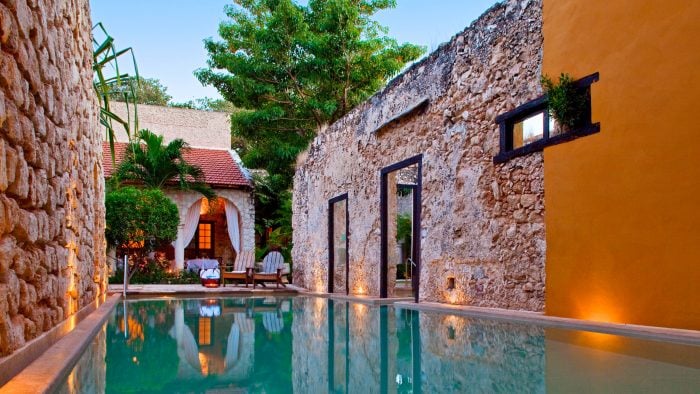 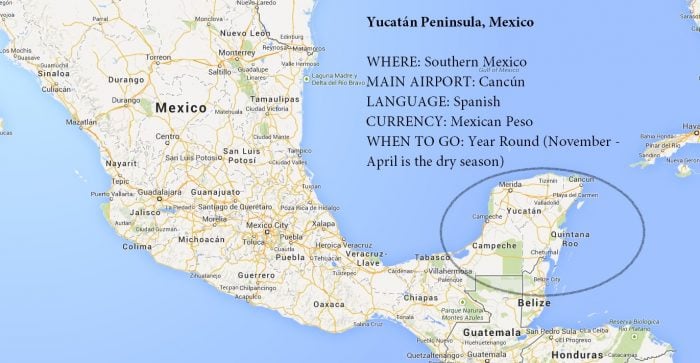